Residents of the Burren region in Co. Clare continued to mark an ancient tradition in the area this past weekend, with a community cattle drive to move cattle to winterage pastures in the area.

According to organisers, the event was a “tremendous success”, with hundreds of people on hand to join local farmer Aoife Forde and her family – who own the cattle involved – on the drive.

The event took place on Sunday, October 27, in Carron, north Clare, not far from the Co. Galway border. 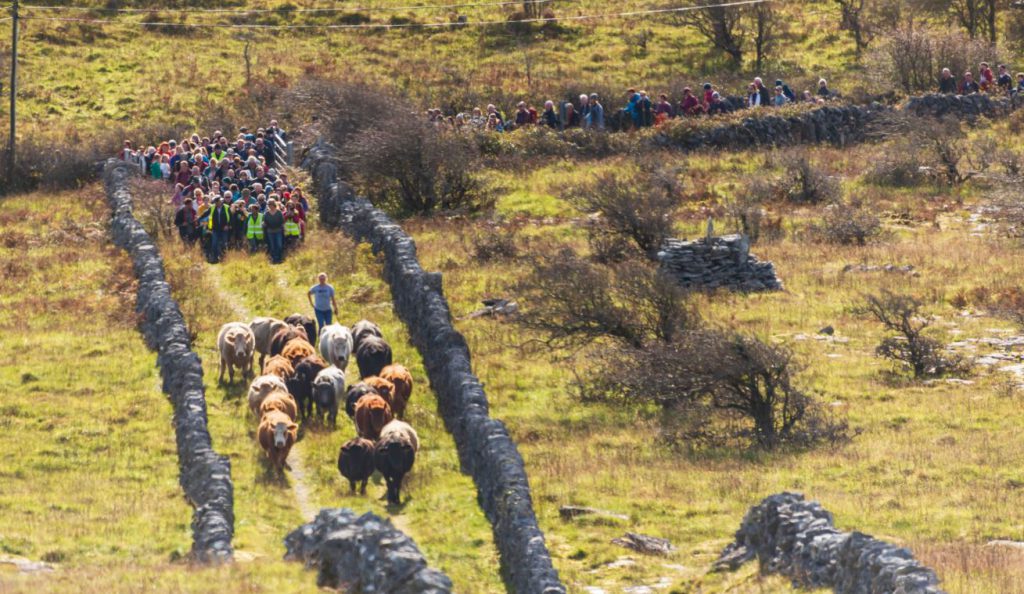 The cattle drive is meant as a celebration of the Burren tradition of winterage, which was recently added to Ireland’s list of intangible Cultural Heritage.

Members of the local community were invited out to join Aoife, 23, and her family for the drive, which not only acknowledges an ancient tradition, but also “plays a vital role in conserving the Burren’s famous landscape and biodiversity”. 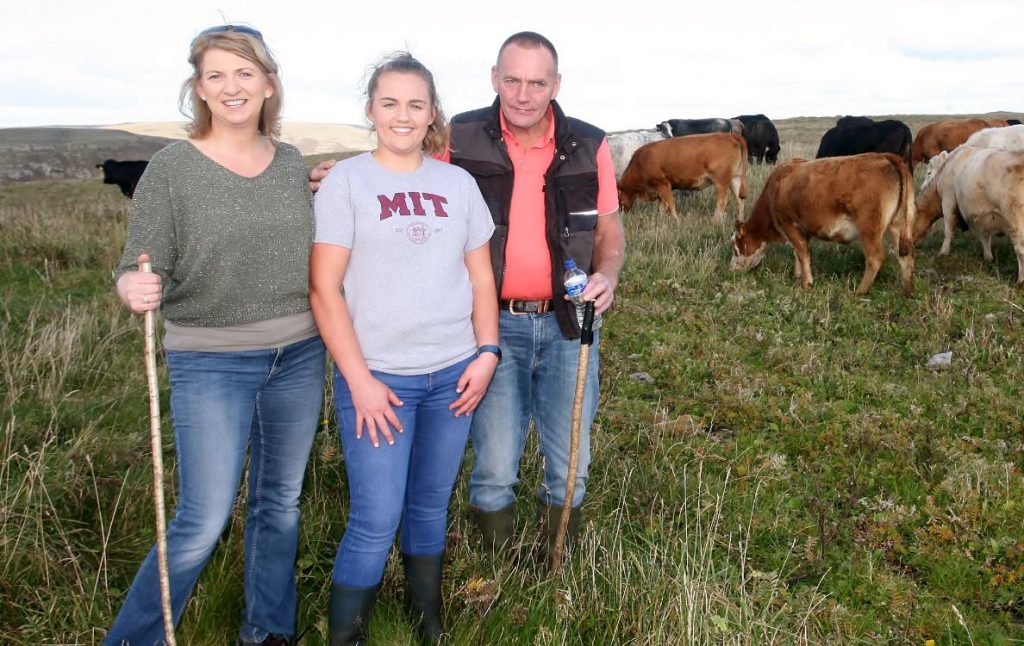 “The cattle drive demonstrates the pride that people living in the Burren feel about the farmers and farming heritage of the Burren,” said Brendan Dunford, manager of the Burren Programme.

“This year we were delighted to have Aoife Forde and her family leading the cattle drive. Aoife has grown up in the heart of the Burren, farming alongside her father P.J. and her mother Fiona. At 23, she is pursuing a Masters in Agriculture Innovation and Support, and is passionate about farming for nature in the Burren,” Dunford added. 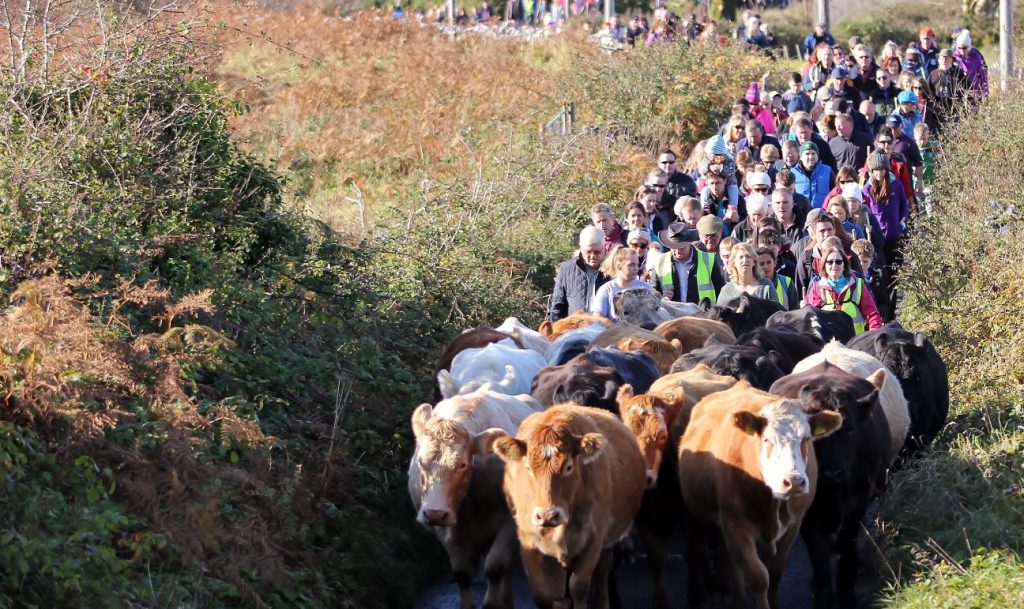 He observed: “The future of the Burren depends on young farmers like her.”

The practice of winterage is unique to the Burren and the Aran Islands, and sees cattle herded from the lowlands to the highlands for winter grazing.

As well as bringing benefits for the cattle and farmers, the practice has also been demonstrated to help protect the biodiversity of the region.