‘Building the mindset to a renewable Ireland’

Reducing greenhouse emissions, focusing on renewable energies and working collectively are just a number of factors that one industry expert believes will assist Ireland on its decarbonisation journey.

Innovation and business development manager at Gas Networks Ireland (GNI), Ian Kilgallon, spoke to AgriLand recently and explained that no one target can be reached without “all renewable energies working together”.

He said that while it was clear that environmental targets for 2050 “were very ambitious”, it was the 2030 objectives that should be the main focus for everyone – at this point in time.

“Those targets haven’t been fully nailed down yet but, despite this, the reality is that the targets are not achievable with any one technology route,” the GNI manager stated.

Kilgallon also pointed out that in any event – even for 2030 – there needs to be “quite a mix of alternatives” to achieve the necessary targets.

“Some technologies will achieve better carbon savings than others and you can certainly rank them in terms of what you can do and how much you can prioritise one over the other,” he continued.

“The best carbon footprint or carbon saving technology can only deliver so much, so you will need to look at other options and bring in a mix.”

Kilgallon went on to say that even at this point in time when examining the 2050 set-up international communities hadn’t decided on what the final target will be for that time.

“It’s even more obvious that we need to focus on renewables,” he added.

The international communities haven’t decided on a final target for 2050 but it is mooted to be between an 80% and 95% reduction in carbon from either 2005 or 2008 as the reference year.

It’s a physical impossibility if you don’t have quite a wide mix of solutions. Pretty much everything has to be on the cards by 2050 in particular.

He went on to say that where “one of the biggest confusions” to date centered was on the effort being put into the energy side of things.

“If you look at greenhouse gas emissions probably two thirds of them are nothing to do with energy at all,” confirmed Kilgallon.

“There are emissions from animals; emissions caused by fertiliser being spread on land and the reaction of the soil; emissions from manufacturing processes; and the conversion of raw material from one form into another form into product that is sold into the market.

“All of those emissions are far more significant than those that are strictly related to energy.”

Kilgallon said that as we all head into the next phase – 2030 – the mindset must be on going after other non-energy related emissions and “especially where you have emissions that can be challenged”.

“These then become an opportunity to actually generate renewable fuels and you get a double saving,” said Kilgallon.

“Tackling emissions from agriculture or manufacturing processes is one thing but if one of your key outputs is a renewable fuel then you also have the ability to tackle emissions from heat, electricity production or transport fuels,” he added.

Ireland in fairness has been a leader in renewable electricity – we can’t deny that.

The industry expert continued: “If you look at the amount of onshore wind farms and all the other initiatives around renewable electricity we are a leader in that area.”

Kilgallon also pointed out that when Ireland begins to scrutinise its own domestic energy output, it will become very evident that electricity energy only accounts for about 19% of energy demand.

“Even if you completely decarbonised your electricity in Ireland you would still have 81% of the other energy being unaffected.”

Meanwhile, Kilgallon said that there is far more opportunity to achieve the next range of targets if, collectively, instead of concentrating on more electricity renewables, we place the focus on heat energy and energy using transport.”

Kilgallon said that now that “we have done all the easy stuff” in relation to climate change, “everything else is going to be more difficult”.

“We need to find out if there will be an appetite for wind farms? Or, indeed, for large solar farms and things like that? Even then there will only be a small saving against the overall target. The better savings will be made by going after heat energy and energy using transport.”

He said that from Ireland’s point of view there are suggestions that as much as 33% of the country’s emissions are being produced by the agriculture sector.

The reality though, as he points out, is that agriculture is only part of the overall supply chain.

He continued: “We are actually a very large industrial state that on a per capita bases uses more energy and has more emissions related to manufacturing processes than all of the other European countries – bar Estonia.”

Kilgallon, meanwhile, also pointed out that Ireland is the second-largest emitter per capita in Europe.

That, he added, is largely because “we are such a large manufacturing and exporting industry”.

“Agriculture is actually a core part of that; so we think that the focus should be on agriculture and food production as a whole.

“The total emissions from agriculture and manufacturing and export is about 48% of our total greenhouse gases,” concluded Kilgallon. 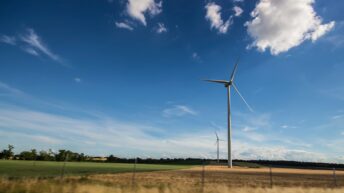