The controversy surrounding the National Broadband Plan (NBP) presents a “very revealing glimpse” of where rural Ireland is placed “by some commentators” in the state’s priorities, according to the Irish Creamery Milk Suppliers’ Association (ICMSA).

Pat McCormack, the association’s president, said that the Government was correct to roll-out the plan, and argued that the state was “duty-bound” to provide the same level of infrastructure to all areas of the country, whether they be urban or rural.

“There is no-one in Ireland today, looking at the disappearance of whole rural networks of banks, schools, Garda stations, district veterinary offices, post offices, even bus stops, who could argue that a reasonable effort has been made to provide equivalent levels of service and infrastructure in rural Ireland” as are in urban areas, argued McCormack.

It is a fact that there are areas of rural Ireland now where services and infrastructure, like those mentioned, that took a century or more to roll-out have just disappeared in less than a decade.

He argued that if a cost benefit analysis of “every cent of state spending” was applied on a rural-urban basis, then “nothing will ever get spent outside the M50 again”.

“If population density is going to be the only consideration, or the decisive consideration, than rural Ireland will always lose out, and the flight into the urban centres – with all the attendant accommodation crises that we’re seeing right now  – will actually accelerate and worsen,” claimed the ICMSA president.

McCormack said the criticisms of the plan show how rural Ireland is “viewed by some very well-placed commentators, and where our concerns are deemed to register on the national priorities list”.

Rural Ireland is not some ‘add-on’ concept or recurring cost item in the national accounts. We are citizens too and we will insist that our communities and infrastructure are factored-in and included,” argued McCormack. 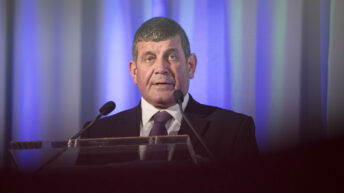