Crowds descended on Co. Kerry over the weekend to observe the 1954 World Ploughing Contest ‘Cairn of Peace’ monument as it was unveiled in the centre of Killarney, in a joyous and historic occasion, according to the National Ploughing Association (NPA).

Each year, a ‘Cairn of Peace’ is erected in the location where the competition was run and, 65 years later, the monument was unveiled in memory of the historic event.

Some 13 teams from all over the world competed over the two days in Killarney in 1954. As the monument was unveiled, flags representing each of these countries were raised as the Irish National Anthem was sung.

The 1954 winner from Coleraine, Northern Ireland, 93-year-old Hugh Barr, as representatives from the 1954 Republic of Ireland Ploughing team comprised of William Murphy and Ronald Sheane, were in attendance on the day at the ceremony. 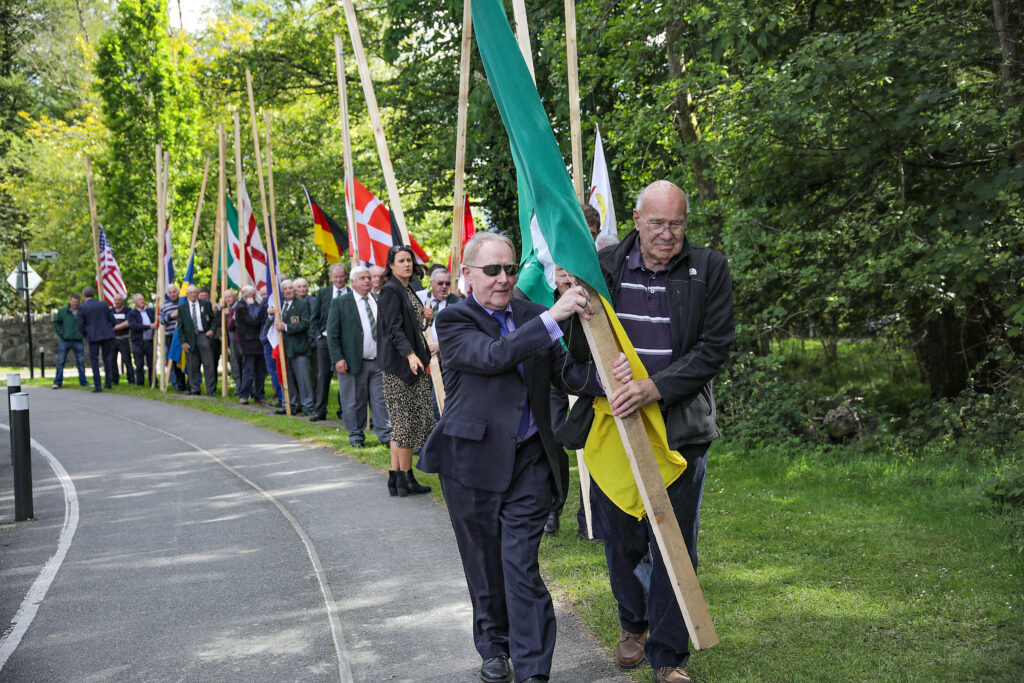 Bernard O’Sullivan, a Killarney local, designed the monument to “stand the test of time” and remind future generations of the importance of ‘Ploughing’ and the motto ‘Let Peace Cultivate the Land’.