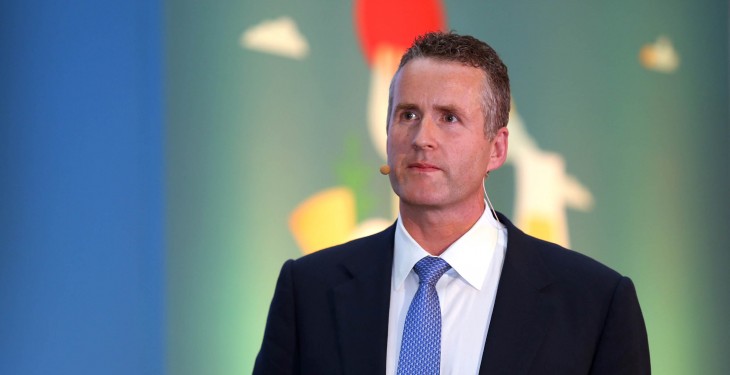 This is a caption

“I’m more interested in the monetisation’s of brands. I want to see the cash return in a brand. I’m not really interested in ideas until they convert to something.” This was the main theme of Paul Duffy chairman and CEO of the Absolute Company in his keynote speech at this week’s Bord Bia food and drink awards in Dublin.

Duffy stressed for brands that “conversion is the name of the game”.

“Unless it converts to an experience, to a conversation, to somewhat of an engagement that ultimately leads to a financial transaction where that experience is monetised. Really it’s not enough in the modern world.

He noted that the speed of change and the dynamic of change in social media is just phenomenal. “We in Absolute we are moving from thinking, from saying, from shouting, from broadcasting, to doing, to experiences to a direct conversation between us and the consumer, which will lead to some type of transaction that monetises our asset. We call that last piece closing the loop.

“There is extraordinary hype around digital space and social media. A mobile phone is now in some ways a media centre. It has incredible implications about what it can do,” he said.

At the recent Jameson opening in Midileton, Duffy noted that he was struck by how brands can thrive even in really tough times.” The Jameson story is a real success story. It’s a brand that’s absolutely on fire,” he said.

He noted that Ireland story telling emerges as theme across a lot of brands particularly the ones on show at the Bord Bia awards. Food and drink a tremendously important industry for Ireland. When I look at the Green Origin campaign I think my goodness if everybody could capture this.”

He challenged the audience by asking them: “Are you doing more than saying your sustainable? Are you adding green Ireland as a logo to your advertising communication and products. Are you really taking this on?  What behavioural changes are you going to make?”

Absolute are the fourth largest spirit company in the world. “There has been a massive shift in the way we advertise,” Duffy noted. “The old broadcast model is becoming redundant. The thing that’s most worrying business. Europe is digital. In some ways it’s a statement of the obvious. But its keeping people up at night.”

“And even if the strategy is to take your tv asset and to deploy it into YouTube or social media, I believe that’s equally as flawed a strategy because the media has changed also. But the engagement hasn’t changed. Not only are media habits changing. There is now developing advertising scepticism among younger groups. Speed of information is so dynamic and fast.”

Duffy challenged the food and drink companies present: “Do consumers understand what you are saying? Are they positive about what they are saying and are you growing your share disproportionate to your competitors. It’s a simple thought but hard to measure”, he noted.