‘Belgian Blue use has increased by 21% this year’ 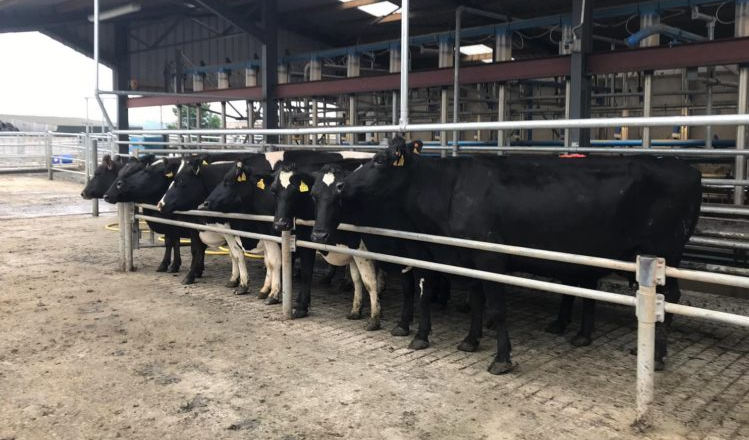 As we approach June, the majority of dairy farms will be four-to-six weeks into breeding, if not longer in some cases, at this stage.

The breeding season, which usually kicks off around the start of May for most dairy farms, is generally a very busy time of the year for both farmers and AI technicians.

By now, many farmers will have switched over to beef sires or have let a stock bull run with their herd of cows to ‘mop up’ any cows that haven’t held their serve.

To find out what has been happening out on farms throughout the breeding period, AgriLand spoke with Ross Hamilton of Progressive Genetics to see what data has been collected so far.

He said: “Submission rates have been good across the board. Looking at our AI technicians’ handheld data between April 1 and May 27, 2020, in comparison with the same period last year, in total, submission rates are up 12%.

Dairy-on-dairy serves are up 12%, with this increase stemming from the use of more high Economic Breeding Index (EBI) Holstein Friesian sires.

“In terms of fresh semen usage, it is up 17%. Having seen a steady increase over the last few years, we have now reached a stage where nearly 25% of our dairy-on-dairy serves are fresh semen.”

The table (below) outlines the top five most used dairy sires used throughout the breeding season, so far.

Ross added: “Sexed semen usage is up 92%; however, it still only accounts for about 3% of dairy-on-dairy serves.

“Interestingly, British Friesian usage is up 15%, with two Firoda bulls, Centurion FR2030 and Dragonet FR5875, along with Peartree Bryster FR4184, making up the majority of the usage. Jersey usage is just a shade down – roughly 2%.

“We are seeing more Fleckvieh sires being used compared to last year, with Symposium S2098 the most used Fleckvieh bull to date.”

Beef sires used on dairy cows are up 15% on last year’s levels, according to Ross.

He added: “Looking at the main beef sires that were used on dairy farms, Hereford usage is down 3% – but it is still the biggest beef sire that has been used to date.

Angus usage is up 5% and Belgian Blue sires have seen an increase of 21%. There seems to be a real swing towards them [Belgian Blues], especially earlier in the breeding season.

“There have been big jumps in terms of usage for Limousin and Charolais bulls. But between them, they are still not near as popular as the Hereford and Angus sires would be.”

The table (below) outlines the top five most used beef sires used on dairy cows throughout the breeding season, so far. 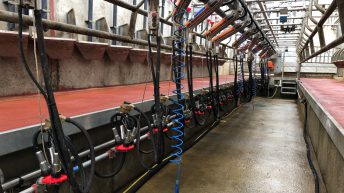 Milk Price Tracker: How does your co-op fare against its competitors?