Beef trade: Processors ramp up the pressure on finishers

There is further bad news for beef finishers this week, as processors ramp up the pressure following on from the price cuts implemented last week.

These tactics come on the back of an increase in the number of cattle processed during the week ending June 17. During that week, some 34,055 head of cattle were processed in beef plants.

Overall supplies are predicted to head north, as grass cattle are set to become available for slaughter over the coming days and weeks.

Supplies are reported to be plentiful; one procurement manager noted that “the book has never been as full on a Monday morning in the last six months”.

However, some procurement managers have mooted that these prices are subject to change as the week progresses. Where 410c/kg (steers) and 420c/kg (heifers) are available today, a 5c/kg cut could be slapped on at the end of the week.

Despite these price cuts, farmers need to dig their heels in and bargain hard – to root out the best possible price – when selling their stock. 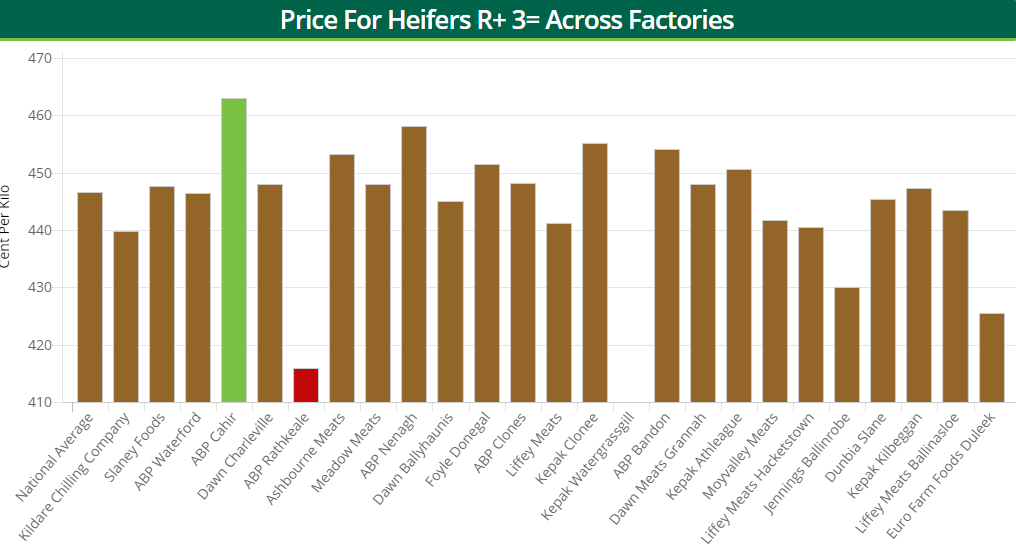 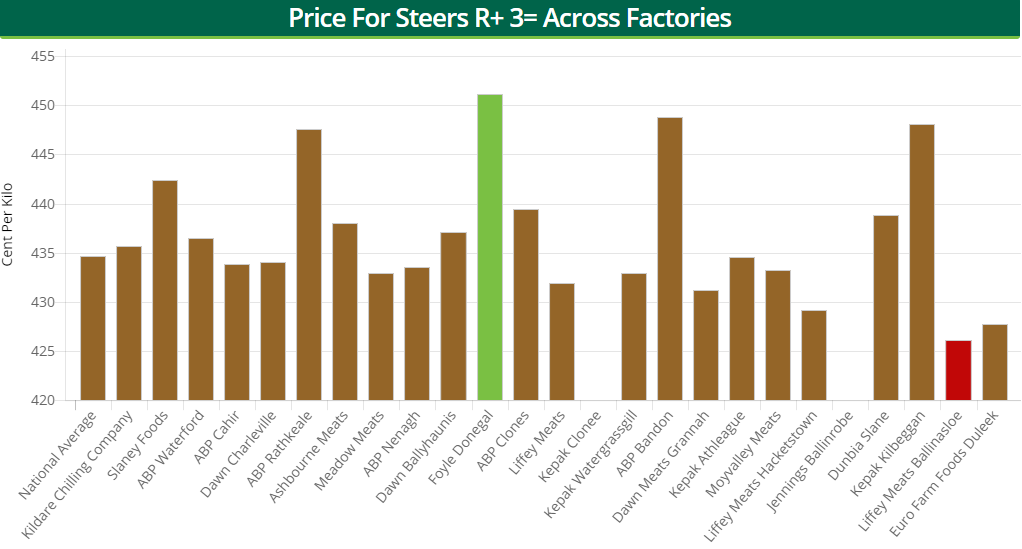 Following on from the prime cattle trade, cow prices remain under pressure. Procurement mangers have noted that cow supplies are extremely high. One manager outlined that they were “choked” with these animals.

Factory buyers are currently offering 320-335c/kg for P-grade animals. 330c/kg up to 345c/kg seems to be the price range quoted for O-grade cows and beef plants are offering 340-365c/kg for R-grade types. It must be noted that these prices depend on the location and demand at individual processing plants. 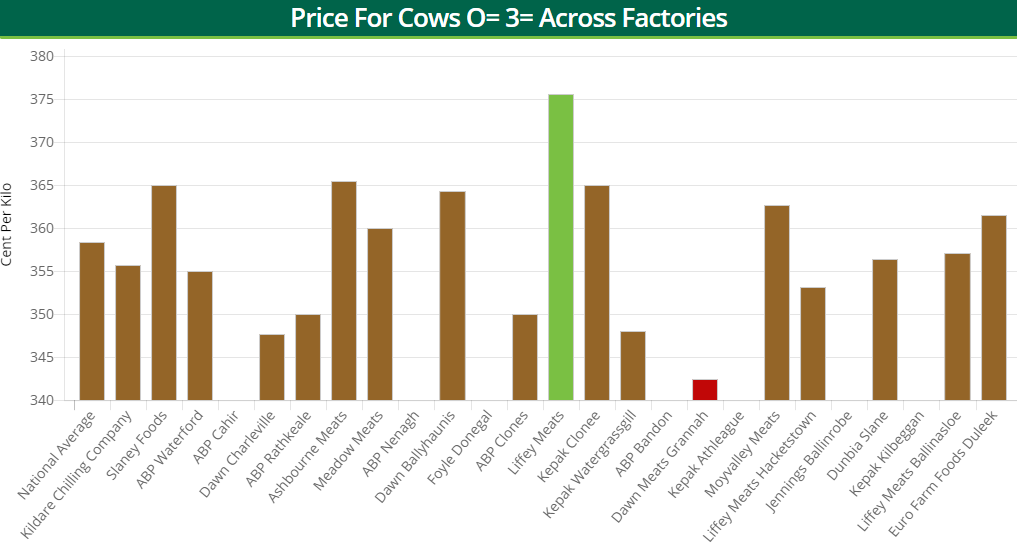 Figures from the Department of Agriculture show that the total kill for the week ending June 17 stood at 34,055 head – an increase of 2,114 head on the previous week’s total.

This rise was driven by increases across all categories. During the week ending June 17, the number of steers and heifers slaughtered stood at 10,780 head and 9,073 head respectively. The number of heifers processed jumped by 1,094 head; bullock slaughterings grew by 199 head. 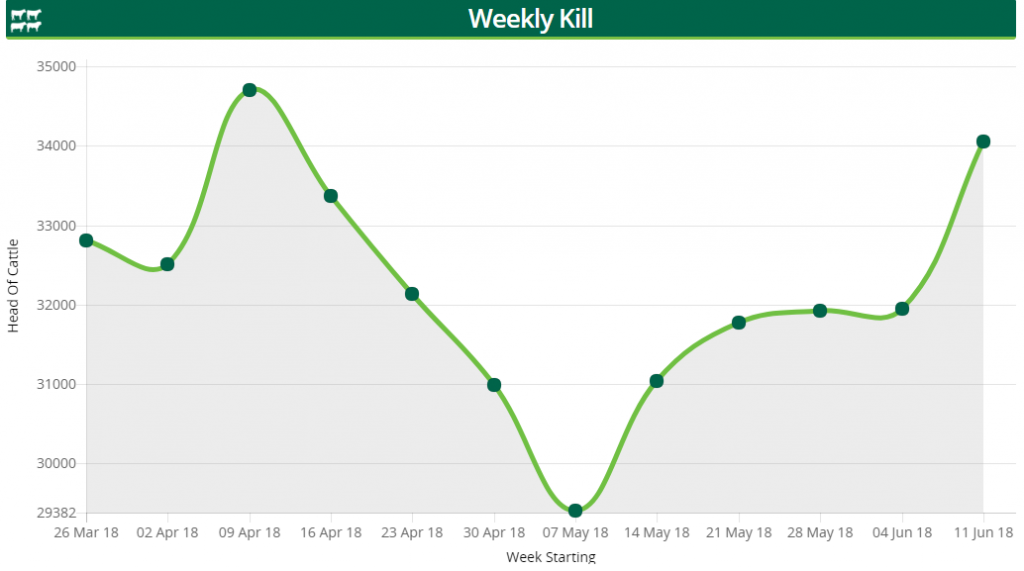 Over 790,500 cattle have been slaughtered in Ireland so far this year, official data from the Department of Agriculture indicate.

When compared to the corresponding period in 2017, that’s an increase of 21,464 head or 2.8%; supply increases have been recorded across all categories.

In terms of throughput, the combined steer and heifer kill accounted for 62.4% of all of the cattle slaughtered in Ireland between January 1 and June 17, 2018.

Bullock and heifer slaughterings are also running above 2017 levels. Some 269,730 steers and 223,625 heifers have been processed in approved beef export plants this year; that’s a combined jump of 11,965 head.