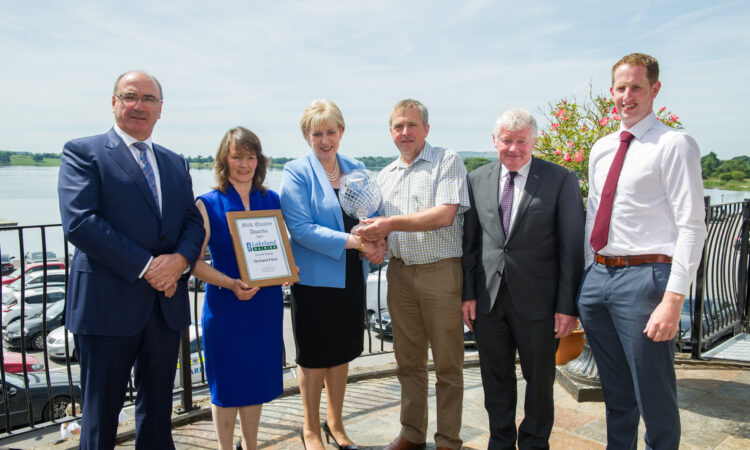 A dairy farmer from Donadea in north Co. Kildare has been crowned the Lakeland Dairies Supreme Milk Quality Award winner.

Andrew and Miriam Bennett emerged as the ‘cream of the crop’ from among 2,500 milk producers supplying a total of 1.2 billion litres of milk annually to Lakeland Dairies, across 15 counties, according to the Cavan-based co-operative.

At the Lakeland Dairies Milk Quality Awards, dairy farmers – from both sides of the border – won top honours for the quality of milk produced on their farms.

The awards publicly recognise the achievements of Lakeland Dairies’ milk suppliers who are committed to efficiency and quality in all aspects of their milk production, according to the processor.

The awards, presented in a number of categories, were presented by the Minister for Business Enterprise and Innovation, Heather Humphreys, together with Lakeland Dairies’ chairman Alo Duffy and CEO Michael Hanley, at a special ceremony held in Cavan.

In the category for New Entrants to Dairy Farming, the farms of John and Conor Spollen from Glasson, Athlone Co. Westmeath, and Derek Dunn, Donemana, Co. Tyrone both won awards for exceptional milk quality.

In Northern Ireland, Sam and John McCormick Bangor, Co. Down, won the ‘one million litres plus’ milk production category and the runners-up in this category were Ivan and David Dunwoody Milford, Co. Armagh.

Martin Lappin, Tynan, Co. Armagh, won the ‘up to one million litres’ milk production category. The runners-up were William and Alec McCullough, Hollywood, Co. Down.

Congratulating the winners, Minister Humphreys said: “The winners of these awards are exemplary because, through their dedication and commitment, they are supporting our country’s justified and hard-earned worldwide reputation for quality.

“Based on these achievements, I am confident that we will continue to be competitive and successful and I congratulate all of the members of Lakeland Dairies for the great progress that is being achieved by this farmer owned co-operative.”

Lakeland Dairies Chairman Alo Duffy said: “The milk quality awards are a source of great pride because they centre on excellence in dairy farming. The markets that we deal with are largely demand-led, with multiple supply channels for customers and consumers to choose from.

They want products that are safely, securely and sustainably produced and we need to be able to verify that this is the case to the satisfaction of our international customers.

Finally, Lakeland Chief Executive Michael Hanley said: “Lakeland Dairies’ milk producers are well placed to cater for global dairy demand as a result of the overall efficiency and sustainability of our production and processing systems.” 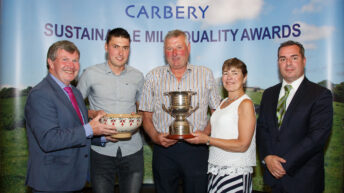