Factory buyers have made somewhat of a tactical move this week, as they begin to talk down the trade in advance of the on-set of grass cattle.

Given the difficult conditions experienced on many farms this spring, turnout was delayed and this pushed back the finishing dates for many grass cattle.

However, over the coming days and weeks, grass cattle supplies are set to increase significantly. And before being forced to pay full whack for these animals, factory buyers have opted to tighten their grip on the market.

Buyers are quick to talk down the trade this week and are suggesting that they will remain steadfast when it comes to the offered base quotes of 410c/kg for steers and 420c/kg for heifers.

However, as steer and heifer throughput actually tightened considerably during the week ending June 10, factory buyers’ moves are being driven by limiting the effect dearer grass cattle will have on their bottom lines rather than paying for stock on the basis of what the market is supplying.

It must also be noted that this is not just a once off occurrence, as buyers employed such tactics over recent years.

Back in the corresponding period in 2017, beef finishers were left spinning as factory buyers moved to cut steer and heifer returns by 15c/kg over a 21-day period.

The value in shopping around was particularly evident during the week ending June 10. During this period, the average price paid for R+3= steers stood at 437.31c/kg, while the top and bottom price stood at 448.58c/kg and 429.61c/kg respectively. 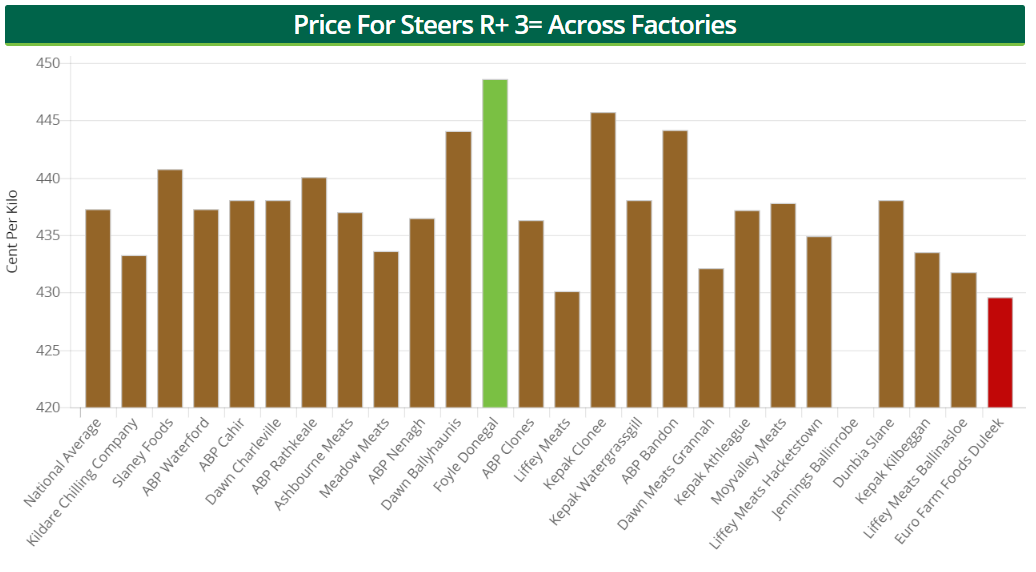 A similar story was also evident in the heifer market; the average price for R+3= heifers stood at 451.43c/kg during the week ending June 10, while the top and bottom prices were 467.98c/kg and 443c/kg respectively. 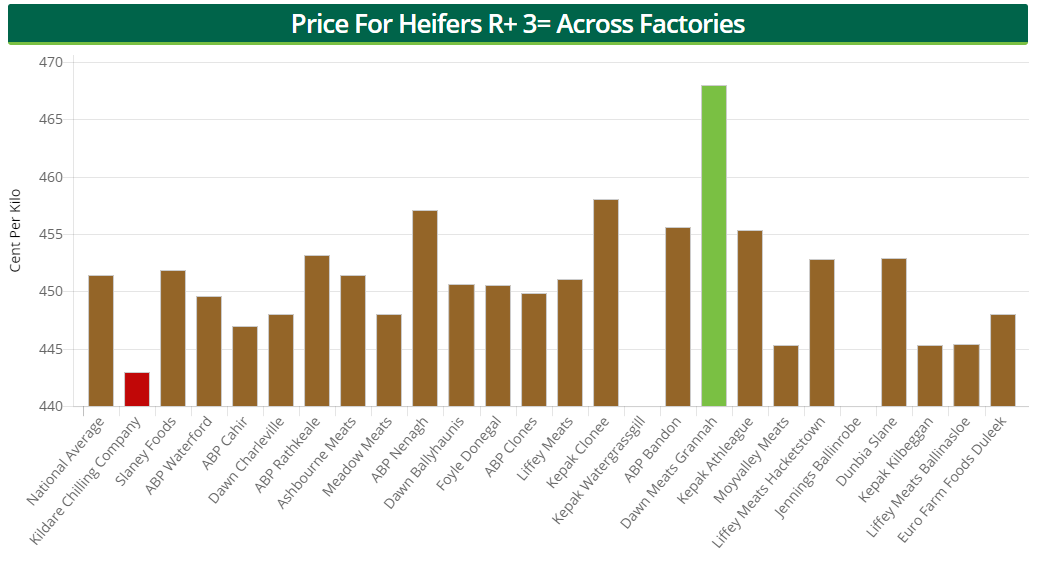 As has been the case in recent weeks, cow returns continue to remain under pressure.

Buyers are currently offering 330c/kg for P-grade cows and 340c/kg for O-grade lots. In addition, buyers are generally quoting 360-365c/kg for R-grade cows.

Although factory buyers have moved to tighten their grip on the market, the most up-to-date figures from the Department of Agriculture show that cattle supplies actually declined – although slightly – during the week ending June 10.

Official figures show that 31,983 cattle were processed in approved beef export plants during this period – a drop of three head on the previous week.

Throughput decreases were witnessed in the aged bull (-166 head), steer (-434 head) and heifer (-497 head) categories, while young bull and cow throughput both increased to all but cancel out these decreases.

Moving onto the cumulative cattle kill for 2018, figures from the department show that some 756,408 cattle have been slaughtered in approved export plants this year – a climb of 21,746 head or 3% on the corresponding period in 2017.

This was buoyed by additional supplies in all of the major categories, but it was particularly driven by additional young bull (+3,888 head), steer (+3,370 head) and heifer (+9,568 head) slaughterings.