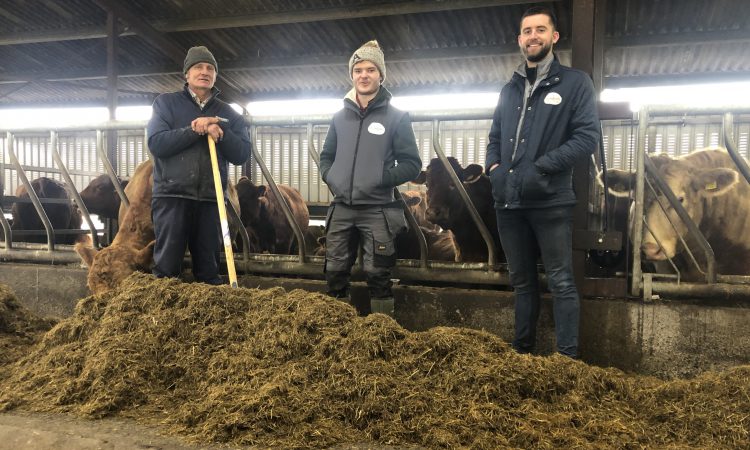 On the rich lands of the Boyne Valley, Paul and Joe Finnegan have established, what can only be described as an eye-opening farming operation.

There are not too many farms around the country that can boast a suckler cow herd exceeding 170 head –  but what really makes this herd unique is that the Stabiliser is the predominant breed used throughout the herd.

Following a recent visit to their farm, AgriLand got an insight into how the farm manages this sizeable suckler herd, alongside its ever-growing tillage and potato enterprise and its food production business ‘Finnegan’s Farm’.

‘E. Finnegan and Sons’ was originally set-up by Paul and Joe’s father, Eddie Finnegan. They are the fifth generation to farm the land, based in Balrath, Co. Meath.

During Eddie’s time in charge, the farm was operating a mixed enterprise consisting of beef, sheep and tillage.

His sons carried on this tradition until up to two years ago when they decided to disperse their sheep flock and continue to farm both beef and tillage – where they grow both potatoes and brussel sprouts. 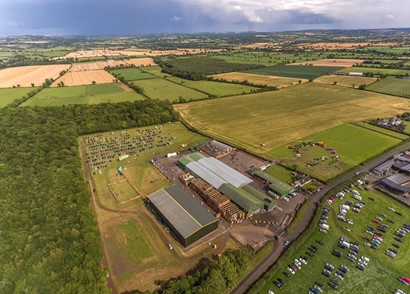 The farm itself is fragmented and overall is comprised of 2,500ac which is mixed between tillage and grassland. The grassland accounts for just shy of 350ac in total, which is allocated to both the suckler herd and silage ground.

Paul and Joe are also aided by their general farm manager, John Smith. The farm’s stockperson, Derrie Donegan, takes care of the suckler herd with the help of his own sons and also Paul’s son Cathal.

The Stabiliser breed originated from America and consists of a four-way cross between Hereford, Red Angus, Simmental and Gelbvieh (a German cattle breed) – with each breed taking an equal share of 25%. 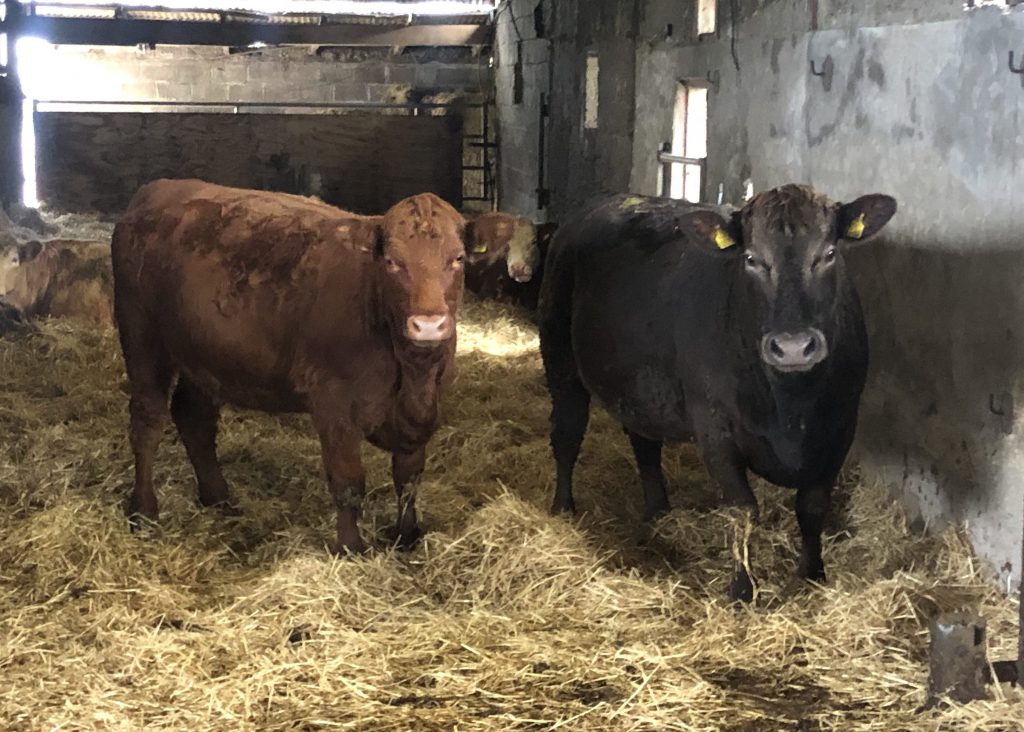 When discussing the future of suckler farming in Ireland with other farmers over recent years, the name ‘Stabiliser’ seems to be sort of a buzzword on some farmers’ lips.

Often the same question is heard asking ‘I have seen some farmers using those Stabiliser cattle, but I wonder what are they really like to manage?’

With this farm having taken the plunge into the breed back in 2013, this same question was posed to John. He stated:

The reason we chose to breed Stabilisers is the fact that they are a very low maintenance  breed. They have all the traits you would look for in a cow with good milk, easy calving, good conception rates and also a good temperament. The low inputs required give great results at the end.

“They are a simple and small breed that is going to leave the factories with the smaller cuts of meat which the retailer is demanding now.

“The good conception rate has been proven over the years; I think out of the 170 cows this year we only had four that didn’t go in-calf.” 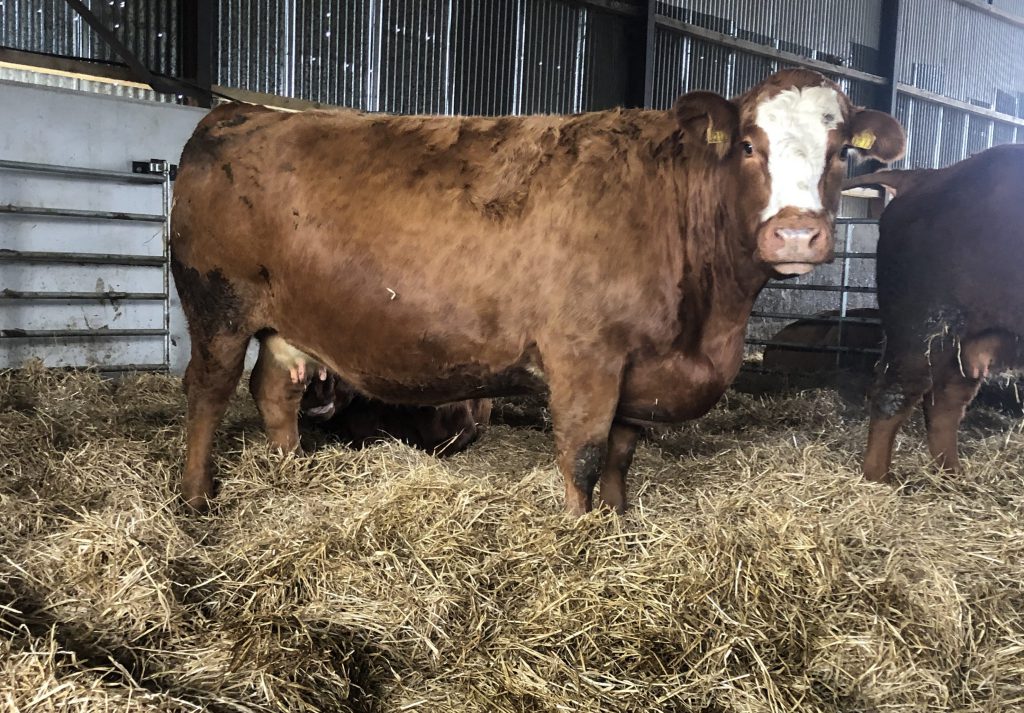 The farm originally sourced its first bunch of 30-40 commercially-bred Stabiliser heifers from the herd of William O’Kane of the Ballymena Herd based in Co. Antrim. Prior to this purchase, there were no suckler cows on the farm. 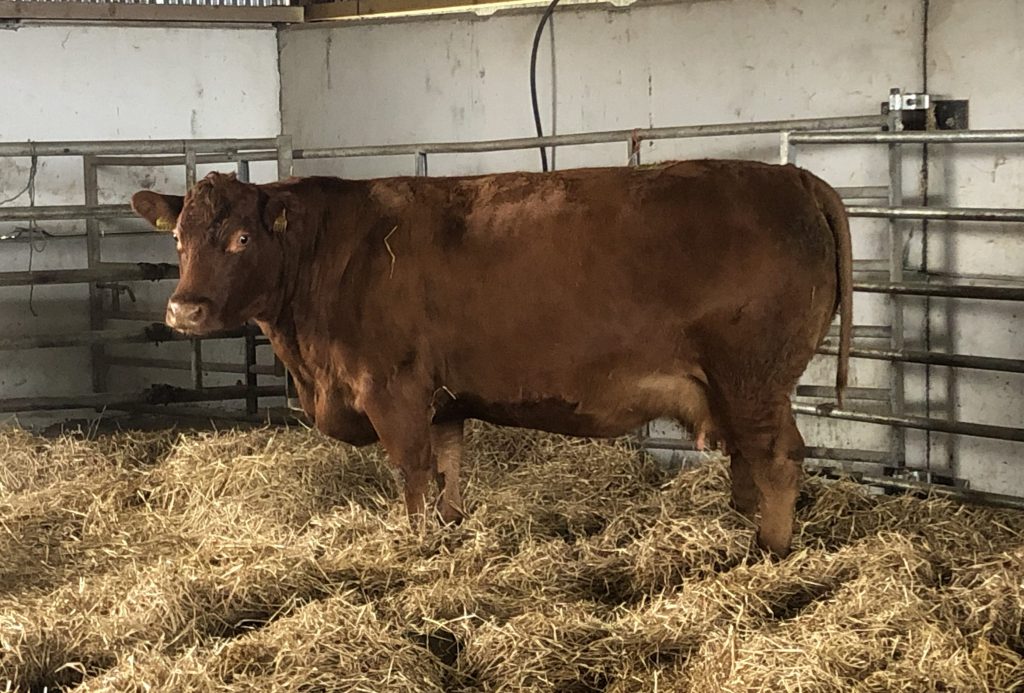 After years of building up the current herd, John noted the increasing popularity and interest the farm is receiving for their breeding heifers.

He stated: “In the last couple years we have seen an increasing demand for Stabiliser cattle. However, they don’t sell that great in the mart because the breed isn’t that well known yet.

“Although, if we advertise that we are selling heifers you do see that there is that bit of bite for them because more farmers are looking to get into them.”

The calving season will begin this spring on January 20 and runs right through until the middle of April. Last year the herd achieved a compact calving, with 82% of cows calving down in the first six weeks.

Currently, there are four pedigree Stabiliser stock bulls running in the herd – with plans to purchase another bull this coming spring. The herd also boasts an average calving interval of 353 days, which is a staggering 42 days below the national herd average of 395 days. 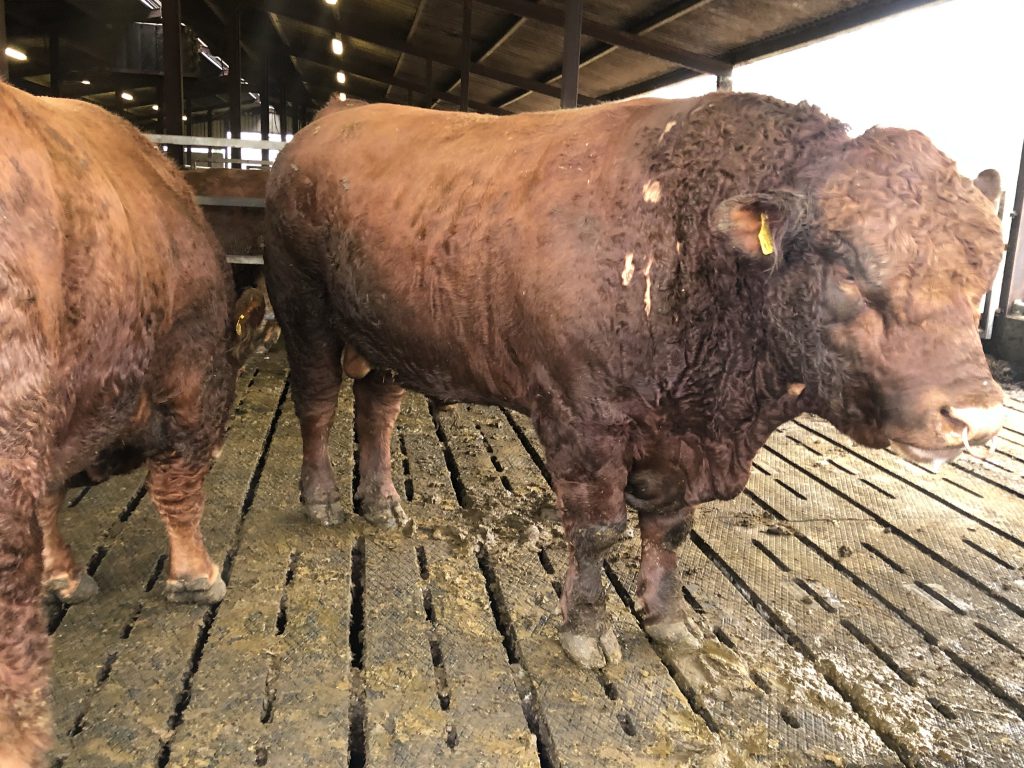 Calving doesn’t seem to be an issue within the breed as the farm’s stockman, Derrie Donegan, explains: “Last spring I’d say I only pulled about eight or nine calves in the whole season.

The cows spring down very quickly within two or three days and they just pop the calves out. Generally the calves would be up and sucking within 15 minutes. Another good thing about the breed is that the cows teats are not too big or tough for the calf.

Replacements on the farm are sourced from within the herd itself, with stock bulls being the only purchased animals to enter the herd in recent times.

John explains: “When we are picking out our replacement heifers, we try to select the ones with either a 4 or 5-star on the Replacement Index.”

However, not all the heifers can be destined to remain in the herd, as Derrie stated:

“Last winter, some of the heifers were sold on as weanlings for breeding. Any heifers that weren’t sold or selected for replacements were kept on and put out to grass this year and were killed at the end of September.”

One of the big advantages of having the beef herd running alongside the tillage enterprise is that it allows for second-grade potatoes – which cannot be used in the peeling enterprise – to form as part of the weanlings diet.

Each weanling is currently being fed a diet consisting of: silage with a 69% dry matter digestibility (DMD); 1.9kg of high-protein meal; 0.5kg of straw; and 4kg of potatoes – which is mixed using the farm’s diet feeder. 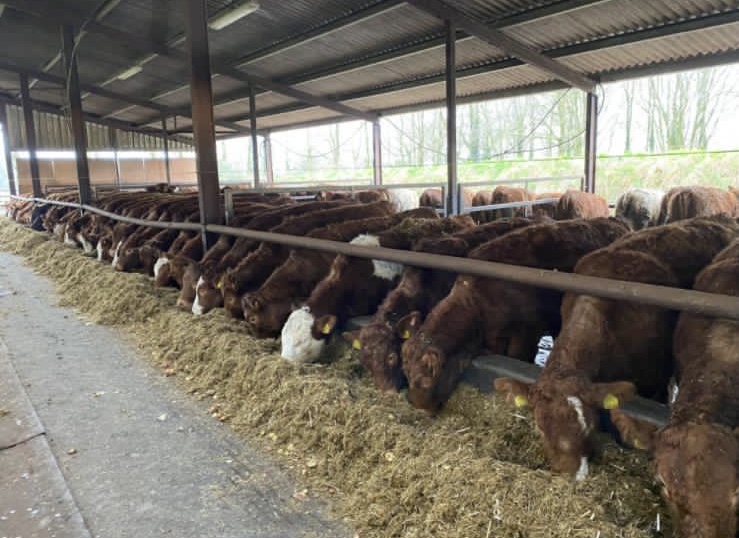 Speaking on the use of potatoes in the diet, Cathal Finnegan (Paul’s son) explained: “The potatoes we are using are basically a second-grade product that does not have a place in a retail bag or that cannot be used in our value-added business. 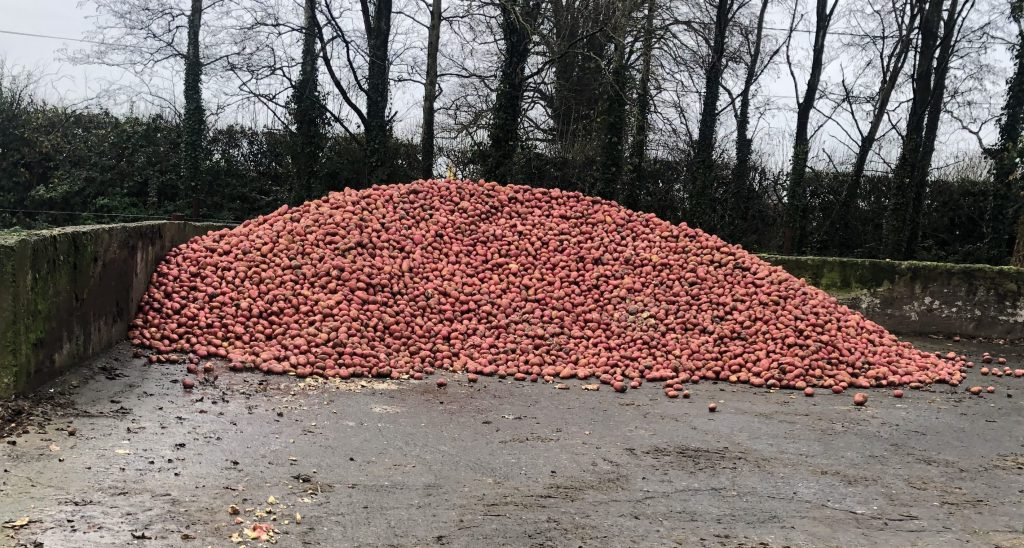 “So we store them and put them through an auger system on the bucket of the loader to break them down before they go into the diet feeder. We chop all potatoes used in the diet to avoid any possibility of a beast choking.”

The cows are grouped into pens in accordance with their calving date and are fed on a solely silage-based diet.

From the group of Stabiliser heifers that were killed this year, Derrie noted how quickly it was to get them finished and grading well at a young age.

He explained: “We had about a dozen heifers that were killed off grass after only getting meal for about 10 days before they were slaughtered.

Then we housed about 40 heifers for ad-lib feeding and got them away at 17-19 months-old – which was great.

“Nothing graded under an R-3-grade and there was a handful of U-grades in the group as well. The average carcass weight was around 292kg, which is great considering their age. 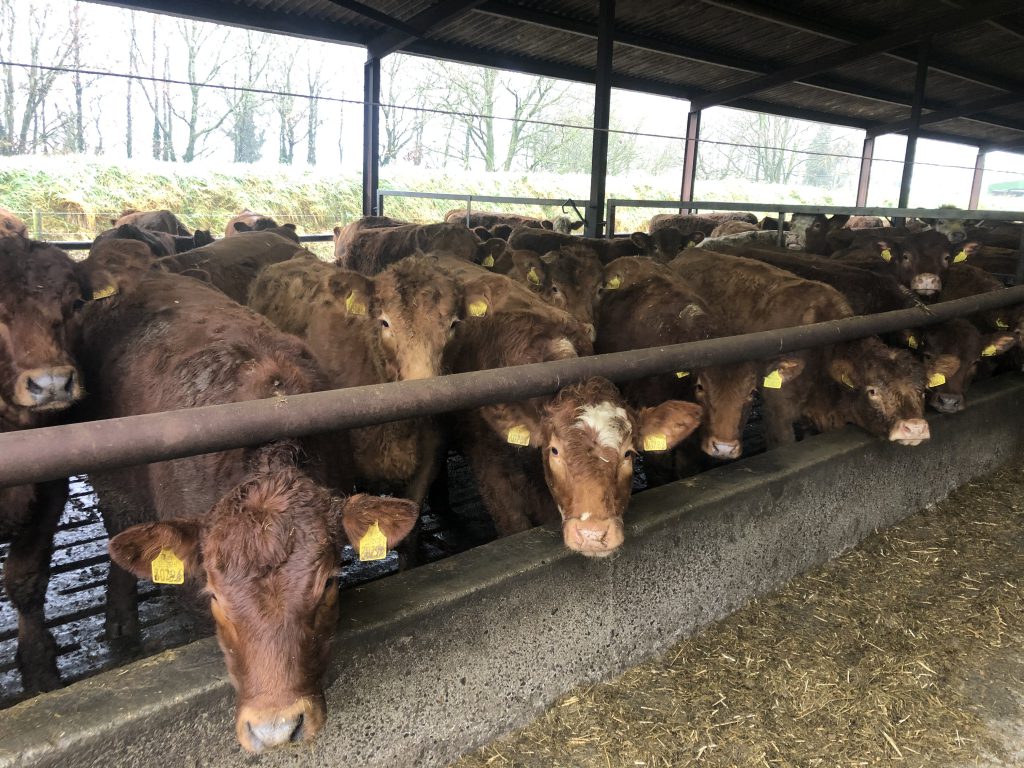 “They graded very well in general; with the Stabilisers there is great marbling throughout the meat, which makes it that bit more desirable. It’s what I like myself if I’m honest when I’m eating beef with my dinner.

“I’d imagine the cuts from those heifers we killed were very good. They would certainly be lovely to look at if they were on the table in front of me,” Derrie joked.

Last year, instead of holding onto their bulls for slaughter – which the farm had been doing in previous years – they sold all the male progeny last winter to a neighbouring beef finisher.

Even the finisher was singing the praises of the Stabiliser breed, according to John:

The finisher we sold them to was very happy with how they performed and seems to be very keen to buy some more next spring. It’s just the fact that he has got the taste for them now. He knows what they can achieve in a short timeframe.

“It’s the same with the factories, they are very happy with how the cattle are killing-out.”

Future plans for the business

The Finnegans have no intentions of decreasing their herd and plan to maintain their current level of cow numbers.

In fact, they plan to include their beef enterprise more so into their food production business, as John explains:

The plan is to incorporate the suckler herd more so into our food business here and in our kitchens. The Stabiliser just has the cuts and meat quality that the consumer is going to demand. So we really want to be using our own produce in the value-added meals.

“On the farm at the minute, we are growing our own tillage and down the line, we would like to be using our own grain as feed for the beef enterprise. 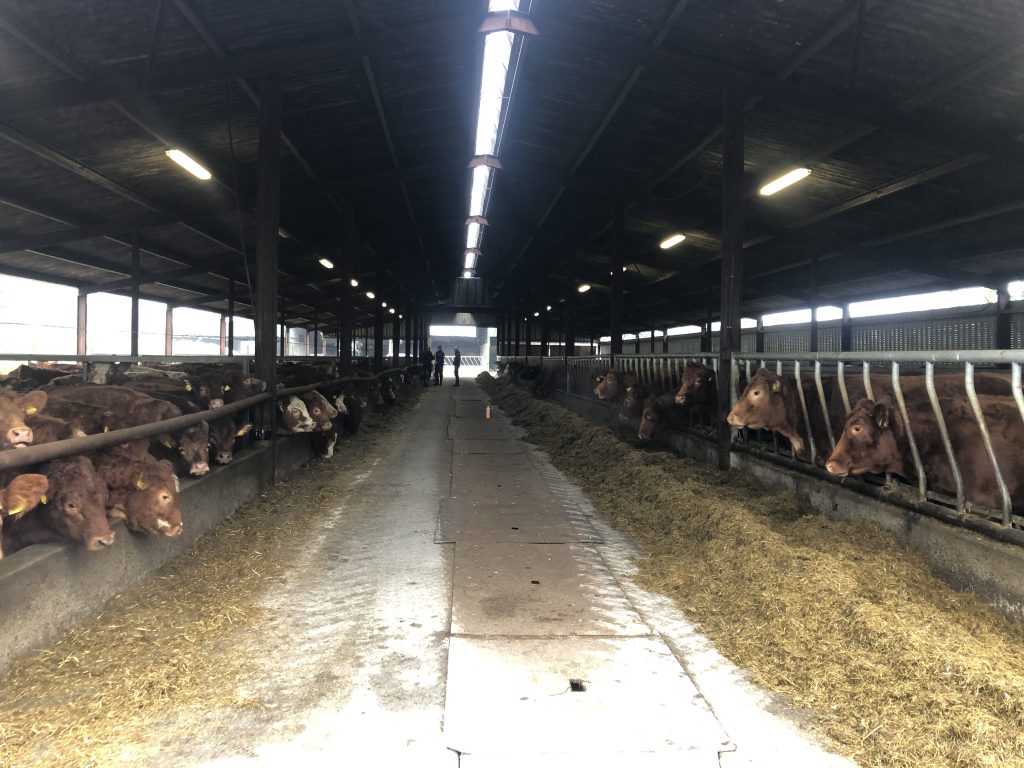 “From our second-grade potatoes, the majority of it is used for both cattle feed and peelings. Our idea is to have everything that we are growing and everything we are producing having a role to play and an end use.

With tillage margins being tight, the day is gone now where a farmer would grow 100ac of potatoes in the hope of selling them in the harvest. We don’t do that. We know exactly how much we are going to sell for the year and we grow that amount and sell it.

“We want to have zero-waste and a closed-loop production system which is going to be more sustainable, especially in these uncertain times ahead with Brexit looming,” John concluded. 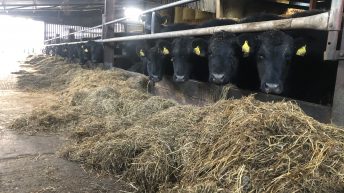