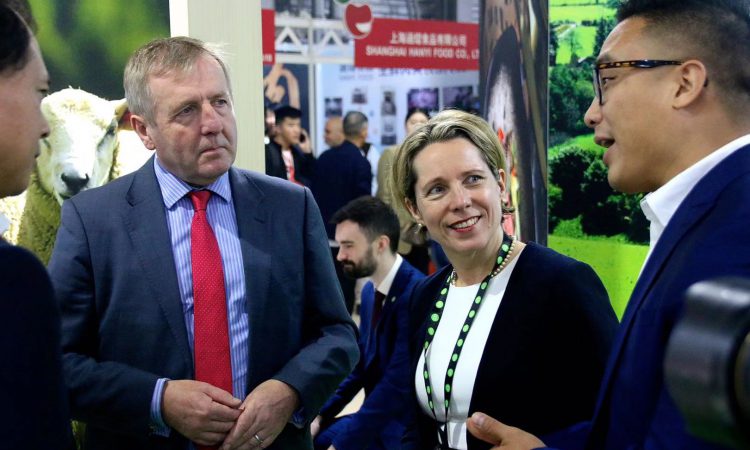 Irish beef exports to China are expected to grow to €120 million in the next year.

Bord Bia forecasts that there is potential for the Chinese market to import 25,000-30,000t of Irish beef with a value of up to €120 million to the Irish beef sector.

The Irish Food Board noted that China represents a valuable long-term market due to the ongoing rise in beef demand which has seen imports double over the last two years.

The delegation visited Shanghai and Beijing for a series of high-level engagements with Government and trade representatives, culminating today in the announcement of a retail promotion for Irish beef with Chinese online retailer, JD.com, China’s second-largest online platform with over 320 million annual customers and the world’s third-largest internet company by revenue.

Commenting on the trade visit, Minister Creed said: “The latest round of plant approvals is the strongest endorsement possible of Irish food safety standards; we were the first country in western Europe to achieve access to the Chinese market and now it is clear that our plants are meeting the high and exacting standards of the Chinese authorities.

The purpose of the trip is to demonstrate Ireland’s intent and commitment to delivering on the demand. We are confident that beef exports, which were worth €9 million in 2018, and €21 million for the first eight months of this year over, will follow the same positive trajectory as exports of Irish dairy, pigmeat and seafood to China.

The Irish delegation’s itinerary across the two-day visit to China included attendance at the FHC food service trade show in Shanghai and high-level trade engagements.

Minister Creed also held a bilateral meeting with Vice Minister Hu of the General Administration of Customs China (GACC) where market access issues, and in particular Ireland’s application for sheepmeat access, were discussed.

Bord Bia announced that there will be a series of future marketing initiatives aiming to raise awareness of Irish beef among chefs and consumers, in an effort to widen and deepen the market penetration of Irish beef and other food products.

Wang Zhiqiang, general manager of meat and frozen food from JD.com, signed a memorandum of understanding (MoU) at the Embassy of Ireland, Beijing, with Bord Bia for the ‘Double 12’ promotion.

Wang said: “We are delighted that Ireland has chosen us to launch their first country level promotion of Irish food. JD’s Double 12 promotion campaign provides an excellent opportunity to fully support Irish beef and other food products, further expanding the range of quality food available to Chinese consumers.”

Sheepmeat talks and building on beef key for minister in China