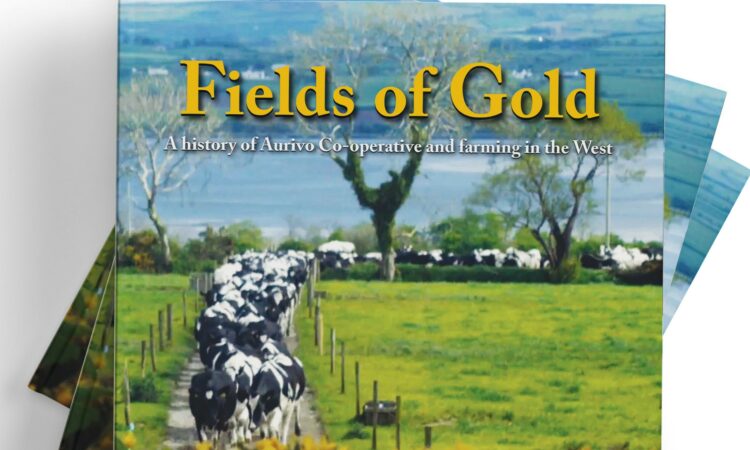 ‘Fields of Gold, a history of Aurivo Co-operative and farming in the West’, was launched by RTE’s northern editor Tommie Gorman in Sligo on Thursday, December 6.

Written by the editor of The Western People and award-winning author James Laffey, ‘Fields of Gold’ has been hailed as one of the most comprehensive studies ever carried out of farming west of the Shannon.

The weighty and beautifully produced tome covers over 500 pages and was painstakingly researched over two years by the author and a committee of retired Aurivo employees. Chaired by Jim Kelly, it comprised Michael Morley, Peadar Kivlehan and Pat McHugh.

In this detailed account of Aurivo’s history, James Laffey has traced the evolution of the co-operative movement in the west of Ireland over the past 125 years.

Working with previously unpublished documents from the National Archives and preserved interviews with key personalities, the author has produced a wide-ranging and engaging narrative. It stretches from south Mayo to Donegal’s Finn Valley and from the Sligo coastline to the Leitrim/Cavan border.

‘Fields of Gold’ takes the reader through the various chapters in the Aurivo story, from humble beginnings in the late 1800s to the setting up of North Connaught Farmers (NCF) in the 1970s, the merger with Kiltoghert Co-Op in Leitrim in 2000 and the taking over of Donegal Creameries in 2012.

Photographs from various archives and collections add enormously to the telling of the story.

The creation of the multi-million euro business with exports in five continents is set against a backdrop in a very different rural Ireland.

We are brought on a journey from the desperation of famine to the impact of events such as rationing; the arrival of livestock marts; the age of the milk super levy; and the world of e-commerce, reflected in Aurivo’s launch of its online store for agri-business, Homeland.

The book is also brimful of amusing anecdotes, such as ‘the curious case of the bishop and the Balla butter’. It’s a highly readable and informative publication that is as much a social history as an account of the co-operative movement in the west of Ireland.

This tale of farming in Ireland across three centuries has a strong message: ‘May those who drink the water never forget the debt they owe to those who dug the well’.

The book is stocked in all Aurivo Homeland stores and all leading bookshops in the west and north west, priced at €30. 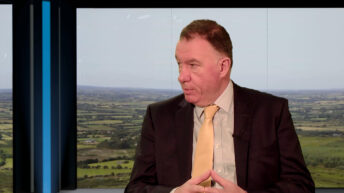