Auction report: £132,000 (plus VAT and commission) for County tractor – bought by an Irish man

A County tractor sold for a very considerable £132,000 (plus VAT; plus 6% buyer’s commission) today (Saturday, October 19) at an auction in England. Most notably, the tractor was bought by an Irish man.

The tractor in question – a County 1884 (pictured above and below) – attracted considerable attention in the run-up to today’s sale. It, for example, featured prominently in the most recent edition of Classic Tractor magazine. 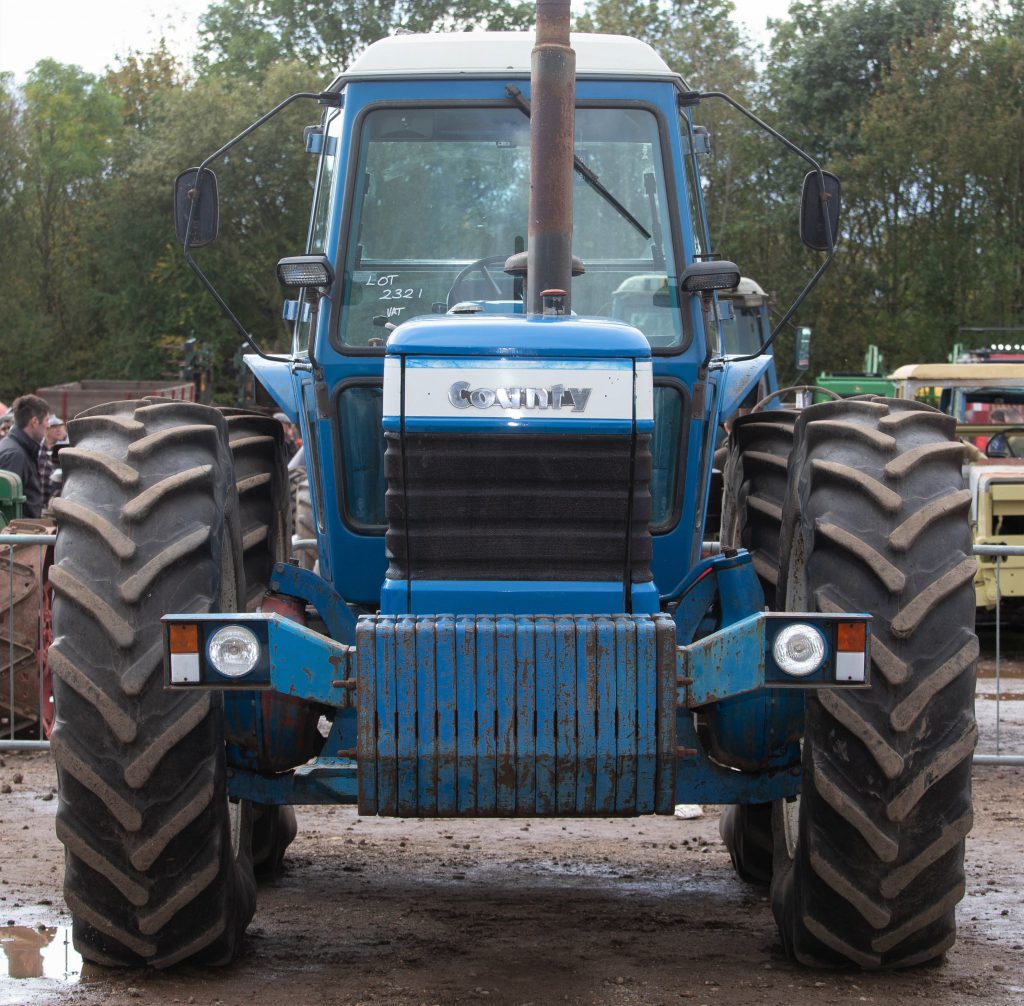 According to Classic Tractor, the 1884 model is a “Holy Grail” in the eyes of many County fans. It says that “only 30 or so were built”.

The example at today’s auction was described as “an original, low-hour 1884 that has been in the same ownership for almost 35 years”. It’s believed to have been the third 1884 to have come off the production line. 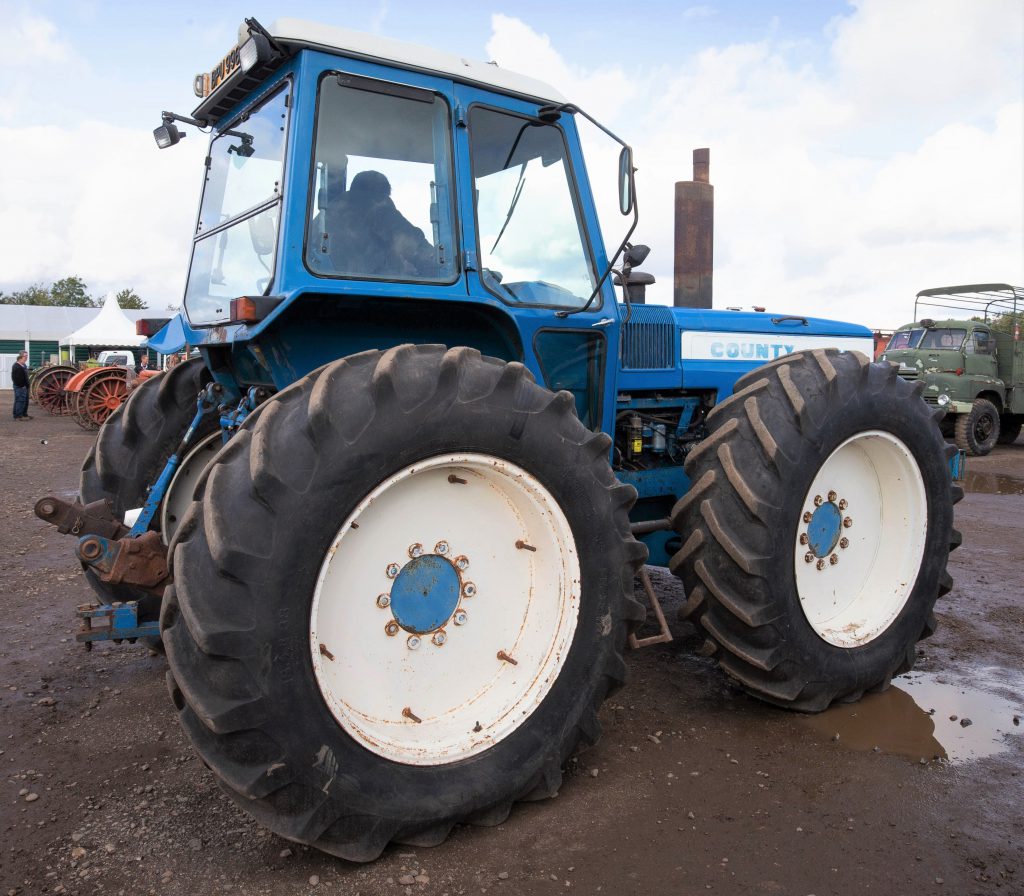 With its four equal-sized wheels, it’s an undeniably purposeful-looking beast.

A spokesperson for Cheffins explained: “The flagship model of the County range, the 1884 was launched at the 1980 Smithfield Show. Based on the Ford TW-30, it used a turbocharged and intercooled version of the 401S engine delivering 188hp.

“It was the first of the ‘long-nose’ County tractors and had an extended bonnet housing the oil-cooler and main fuel tank. The tractor was fitted with the ‘F-type’ flat-deck version of Ford’s straddle Q-cab with air-conditioning as standard. 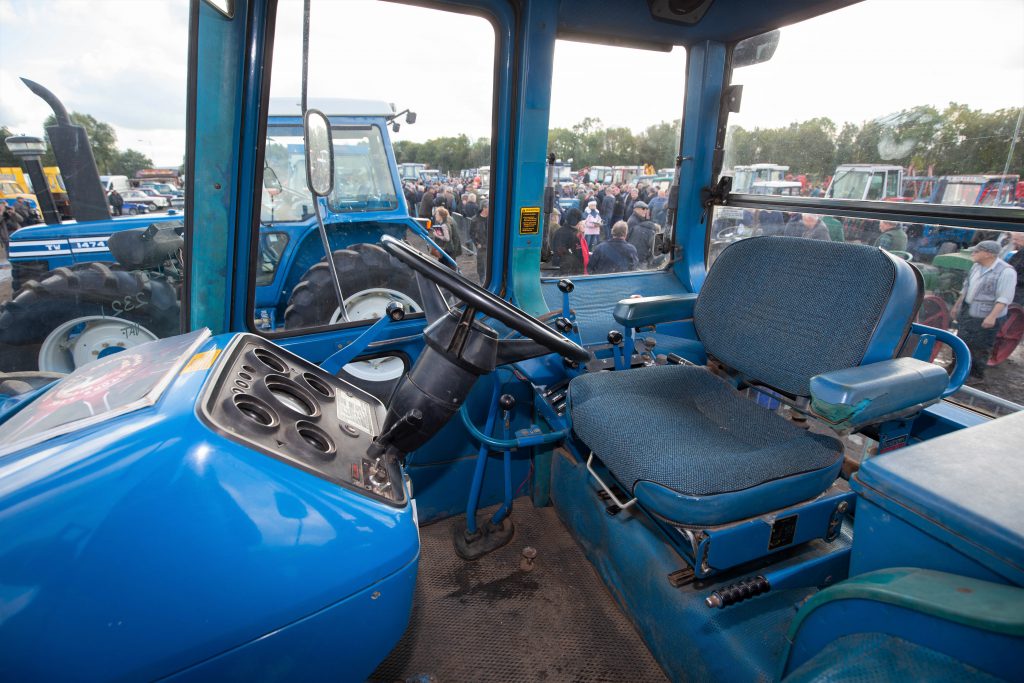 “The high specification resulted in a hefty price-tag; at the time [when new] the 1884 listed at £34,531. Just a handful were built by the original firm, which went into receivership in February 1983.”

He added: “Just two were exported with the others being supplied to the home [UK] market. The 1884 continued in production under the auspices of the reformed County Tractors Ltd, owned by David Gittins, and subsequently the Benson Group. However, sales were extremely limited with the very last supplied in 1989-90. 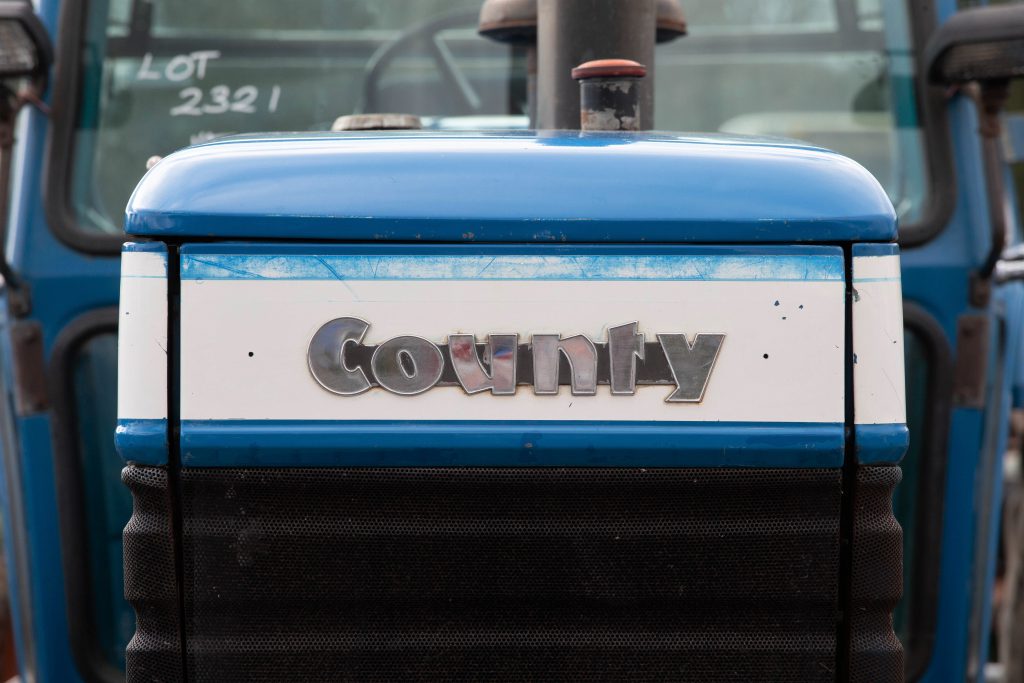 “Estimates suggest that there are no more than 20 County 1884s in preservation.

“This example has the advantage of being a totally genuine machine in superb condition with low hours and having had just two owners from new.

The serial number suggests it was built at the end of 1981 and first registered on February 1, 1982.

“It was purchased by the present owners in 1985 and has remained with the same family since – having recorded only 3,833 hours. The tractor was sold with full documentation, including its original manuals, parts book and sales leaflet – all adding to the provenance of this remarkable machine.” 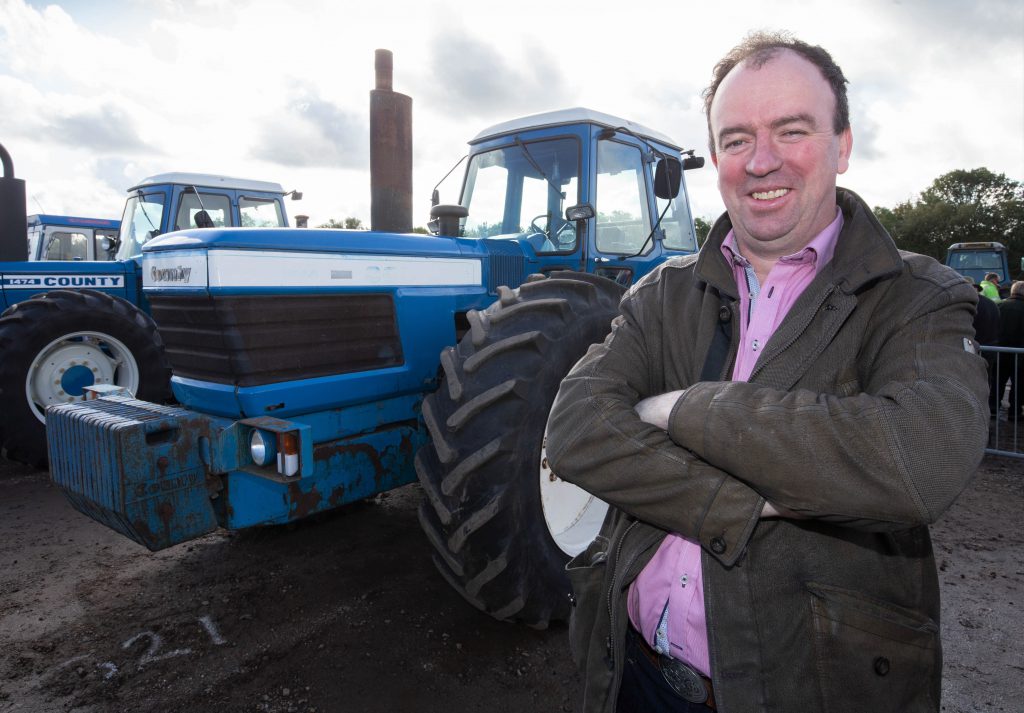 It just so happens that this tractor was bought today by an Irish man – Billy Keogh (pictured above).

Auction report: Did punters 'fear the Deere' at this monster sale?