While optimism is rising over the potentially seismic lift that the Chinese market could soon bring to Irish beef production, Irish pig farmers are urging the Government to ensure that Ireland remains African Swine Fever (ASF) free.

The demand window comes on the back of the devastatingly fast spread of ASF – a highly contagious and complex viral disease of domestic and wild pigs – throughout east and southeast Asia.

China produces about 50% of the world’s pig population, however between 150 million and 200 million pigs have already been lost due to the incurable disease – which only affects pigs – and expert projections suggest that 25% of the global pig herd could ultimately be wiped out by the outbreak.

The extreme drop in the world’s pig population has raised significant fears of a potential protein shortage in the east where pork is a diet staple.

Pork price has skyrocketed to an estimated €7.50/kg on that side of the world.

The situation has also led to a significant bounce in Irish pig price, which is on track to soon reach a record-breaking €2/kg.

While 21% of Irish pork exports went into the Chinese market in 2018 (Bord Bia figures), the struggling Irish beef sector is now also set for a potential windfall as China looks to alternative proteins to meet its surging consumer demand.

In recent weeks 21 Irish meat plants got approval for beef access into the Chinese market, with Bord Bia forecasting that beef exports to the region will grow to €120 million over the next year – in terms of tonnage it is expected that there will be a market for up to 30,000t of Irish beef.

Obviously, this outlook is expected to bring a much-needed boost to Irish beef prices, which currently stand at €3.45 to €3.50/kg for steers and €3.50 to €3.55/kg for heifers, respectively.

Speaking to AgriLand, Gareth Marry, of Marry Pig Farms located in Dowth, Co. Meath, warned that every step must be taken to ensure that all Irish meat producers reap the financial benefits of the Chinese market – particularly as ASF spreads westward. 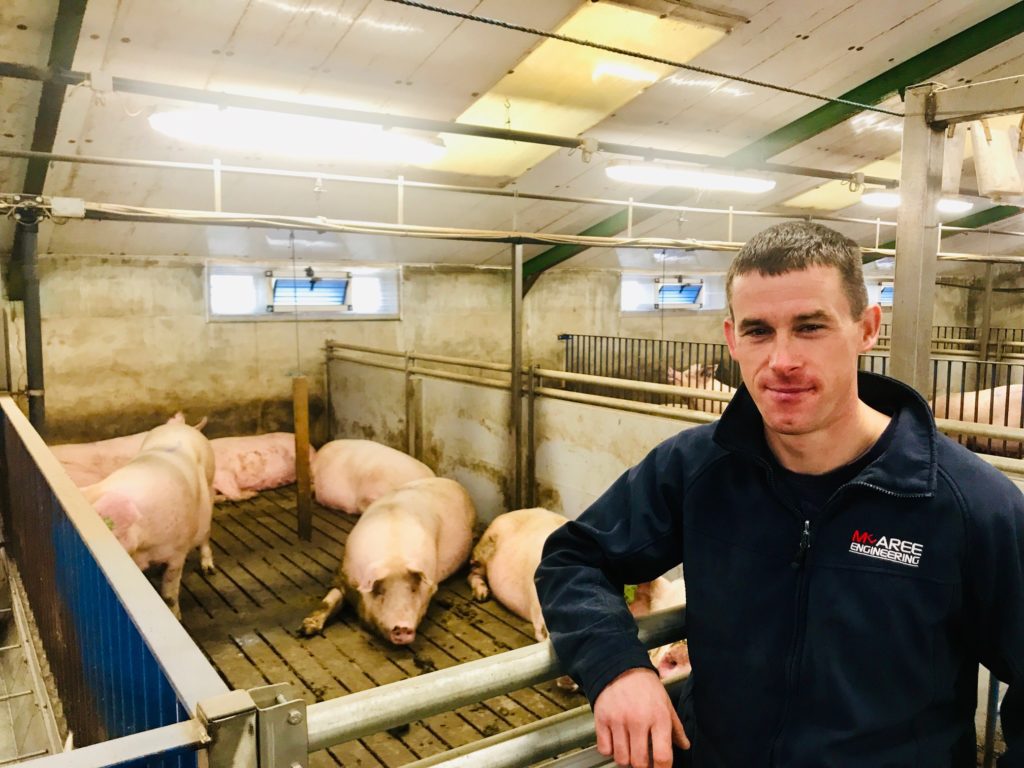 “It really came to our attention in August of 2018, when China got infected. The reason that it made such an important impact is that China holds half of the world’s pig population – they consume nearly everything that they produce; plus, they import two to three million tonnes of pork on top of that,” he said.

While China had a pig population of 400 million, this number has more than halved over the past 12 months due to the outbreak, that’s according to Rabobank’s recent Global Animal Protein Outlook 2020.

History tells that ASF was first discovered in Kenya in the early 1900s. The initial occurrence of the disease outside of Africa was in Portugal in the late 1950s, it also spread to Spain in the 1970s.

The disease remained present in these European countries until the mid 1990s when eradication was achieved.

Although the disease had since largely remained confined to the African continent, global efforts to develop a vaccination against the spread of the disease have, as of yet, failed on all fronts.

There is no cure.

“Since 2007 it has steadily moved from Georgia into every eastern European country, Russia and most notably, China,” said Gareth who, like most Irish pig farmers, is monitoring the disease incredibly closely.

Since then it has managed to infect all of China in 10 months. It has moved into 12 other Asian countries since August of 2018. It’s breaking into a new country every six to eight weeks.

The catastrophic decline of supply in China has led to staggering pork prices. Some farmers are going to great lengths to cash-in on the situation by selecting the fastest breeding animals they can purchase and then fattening them on high-protein, high-energy diets to maximise margins and yields.

“What pig farmers are probably doing is, if they haven’t got the physical number of pigs, they are focusing on a heavier weight, so they are profiting on a heavier carcass rather than numbers. They might have less numbers but more weight, so it’s more profitable,” said Gareth.

Irish pig farmers are also experiencing the lift, but they are remaining cautious.

“Irish pig farmers are trying to do the same now, they’re trying to sell heavier pigs now because there is more profit on a heavier carcass.

“At the moment prices are positive. We’re in a profitable situation – it’s about €1.98/kg at the moment, our costs base would be approximately €1.45/kg, so we’ve a good 50c/kg of a profit margin. 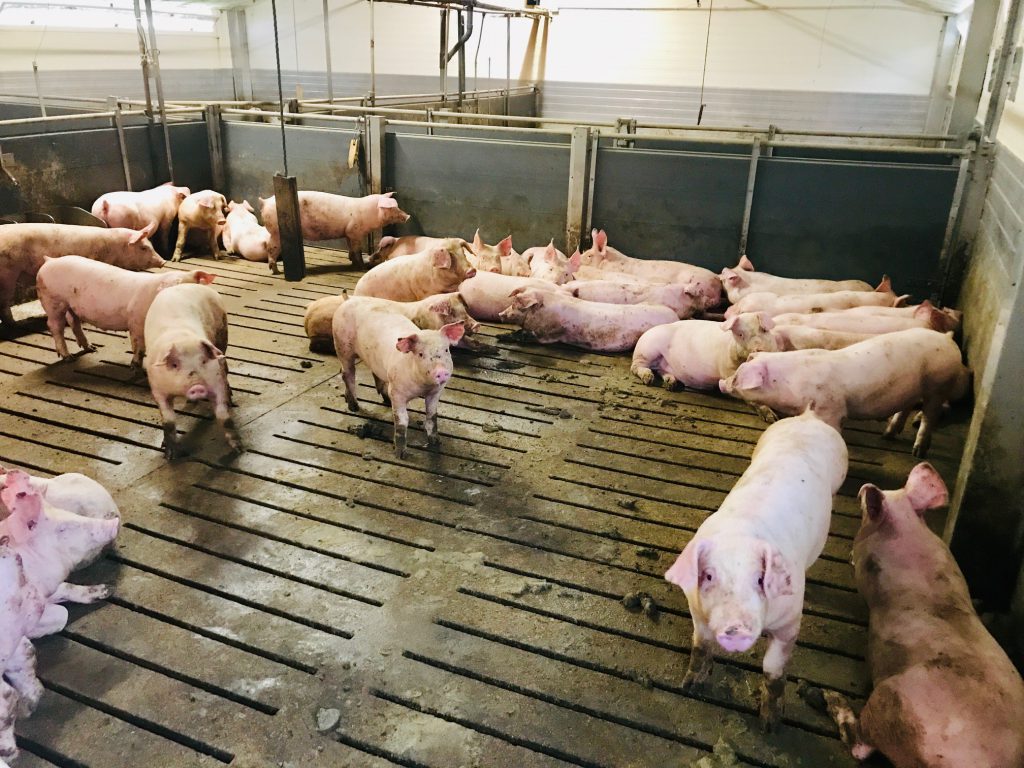 However, Gareth pointed out that the sector went through a sustained period in 2018 of heavy financial losses.

“There was a year or 18 months of a very heavy loss due to too much supply and not enough demand and we had a double compound problem where feed prices spiked and pig prices tanked.

“We were hit from both sides, so the profit that pig farmers are getting now is only repaying the very large incurred debt form 2018.

It will take all of 2019 before pig farmers are actually genuinely profitable after they have repaid 2018’s losses – it’s kind of like a false positive.

“It looks like we’re profitable; but all we’re doing is paying back the massive incurred debt from last year, so by the end of this year we will be genuinely profitable,” he said.

Reflecting on the national beef protests of the summer and autumn of 2019, Gareth highlighted how he believes beef producers are also in for a dividend, as China looks to cheaper sources of protein – namely beef and chicken – as alternatives to pork.

“They’re saying there is not enough protein, of all kinds in the world, to meet the gap that’s coming. That’s how huge the gap is.

“There is approximately nine million tonnes of meat trading all around the world every year. China is going to need anything from 15 to 20 million metric tonnes of meat to meet the demand. There physically is not enough meat in the world to feed that.

“The next six to 12 months are going to see a very significant gap of supply and demand open up,” he said.

However, from an Irish perspective, Gareth warns that the biggest worry is ensuring that the Irish pig herd remains ASF free.

“The caveat to this conversation is that Ireland doesn’t get infected; otherwise, the market will crash overnight.

We’re very worried about the risk of importing the disease. There are warning signs at the country’s entry points and ports; but we’re of the firm view that it’s inadequate and that much more needs to be done.

“I personally went through Dublin Airport in July and I was very disappointed about how little information there was and how hard it was to find the warning signs.

“We need to seriously ramp up the education of the public on how dangerous this disease is, how easily it is transmitted and just how it is going to impact the cost of the food-basket in terms of the price of protein generally in the next few years,” said Gareth. 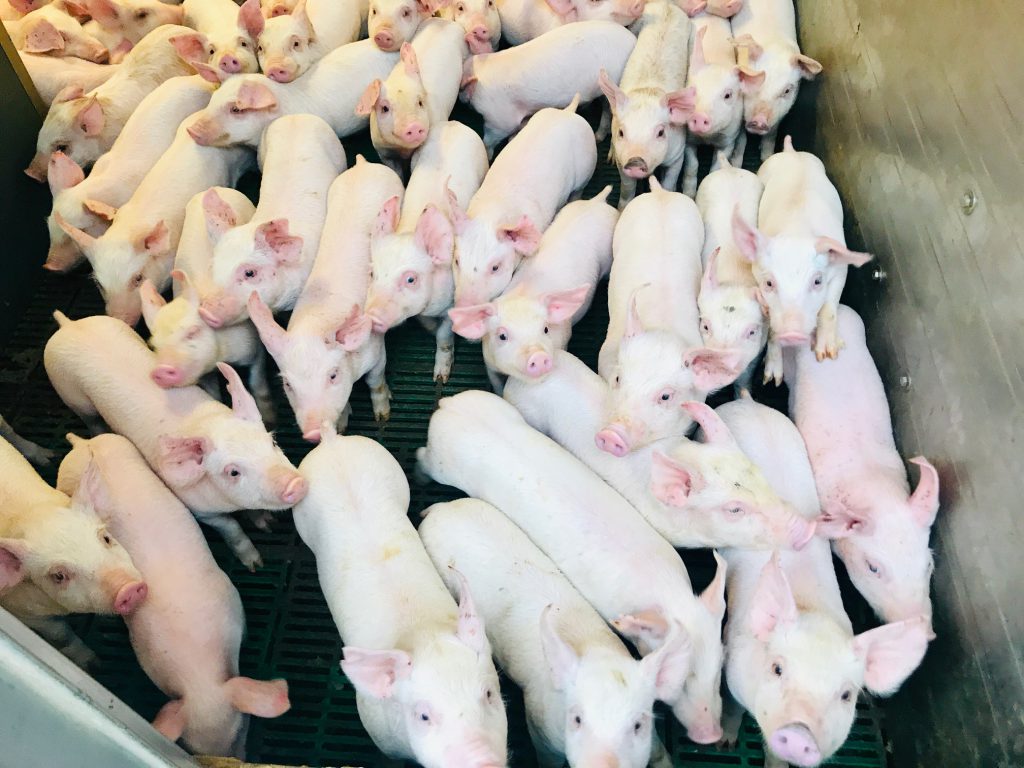 The Department of Agriculture in Dublin Airport has stated that its workers are carrying out strict controls on passenger baggage using a risk-based approach, with the aid of a food-detector dog.

It is understood that passengers arriving from outside the EU, either directly or through a hub airport, are not allowed to bring in any meat, milk or their products in their personal baggage.

It is important to note that ASF poses no risk for humans or other animal species and that the food is safe to eat. It’s strictly only pigs that are affected by the disease.

However, it can be transferred very easily and survives very well in hot and cold temperatures.

“It can survive up to three years in freezing conditions. It can survive in cooked meat, frozen meat, it carries on our clothes and through direct contact. Pigs can pick it up from the environment or dead carcasses or eating contaminated meat – that’s a big risk and that’s really how it’s spreading.

“A big problem that pig farmers here have at the moment is that it’s been identified that there is pork being imported by secondary processors into Ireland.

“Poland is positive for ASF. It’s on the east side of the country, it’s about as far as Warsaw, that’s how far it is in western Europe.

“It’s continuing to spread, it’s still moving westwards and it is just a matter before it gets to the German border,” he said.

From a farmer’s point of view, Gareth says biosecurity on Irish pig farms is essential.

As for his own holding – established by his late father, Jack, and alongside his brothers Colin and Jonathan – Gareth says he is fortunate in that it’s a breeding farm built in the middle of a tillage field.

The family business is split across four independently-run pig farm sites, which combined together as a group sells about 55,000 pigs a year.

Gareth has 24 sows farrowing every week, producing about 300 pigs that are processed at Rosderra Meats in Edenderry, Co. Offaly and Green Pasture Meat Processors in Drumlish, Co. Longford.

It’s an integrated farm with a closed herd, breeding its own replacements. The line of genetics used include: Danish Duroc, Large White; and Landrace.

Gareth has three staff and on site where they mill their own feed to reduce costs and control security. The farm goes through approximately 10 tonnes of feed per day.

“We’re lucky in that we don’t have any other farms or livestock around us, we have an isolated location which is a very good assistance to our biosecurity. 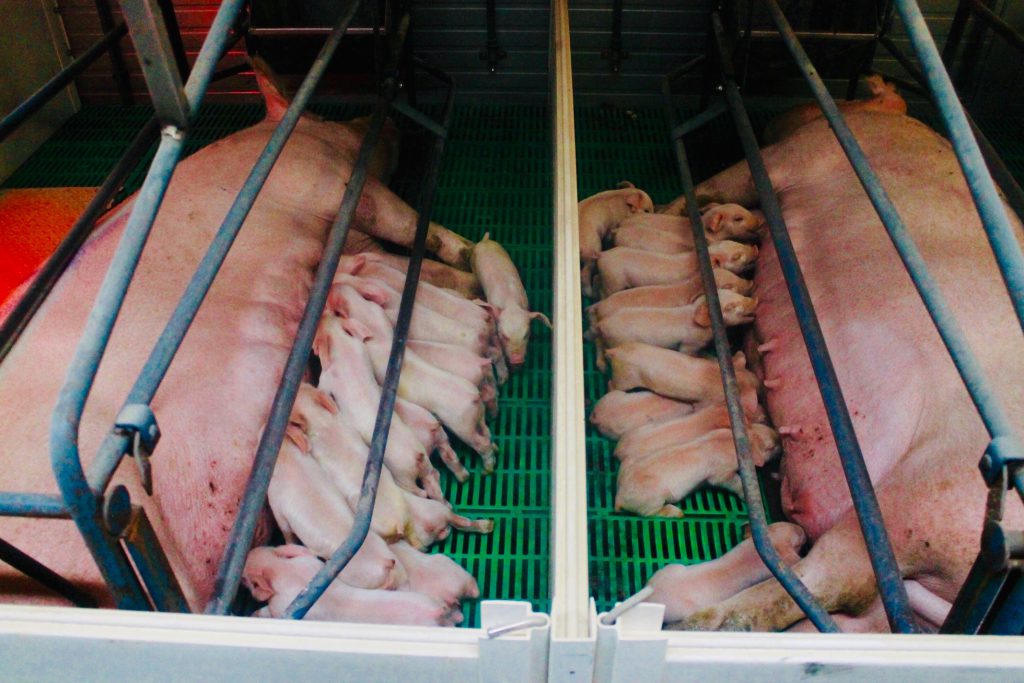 “We try to restrict movement of vehicles and goods as much as possible and we wash and disinfect. The priority now is making the perimeter fences and walls stronger,” he said.

Gareth, who is also a member of the Irish Farmers’ Association (IFA), is calling on the department and Bord Bia to “double up” efforts to mitigate against ASF risk on Irish shores.

“Our biggest concern is that ASF-positive countries in the EU are authorised to sell meat into ASF-free countries.

“It is something that we are totally opposed to because it’s putting our businesses at major risk,” he said.

Some of the EU countries currently infected with ASF include: Poland; Hungary; Ukraine; Latvia; Lithuania; Slovakia; Bulgaria; and Serbia.

However, Gareth also highlights that Ireland may be better prepared than other countries to combat the disease as the Irish pig industry is “extremely professional” in that its holdings are well-constructed and set up in isolated areas.

“Biosecurity would be a very heavy feature of Irish pig farms and we have good-quality ingredients in the feed. All that helps to prevent the spread of the disease.

“Ireland also doesn’t have a wild boar population, so between the island status, professionally-run pig farms, and a lack of wild boar or feral pigs in Ireland, we would be hopeful that we wouldn’t see the disease outbreak at all on this island.

“But the big positive that we are all chasing is the lift this is going to bring to all markets – that’s what we need to ensure.

“The price that we are receiving today is directly because of the ASF situation and within the pig industry we’re told that there are three to five years of this ahead of us – maybe even more than that,” Gareth concluded.