Are you tackling rushes the right way? 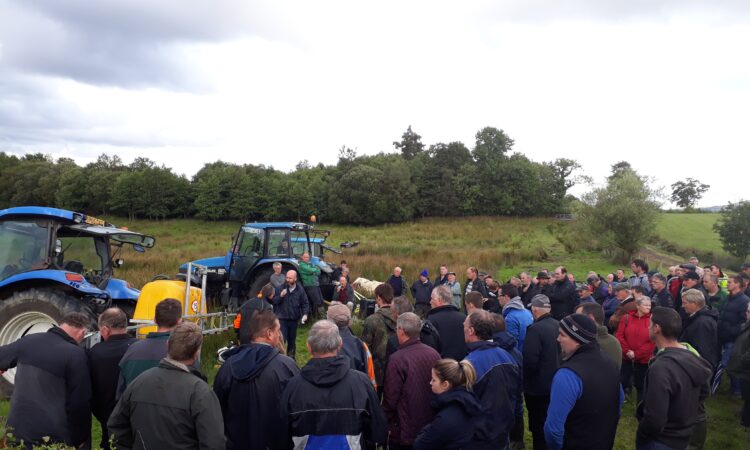 With increasing detections of MCPA being found in watercourses, the Department of Agriculture, Food and the Marine, the Environmental Protection Agency (EPA) and Irish Water are clamping down on the misuse of rush sprays.

There is a real risk that products containing MCPA will be taken off the market if farmers are not more responsible with the application of the spray, a leading Department of Agriculture inspector has warned.

Speaking at a Teagasc Knowledge Transfer event on rush control in Co. Leitrim on Monday (July 30), Claire Fitzsimons said all the relevant authorities are looking at farmers and their use of sprays much closer.

Fitzsimons indicated that the Pesticide Controls Division is actively following up MCPA breach detections on farms in problem catchments.

Any non-compliances detected will lead to either a penalty to the farmer’s Basic Payment Scheme (BPS) payment, or possibly the issuing of a Fixed Payment Notice, depending on the issues found, she added.

“When I carry out an inspection there are a number of things that I’m looking for,” she said, noting that inspections can be unannounced.

“Is the sprayer tested? If it has a boom of greater than 3m and is over five years old then it needs to be tested. It also needs to be calibrated every year.”

Secondly, the farmer – if he/she is doing the spraying – needs to be a department-registered professional user.

They need to be trained – and they also need to be registered with the department.

Fitzsimons said there are a number of farmers who have completed sprayer training courses – but do not realise that it is their responsibility to progress registration with the Department of Agriculture.

Thirdly, Fitzsimons and her colleagues will check the state of the farmer’s pesticide store. This is an area she sees a lot of errors.

“An old wardrobe out of the bedroom is not enough,” she said referencing a farm she previously inspected.

The store must be sealed, with a working lock; it must be bunded and be non-absorbent.

Finally, the most common area of non-compliance is record-keeping. Fitzsimons said records including area sprayed, amount used and who did the spraying need to be kept up-to-date.

“If there is an issue with any of these, then a farmer is potentially looking at a cut to their BPS.”

Fitzsimons said the department, the EPA and Irish Water are focusing on the correct use of sprays such as those containing MCPA because there is a fear that all products with the active ingredient MCPA will be banned unless users address the misuse.

Awareness raising activities to-date have not led to consistent and long-term resolution to the problem and as a result these products may be lost, she said.

Cian Condon from Teagasc in Manorhamilton gave an expert class on how to tackle rushes.

He said there are number of ways of tackling the rush plant with drainage being the most effective method.

However, as he noted, this is an expensive method with cutting and spraying/licking an effective way of keeping on top of rushes.

“By cutting the rushes, you deplete the rushes and it makes it easier to kill.

“You want to go in to spray or to lick the rushes when they are green and don’t have a seed on them.”

After the rushes are topped, cut or mulched, Condon advised farmers to remove them from the field saying that a rush is four times more likely to regrow if left on the field.

Condon said a single rush plant could have as many as 4,000 seeds each with a life-span of between 40 and 60 years. 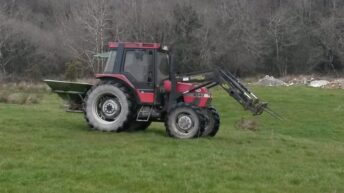