The acts of a few ‘wayward protesters’ that opted not to abide by the Beef Plan Movement’s peaceful protest guidelines played a significant role in the group’s decision to suspend its nationwide rally outside meat factories – pending the outcome of high-anticipated talks this Monday, August 12.

After 12 days and nights of protest outside 22 factories, the Beef Plan Movement and Meat Industry Ireland (MII) last night accepted compromise proposals put forward by the Minister for Agriculture, Food and the Marine, Michael Creed, aimed at breaking the ongoing impasse between the two parties.

Breaking the news to dozens of members of the Westmeath and Offaly branch of the Beef Plan Movement outside Kepak in Kilbeggan last night, county chairman and national committee member David Whelehan explained that “solo runs” by a few members of the group had a significant bearing on the suspension decision. 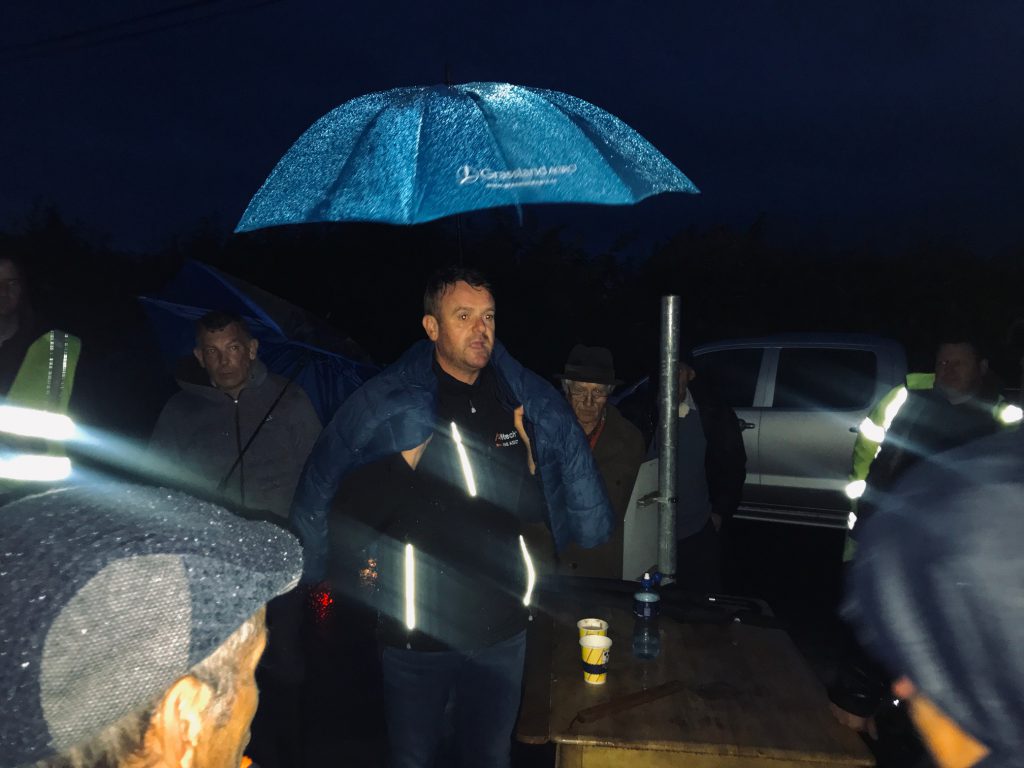 “We’ve come to a situation where Meat Industry Ireland have agreed to lift the threat of court injunctions.

“There is alleged video footage of solo blockades – which Beef Plan officially stood down – and it is these alleged actions that brought about the threat of legal injunction.

By and large the vast majority of members at those protests adhered to our guidelines, but the actions of those chosen few threatened to bring our entire peaceful protest into disrepute.

“MII have agreed to lift the court injunction on the basis that we meet them halfway and lift the protests temporarily until Monday,” he said.

Whelehan also stated that the group has made contact with other farm organisations with the aim of reaching a consensus on key sector issues over the weekend ahead of the round-table meeting.

Whelehan asked his fellow county members to row in behind the decision of the Beef Plan’s national committee.

“I’m asking for your support on this, I think it’s fair to say that anything we’ve gone about doing we’ve done it right. Now, all I’m asking is give us breathing space for the weekend to get this right.

It’s not being called off, it’s only being suspended. If the talks breakdown and it turns out to be nothing only a PR exercise, we will be back here twice as hard on Monday – and the minister has got that in writing.

As a group nationally, Whelehan says that the Beef Plan Movement is now in a position where there is “no going back”. 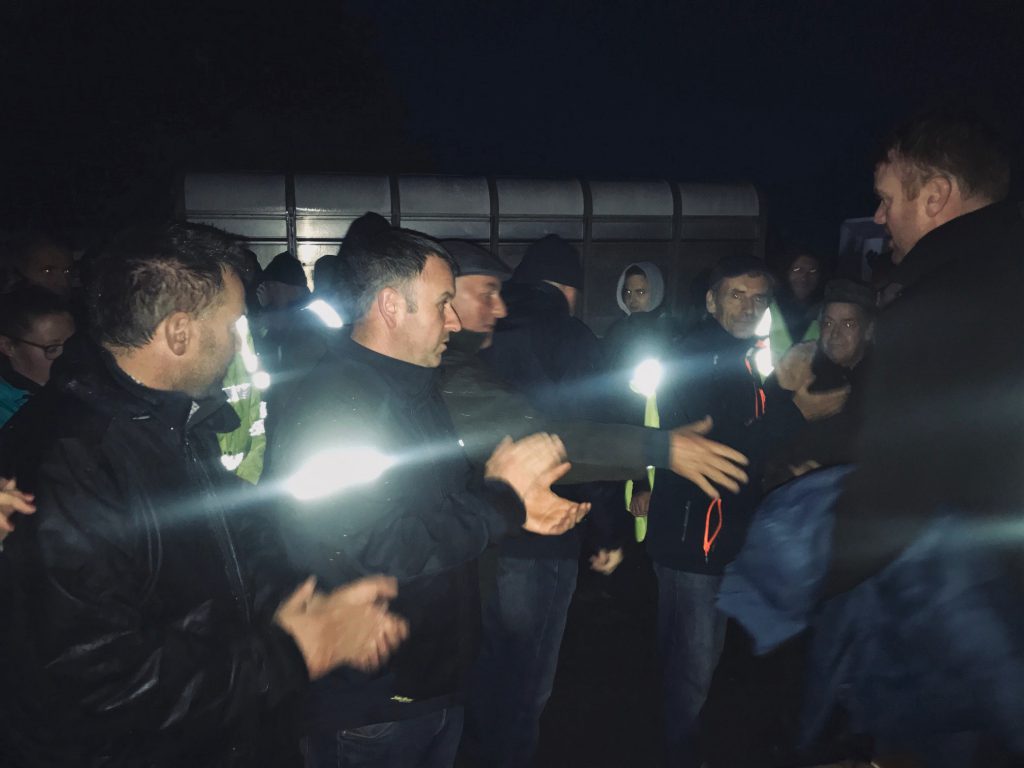 But over the last two weeks we have achieved something that no other farm organisation has achieved – we’ve frustrated the factories into closure with no financial clout behind us.

“All we have is numbers, strength in numbers,” he said.

Welcoming last night’s announcement, the president of Irish Creamery Milk Suppliers Association (ICMSA), Pat McCormack, said it is “essential” that progress is made on many of the issues impacting on beef farmers at this time particularly in relation to specifications and profitability.

Meanwhile, the president of the Irish Cattle Sheep Farmers’ Association (ICSA), Edmond Phelan, said the time for talking has arrived and that all parties should now focus their attention on delivering “a long overdue overhaul” of the beef sector in this country.

“ICSA welcomes the intervention of Minister Creed and the commitment from MII that legal proceedings will be suspended and we expect in return that protesting farmers will allow space for talks to begin immediately.

The last two weeks of protests have demonstrated clearly that the Irish beef sector must be reconfigured.

“Excessive profiteering at the expense of primary producers has been exposed, and while we understand market difficulties, all parties must now seize this opportunity and work earnestly to make the beef sector a sector that is viable for everyone involved.

“If we value this industry, then the time to protect it and to develop it in a way that is sustainable for all is now,” said Phelan.