‘Absolutely no foundation’ to ‘morbid rumours’ about calf welfare 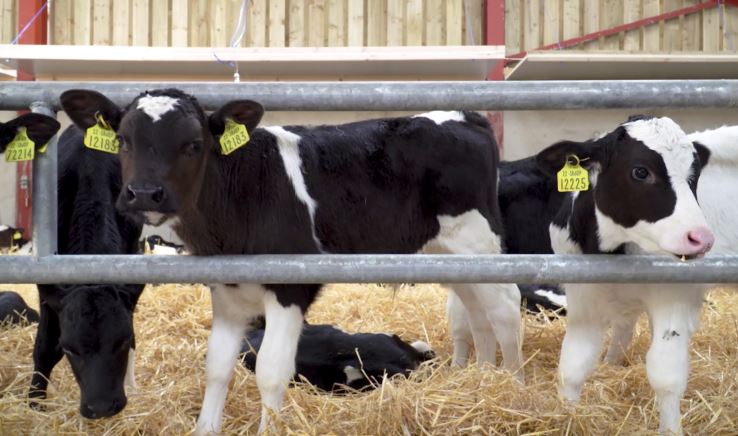 With additional reporting by Emma Gilsenan in Killarney

Teagasc has moved to debunk what it describes as a number of “sensational and morbid rumours” about dairy calf welfare that it warns are circulating from farms to pubs to boardrooms.

Addressing the 400-strong crowd French, who is based at the Moorepark research centre, outlined that when it comes to challenges facing the country’s milk production system over the coming years, the spotlight is on calf welfare.

“This first thing I’d say about calf welfare is, if I wanted to make a headline on the news tomorrow morning, I would say something like ‘I’m really worried about the tsunami of calves that are coming next spring and how we are going to cope with them’.

“But the reality is, that is not the case.

There is absolutely no data to support the frenzy of conversation that has been around calf welfare over the last couple of months, we have talked ourselves into a crisis.

French drew attention to the latest scientific data on calf mortality rates on Irish dairy farms between 2011 and 2019 to labour his point.

This time-frame of course corresponds with the substantial expansion of the dairy sector in Ireland.

See slide below from the presentation by Teagasc’s Padraig French:

“The green bars represent calves that died at birth – so they were born dead – and it goes from from 2% to 1.5% over that period.

“The red bars on top represent the calves that died during the first three to eight days – and you can see there is a general downward trend,” said French.

He stressed that mortality is an “excellent indicator” of calf welfare, as newborn calves are very vulnerable; unless welfare is prioritised calves will die.

“Unless you include some of the Nordic countries – which tend to have very low calf mortality down around 3% to 4% – for most of our international competitors calf mortality is approximately 10% – and going up to 15% or higher in some countries.

“So we have extraordinarily low calf mortality. The data would say it has not increased with expansion, in fact the opposite is the case,” he said.

French also tackled another myth that he says is out there, whereby some claim that if calves are “valueless” dairy farmers won’t look after them.

“There is absolutely no evidence there to suggest that.

“Calf mortality is not related to calf value. We all know that 2019 calf values were significantly lower than previous years and we didn’t see a spike in calf mortality.

And also the mortality of bull calves is not any higher than heifer calves – even though they are of much lower value, there is no trend upwards in bull mortality relative to heifer mortality.

Ultimately, he says, the sector has talked itself into a crisis.

“It’s based predominately on rumours, some type of morbid sensationalism or a lack of pride in our industry.

“We are talking about what is happening on our neighbour’s farms, or we heard it in the pub that ‘some fella has calves that were dying somewhere’.

“We’re talking and spreading these rumours all around the country, it’s being talked about at board level across most of our co-ops.

“These are rumours that are spreading with absolutely no foundation,” he said.

French also displayed the findings of a recent (2017) Teagasc Moorepark study whereby dairy farms around the Munster province were surveyed.

“We looked at how they are treating their heifer calves and their bull calves; and asked were they meeting the requirements that these calves have?

“We graphed where the calves were getting their colostrum, in general bull calves were more likely to get full colostrum because dairy farms with their replacement heifers have an interest in reducing the risk of Johne’s Disease.

“The farmers were giving these calves – both the bulls and the heifers – adequate amounts of colostrum. They were well fed for growth.

“There is no indication from our national data, or from our own research, that there is any major welfare crisis out there,” French stated. 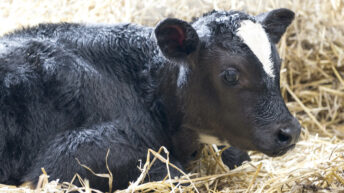