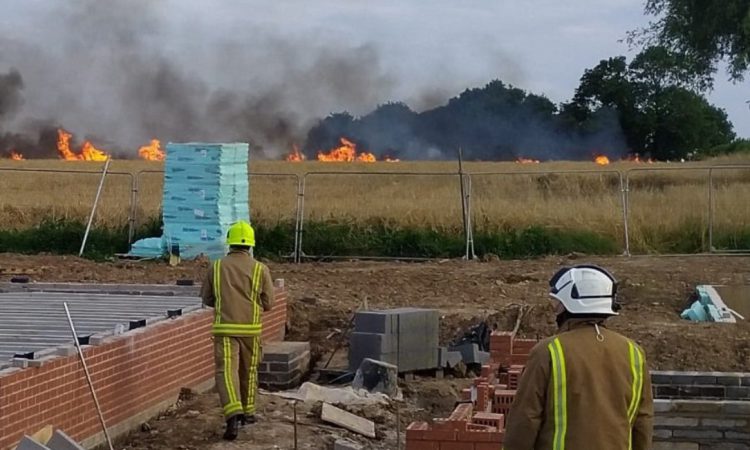 Six teenage boys have been arrested in connection with a large-scale crop fire in the UK earlier this week.

The incident, which occurred in Cleethorpes, England, saw 140ac of land affected, according to Humberside Fire and Rescue Service.

In a statement, Humberside Police said: “We have arrested six teenage boys, from Cleethorpes and Humberston, in connection with a fire which set alight farmland and crops on South Sea Lane in Cleethorpes yesterday [Monday, August 5] evening.”

According to the police statement, the six youths are all 14-year-olds from the locality.

“Holiday-makers at nearby holiday parks were evacuated from their mobile homes while the emergency services worked to bring the fire under control.

“If anyone has any information about this fire or saw anything that would help with our enquiries, please call our non-emergency number 101 quoting log 480 05/08/19.”

The fire broke out on Monday evening at 5:45pm, when Humberside Fire and Rescue (HFRS) crews were called to the scene to tackle the fire which had taken hold in a barley field and surrounding grass and shrubbery.

“Crews acted swiftly to stop the spread of fire and their rapid actions quickly had the flames under control,” the fire service said in a statement.

At the height of the fire, HFRS had six engines at the scene as well as two tactical response vehicles.

“Mobile homes closest to the area were evacuated by Humberside Police and partner agencies.” 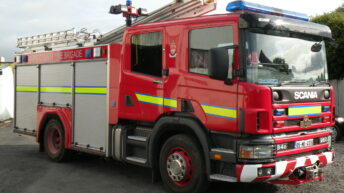