Video: Changing to a new breed of ‘combi’ in Co. Laois

AgriLand paid a visit to Co. Laois to meet the owner – Cathal Quinn (pictured above) – of one of the latest ‘combi’ baler-wrappers to hit the Irish market.

When John W Anderson caught up with him recently, he’d only had the machine three weeks.

Cathal explained: “We traded a 2017 machine in against it; we’re very impressed with the [new] Kuhn.

“We had no intention of changing the baler at all, but I got talking to a mate of mine over the last year or so; he’s a contractor as well – down in Gorey [Co. Wexford].

“He decided to change to Kuhn; he was telling me the reasons why…and they’re kind of adding up. One is Kuhn’s plastic [system] on the front. There is net on it [as well], if you want it.

“[The system] is there if you want extra plastic on the bale; it’s there as an option…and Kuhn’s is a cheaper option for farmers.”

He continued: “Before we ever had a Fusion or a ‘combi’ baler, we used to run a Welger [baler] and a Taarup [wrapper]. That wrapper was a carbon copy of what’s on the back of this Kuhn, so we’re well used to how they work. It’s the very same really.

I think that [Taarup] wrapper did 150,000 bales for us. There was very little maintenance and it worked very well.

Cathal pointed out that he still runs an older (McHale) Fusion alongside the new FBP 3135; it’s still a key part of the business.

Commenting on the Kuhn, he said: “The way she’s going – probably – she’ll be going back in, in a couple of years, for another one.” 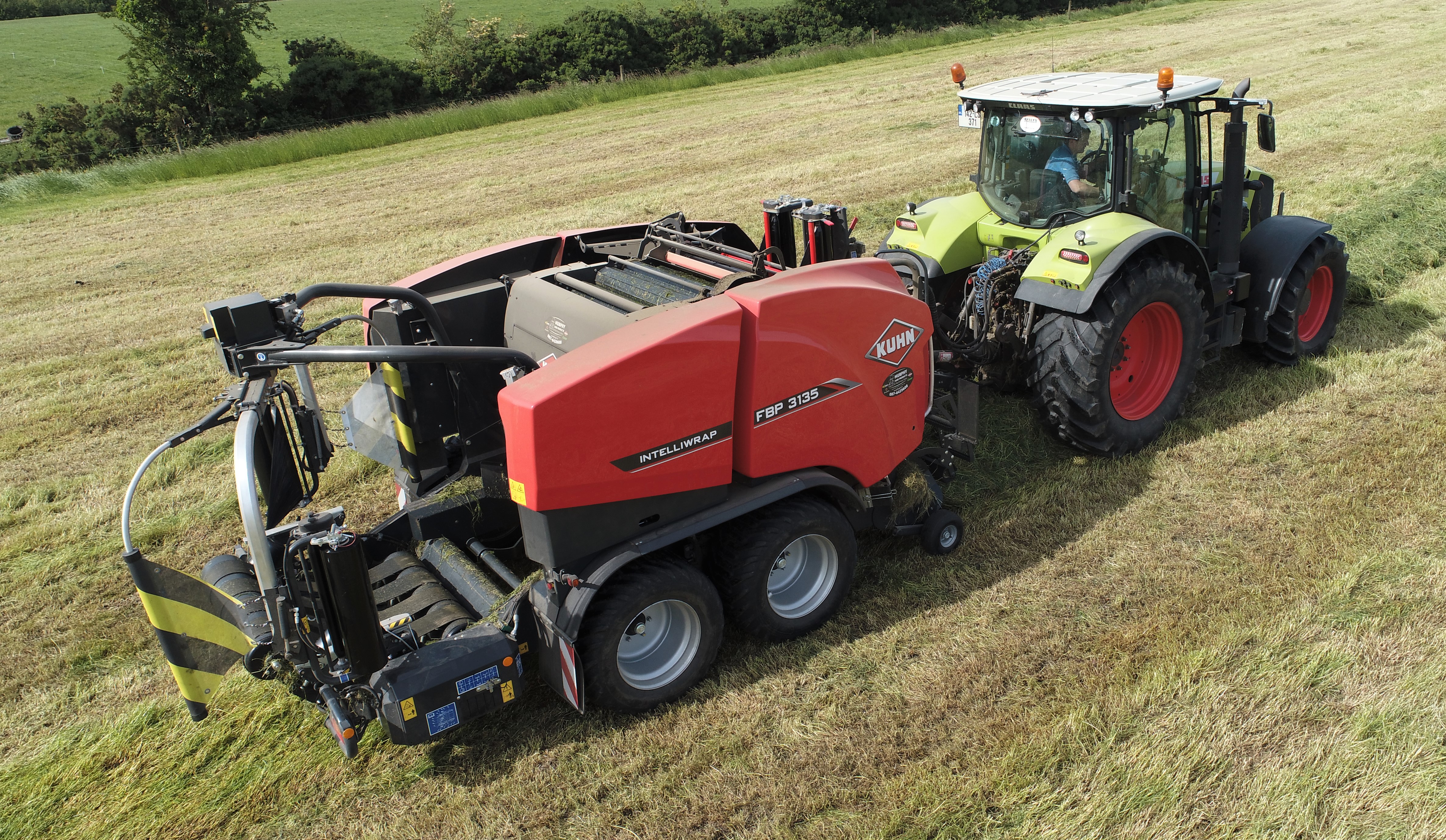 He explained that if uptake for the new (in-chamber) plastic application system “keeps going the way it is” the older baler-wrapper might also get changed – for another Kuhn.

Cathal went on (in the video) to talk about the machine’s performance. He noted that, on average, it takes between 53 seconds and a minute to complete each bale – for a “full cycle…with plastic”.

He also touched on film costs – on a per-bale basis. He said, with the machine’s new (in-chamber) plastic system, the farmer has “no net to worry about in the winter”.

“Just cut your bale; everything’s where you want it.”