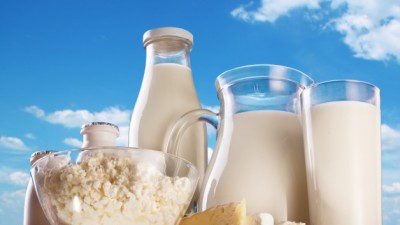 Global milk production over the coming decade will increase by more than 120m tonnes, two-thirds of which will be produced in the Asia-Pacific region.

That’s according to the Rome-based FAO, the Food and Agricultural Organization of the United Nations, which says the increased dairy consumption in Asia and the Pacific has proved critical to improving child nutrition and the livelihoods of small farmers across the region.

According to the FAO, Asia-Pacific has overtaken Europe as the world’s largest milk producing region, with India being the largest producing nation: it is estimated that 20% of global milk production now comes from there.

By the end of 2015, the Asia-Pacific region had achieved its Millennium Development Goal to reduce hunger and under-nutrition by half.

“Dairy is among the top three commodities produced in this region, in terms of gross value worth more than 110 billion dollars annually and the demand for dairy products hasn’t reached its peak. Not by a long shot,” said Kundhavi Kadiresan, FAO Assistant Director-General and Regional Representative for Asia and the Pacific.

“Milk production has been among the most celebrated success stories in Asia, and the authors of this success story are the millions of small farmers scattered across the region,” said Kadiresa.

It is understood that school milk programmes linked to local smallholder dairy development have contributed greatly to improving nutrition and supporting rural livelihoods.

Founded In 1945, the FAO is an intergovernmental organization with 194 member nations.

It three main objectives are: the eradication of hunger, food insecurity and malnutrition; the elimination of poverty and the driving forward of economic and social progress for all; and, the sustainable management and utilization of natural resources.