‘Northern dairy farmers should not have to cut production’ 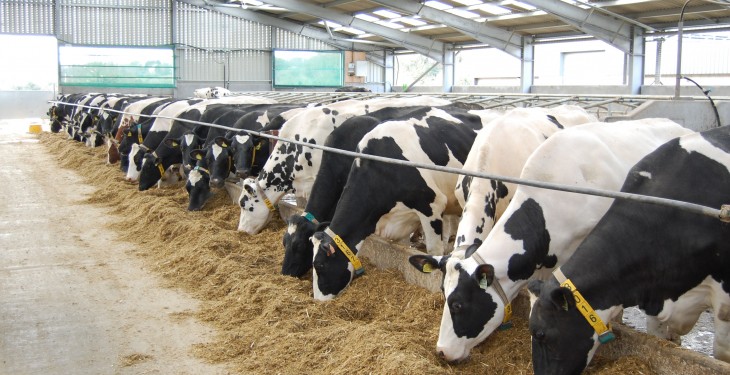 The Ulster Farmers’ Union (UFU) is not supporting calls for dairy farmers in Northern Ireland to cut back production levels, according to the organisation’s Chief Executive Wesley Aston.

“This approach has been ruled out entirely by members of our dairy committee.”

He said all members agreed that the best way forward is for the banks, feed compounders, fertiliser companies to come up with a financing plan, which reflected the long-term nature of milk production.

Aston was responding to the proposal for the north’s dairy farmers to cut milk output by 5% over the coming months, in lieu of a stronger milk price from the processors.

“I am aware that such an idea was discussed at the end of January by representatives from at least one other farming organisation and a number of dairy companies.

“We will not be getting involved in this process.

“Rather, we will be focussing our attention on next Thursday’s meeting of the Dairy Strategy Group, which will be hosted by the Northern Minister for Agriculture Michelle O’Neill.

We will use that occasion to get some form of long-term financial plan put in place for the dairy industry.”

Aston said the banks have a critical role to play in this regard.

“These institutions are quite prepared to agree 25-year mortgages for houses.

“Yet, up to this point, they have not taken a similar, long-term perspective, where agriculture is concerned.

“Many farmers in Northern Ireland own outright assets valued at £1m and more. These people have fundamentally sound businesses. And the banks must recognise this fact.”

Aston confirmed that the Union will be putting pressure on feed and fertiliser companies to come up with longer-term payment plans for their farmer customers.

“Fertiliser suppliers certainly took this approach in the past: it’s time they did so again.”