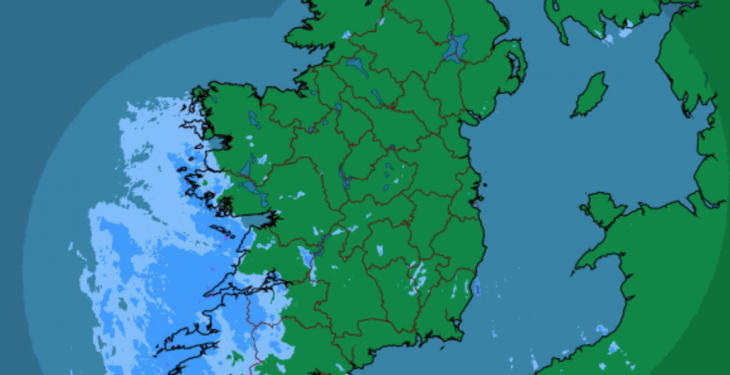 Met Eireann has issued two weather warnings – orange and yellow – as Storm Imogen brings more rain is wind is to move across the country.

A status yellow warning is in place until Monday for the entire country as an Atlantic depression is set to  track eastwards and bring storm force winds to southwest and southern coasts of Ireland on Sunday night and Monday morning.

Wind warnings have also been issued for the western side of the country with Cork, Kerry, Clare Limerick and Waterford expected to experience westerly winds of up to 75km/hour, as Storm Imgoen moves inland.

Today will see bright or sunny spells along with scattered showers turning into more persistent rain this afternoon, extending from the southwest to all areas.

Tonight, the weather will turn fresh as strong southwest to south winds are expected to become strong to gale force in the southwest, with a storm at sea.

Met Eireann says storm Imogen will bring storm force winds off the southwest and south coasts with extreme waves of up to 15 meters likely along southern coasts overnight.

Scattered heavy showers or longer spells of rain will turn wintry on hills and mountains as temperatures fall to between 3 and 5 degrees, down to about 1 degree in Ulster where winds will fall light.

Monday will continue to see wet and windy conditions with widespread heavy showers.

The coming week will also see temperatures drop to the low single figures, and some sleet and snow is expected on higher ground.

Further wintery conditions are expected to continue this week, especially at night, with temperatures dropping to below freezing.