Tesco suppliers’ abuses – ‘it must be happening elsewhere, including Ireland’ 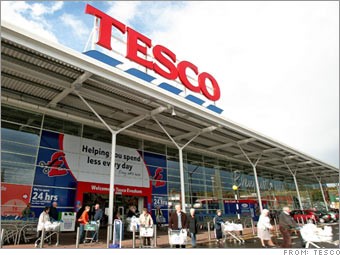 The recent investigation which found that Tesco UK breached the Groceries Supply Code of Practice (the Code) confirms the worst suspicions around the misuse of power in the food supply chain, according to MEP Mairead McGuinness.

The Fine Gael MEP said that “if it’s happening in the UK it must be happening elsewhere, including Ireland”.

Furthermore, the investigation raises profound questions as to how prevalent the issue is across the EU, she said.

“And the type and extent of the supplier abuses – a deliberate policy of delayed payments which was widespread, under payments, demands for cash and more – threatened the very existence of some suppliers, many of whom were largely dependent on the retailer for their income,” McGuinness said.

Advertisement
The Midlands North-West MEP also said that these abuses make a voluntary code of conduct by major retailers seem naive in the extreme.

“Here we have evidence that a legal code was breached to an appalling degree.

“I am of the view that the EU needs a strong legal code and where multiples are found to breach that code there must be penalties and those penalties should hit the offenders where it hurts most, in their pockets.

“I would call on the Irish authorities, the CCPC, to look at this report and to see do they need to do some work in Ireland.”

The MEP who is working on the issue at EU level has promoted the need for legislation to tackle unfair trading practices.