The Teagasc Authority has approved the appointment of David Colbourne as the new Teagasc manager for the Galway/ Clare advisory region.

The appointment comes after the retirement of Brendan Heneghan after a long and successful career in Teagasc.

Colbourne, a native of Birr, Co. Offaly, has been working as a Teagasc Dairy Business and Technology adviser, based in Ballyhaise and Bailieboro in County Cavan for the last 15 years.

Previous to his adviser role, he was a lecturer in dairy science and farm management at Ballyhaise Agricultural College since joining Teagasc in 1996.

Earlier in his career he worked as a secondary school teacher of mathematics and science in schools in Dublin and Wexford.

Speaking after his appointment Colbourne said that he is really looking forward to working with the farmers of counties Galway and Clare and with the agricultural organisations in this region, as Teagasc delivers its advisory and education programmes to assist them to further develop their businesses.

“We have a strong team of advisers in this region backed up by the Teagasc specialists and researchers at the animal and grassland and economic research facility in Athenry.” 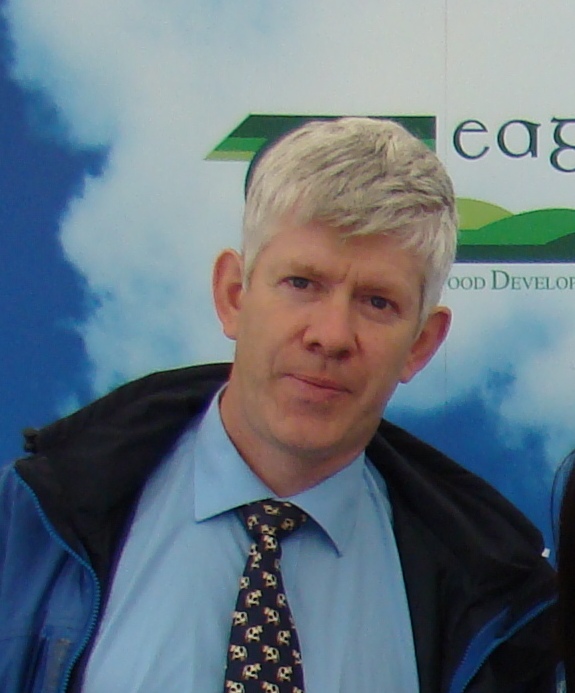 He joined Teagasc in 2009 from the Warrenstown Horticulture College, where he had taught for 30 years up until its closure in that year.

While in Warrenstown, he delivered a diverse range of horticulture courses and occupied the roles of Assistant Principal for nine years and Acting Principal for one year.

He has a keen interest in turfgrass and in 2011 he completed a Masters in Agronomy at the University of Lincoln, Nebraska, USA, under the supervision of Professor Roch Gaussoin.

Speaking on his appointment Dockrell said that he is looking forward to the new challenges that the role of Assistant Principal will present.

“I have a particular interest in developing new work-based courses at the college and delivering a range of Continuous Professional Development (CPD) training for the horticulture industry.”