FrieslandCampina has held its guaranteed price for raw milk supplies for February at €29.25 per 100kg, which is the equivalent of 28.27c/L.

The guaranteed price for reflects the estimated milk prices of the benchmark companies for the month of February and FrieslandCampina said that market developments are relatively stable.

The guaranteed price applies to 100 kilogrammes of milk with a protein content of 3.47%, a fat content of 4.41% and a lactose content of 4.51% and is exclusive of VAT. 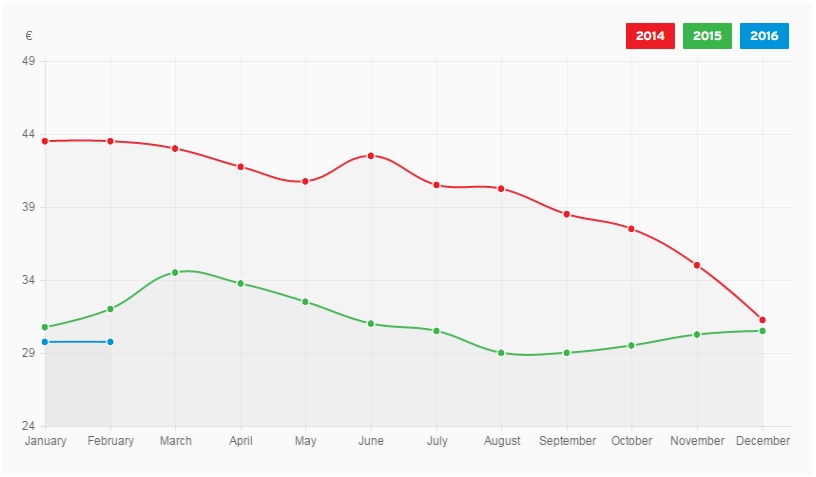 Earlier this year, the processor introduced a bonus for farmers who limited their milk supply.

Between January 1 and February 11, farmers are to be paid an extra €2.00/kg of milk if during this time they supply less milk.

This temporary measure is required because the milk supply by the member dairy farmers is expected to grow faster than foreseen in the coming weeks, according to the processor.

Therefore, in order to be able to process this milk, FrieslandCampina made heavy investments in extra processing capacity during the last few years.