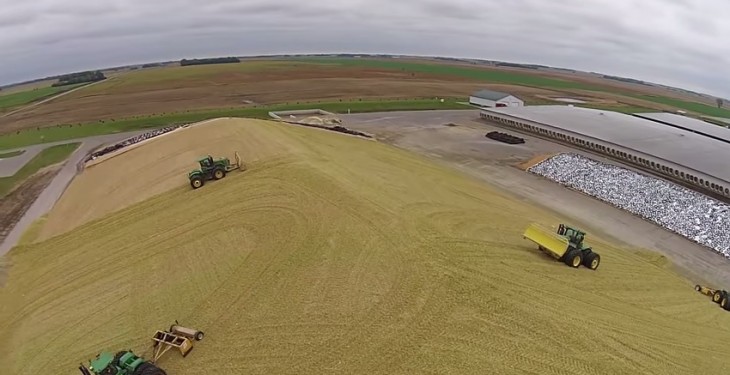 Does your silage pit rival the size of this maize silage pit in the US?

East Dublin Dairy in Minnesota in the US was filmed last year harvesting its 2014 maize crop.

The cutting is filmed with a drone and shows the combine cutting the crop and filling two trailers.

The drone then films the silage pit being filled with the maize, where the silage is piled and compacted by several tractors.

Four tractors are filmed dumping the silage and compacting it. Thousands of tyres and plastic are used to preserve the silage in the pit.

The drone also films the grain silos and sheds on the farm; showing the scale of the farm.

Speaking to the local paper, Dairy Star, co-owner of the farm David Yost said the following:

“Cows are milked in an 80-stall rotary parlor, 600 cows every hour during 22 hours of every day. Every 5.5 seconds another cow is entering the rotating parlor.”

Cutting maize for silage is a practice used in many dairy farms in the US and East Dublin Dairy in Minnesota is no exception.

Inclusion of maize silage in the forage with grass silage invariably increased forage intake but the benefit in milk production depended on the maturity (starch content) and digestibility (greenness) of the crop when harvested, Teagasc says. 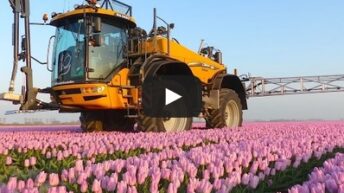 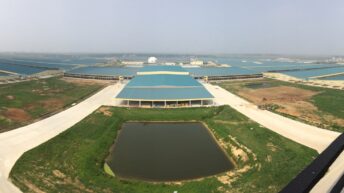