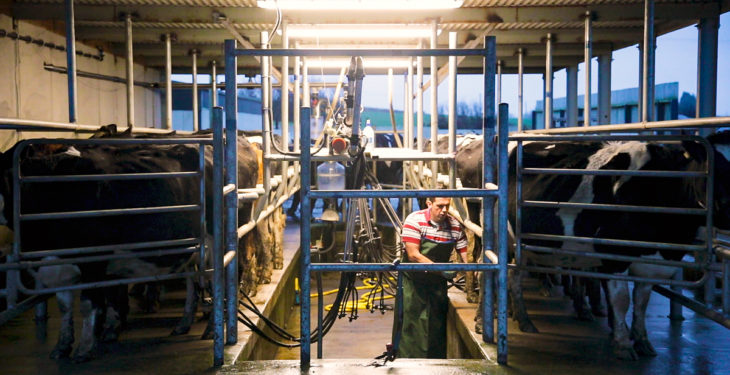 The announcement earlier today, Tuesday, April 30, that Kerrygold has reached and surpassed €1 billion in retail sales, has been cautiously welcomed by the Irish Creamery Milk Suppliers’ Association (ICMSA).

However, Pat McCormack, the association’s president, has argued that this impressive level of sales is yet to properly filter down to dairy farmers.

He acknowledged that the figure, revealed today at the headquarters of Ornua – Kerrygold’s owner – is positive news for the Irish dairy sector, and gives a “clear recognition of the strong and justified reputation of Irish dairy farmers and their grass-based system of production”.

McCormack said that, while the announcement was welcome, the growth in dairy sales and the recognition of Irish milk quality had to deliver a stronger price for the supplier.

“We are producing a premium product and it’s high time that we start receiving a premium price on a consistent basis that reflects the fact that this whole sector is built on our work, our skill and our milk,” said McCormack.

“The price we receive needs to reflect that and dairy farmers will judge their processor and marketing bodies on this basis,” he added.

According to McCormack, Irish milk prices have been “effectively static” for many years, and has not kept pace with input costs.

During today’s announcement at the Ornua Offices at Grattan House in Dublin, Roisin Hennerty, Ornua’s global foods division manager, argued that it was a “special day for the dairy industry”.

“While Kerrygold holds a unique place in the hearts of the Irish people, we are especially proud that the brand has captured the hearts and imagination of consumers all over the world,” she said.

Michael Creed, the Minister for Agriculture, Food and the Marine, was also in attendance today, where he said: “Reaching this milestone is a significant achievement for Kerrygold and Ornua, who have not only contributed economically to Ireland, but have also played their part in supporting our vibrant rural community.” 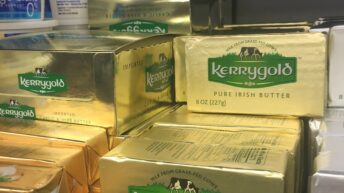