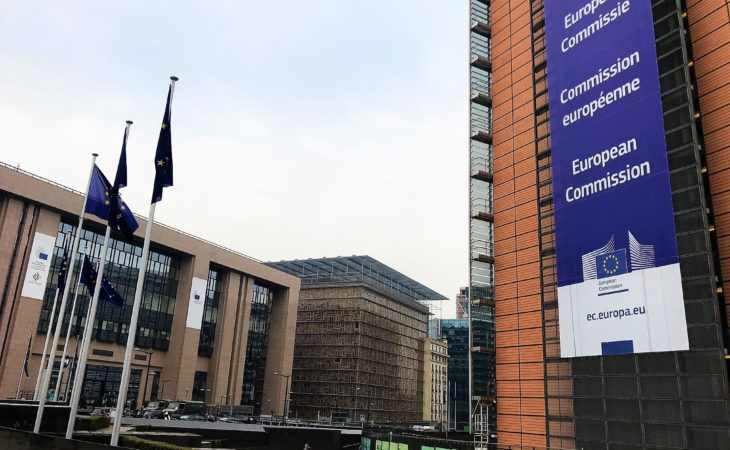 As Europe’s leaders meet to discuss the future of the EU budget post-Brexit, AgriLand caught up with the country’s front-line MEPs at the corridors of power in Brussels this week.

Invited over as part of an Irish Cattle and Sheep Farmers’ Association (ICSA) delegation, this publication got the inside track on potential changes in the upcoming Common Agricultural Policy (CAP) reform; plus, the latest on the pending EU/Mercosur trade deal.

The CAP is a cornerstone of the EU, costing nearly 40% of its budget or €58 billion every year. However, the budget is now facing a €13 billion black hole due to the UK’s vote to leave the bloc.

Although Ireland has signalled that it will contribute additional funds, countries including: Sweden, Finland, Austria, the Netherlands and Denmark are unwilling to help fill the gap.

This resistance is mounting huge pressure on CAP funding as the UK’s estimated net contribution to CAP amounts to €3 billion annually.

Another major challenge for the CAP money box are calls for spending to be prioritised for migration and security.

On top of capital concerns, debate over the shape of CAP post-2020 is also heating up.

From disquiet over plans to give member states more autonomy to growing calls to reduce the CAP payment ceiling from €150,000 to €100,000 or lower, to confusion over whether the future of CAP will centre on food security or rural supports, the battle in Brussels is only beginning.

Sitting in his office at the European Parliament, Flanagan – who is a member of the parliament’s agriculture committee and budget control committee – says the end result he is seeking is that the money goes to small family farms.

Ultimately, CAP money has to stop going to ranchers, the Queen of England and Larry Goodman. It should go to ordinary farmers.

“The current situation where 80% of the money goes to the richest 20% has to stop; we have to see proper convergence.

“Some countries are showing resistance because they understand where the money is going and they believe it is not going to the right people,” he said.

He is concerned that the Irish Government will fail to effectively reverse the “80:20” direct payment divide. He also raised issues over giving member states a much greater degree of subsidiarity (more autonomy) to tailor CAP to their own individual landscape and needs.

“I have massive concerns with it because any time a department gets control they tend to favour the big farm; so I’m kind of conflicted. Obviously, I would like to see more power reside with Ireland; but, my experience of dealing with the department of agriculture would leave me terrified if it had more control.

“So the whole theory of subsidiarity is good; but, who we’d be leaving in charge would worry me.

“We know how complicated and bureaucratic GLAS has become at the moment where we have a procession of farmers, one after another, looking to talk to the commission about how they cannot follow the scheme, they cannot get their funding, they are being denied.

Flanagan is also concerned that giving countries more autonomy will affect the commonality of CAP.

“The common part of CAP is the most important part because it allows for us to market and sell our produce within defined standards and principles – they will disappear if we have subsidiarity on that,” he claimed.

When considering the cold realities around the European Union budget, McGuinness, first vice-president of the European Parliament, admits “we have a problem when the UK leaves”.

“There will be a hole. The question is are member states prepared to fill that gap completely or only partially? If the answer is ‘completely’, we won’t have a problem. However, there are differing opinions around the table.

Some are willing to make up the budget, Ireland included, but not all. We are having a very deep, very important debate on the budget and it needs to accelerate.

“I’m confident in that we have support from the commission of agriculture policy and Commissioner Hogan is battling hard; but, the next few months are going to be crucial.

“The debate is very mixed up at the moment; but it’s a healthy debate and I wouldn’t be afraid of it. The added complication is Brexit; but, my guess is that they will end up paying something into the budget so it will not be as large,” she said.

McGuinness believes the EU is setting a challenge for member states by giving them more autonomy.

The reason why Europe is taking this approach is because there is so much criticism of Brussels and bureaucracy and the commission having too much say. That is coming from member states and also farmers.

“If it works better than what we have today we will all have to push for it; if not there will be resistance. And there is resistance already – many countries are not convinced, so it’s not a done deal,” she said.

Following a debate in the agri committee this week, McGuinness said changes to the CAP are unlikely to come into effect in 2021, with the likelihood of a sufficiently long transition period to enable member states, the commission and farmers to adjust to any new regime.

The size of the budget post-2020 will not be known for some time, she explained.

She said it is clear that the commission wants to see a more targeted support system to suit the needs of farmers in different systems in different member states.

However, she is concerned about what this means in practice when the CAP is an economic policy for the sector with a wide range of objectives.

On the capping of payments – which is linked to concept of providing more fairness in the next CAP – she said: “While it’s accepted as a principle there is little agreement between farmers or indeed between member states about the appropriate level of capping.”

Harkin believes these scenarios were put forward to “put it up to member states” and to “let them see the implications” of not properly funding the budget.

“I wouldn’t be overly concerned just yet about the options on the table; it’s early days but it shows what the worst possible outcome could be.

She said money will have to be found for other new challenges facing the EU such as cyber-security and the fight against terrorism.

“I can’t guarantee that the budget will be maintained; this commission is reasonably supportive and until you see the pot it’s impossible to know how CAP will look,” she said.

At one level farmers will be able to say ‘yes the commission is out of our hair’, but at another level they will have more dealing with the department of agriculture.

“This mantra of Brussels made me do it won’t hold in the way it has up to now,” she said.

Matt Carthy, Sinn Fein MEP, says farmers have “every reason to be nervous” about looming cuts to CAP post-2020.

He says member states that don’t view agriculture as important to their national interests want the EU budget to be diverted to other areas.

The larger countries and MEPs from within those countries don’t make any secret of that, Germany is probably the driving force.

However, he says that position is being overtaken by Brexit and by the EU actively pursuing other priorities such as its defence fund.

“From an Irish perspective we need to be very stern, united approach from farm organisations and all MEPs and representatives from the Government,” he said.

He is worried that the Commissioner for Agriculture and Rural Development, Phil Hogan, has not rebutted last week’s proposals on a potential CAP cut of up to 30%.

To me it is bizarre that Phil Hogan has not come out forcefully defending the CAP budget, and the need for it to be protected. That is worrying. In terms of setting the narrative and informing the public.

“He should be coming out very strongly supporting the EU CAP budget as it is and, if anything, arguing for an increase, as opposed to his current performance. Farmers and farm organisations should be cognisant of that,” he concluded. 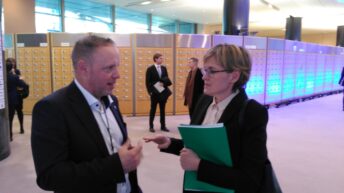 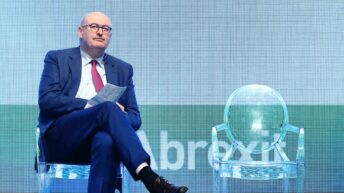