A woman aged in her 70s was taken to hospital with non-life threatening injuries following a road collision involving a tractor, according to An Garda Síochána.

“Gardaí attended the scene of a two-vehicle road traffic collision in Rusheens, Tuam, Co. Galway. The incident involving a car and a tractor occurred on Thursday at approximately 11:30am.

The driver of the car, a female in her 70s, was taken to University Hospital Galway with non-life threatening injuries.

“The driver of the tractor was uninjured,” the spokesperson concluded.

Meanwhile, across the water, a man was injured by a Limousin bull at the Great Yorkshire Show in the UK on Tuesday, July 9, according to local reports.

The incident occurred at the show, held in Harrogate, England, when the bull was being walked out of the show ring.

According to local radio station Stray FM, organiser of the show, the Yorkshire Agricultural Society, issued a brief statement confirming the incident.

A spokesperson for the society said: “At approximately 9:45am, a Limousin bull was being walked out of a ring after being judged when it was spooked and dragged its handler back into and across the ring.”

“The handler required medical attention in the ring and has since been transferred to Harrogate District Hospital with what are thought to be non-serious head injuries.” 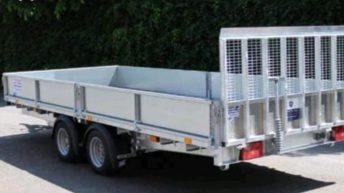