Will Pat Smith and the IFA join forces on renewable energy? 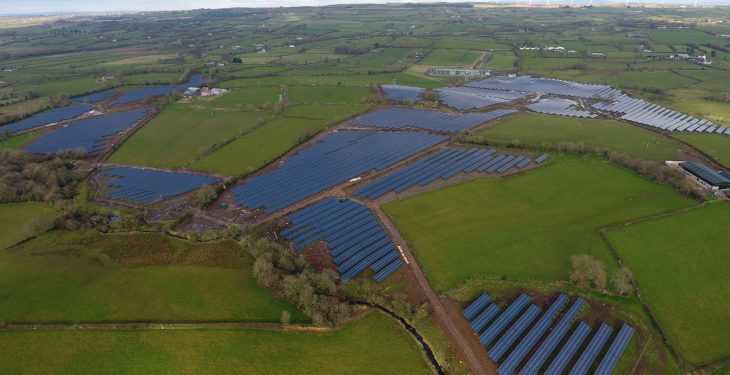 In response to a recent report from the Dail’s Public Accounts Committee on the calculation of potential fines within two years if Ireland fails to meet climate change targets, Pat Smith – joint-chairman of MREF – is urging the Government to put necessary supports in place.

Smith is calling on the Minister for Communication, Climate Change and the Environment, Denis Naughten, to “accelerate” his plans to provide a grant-aided scheme for domestic installations of PV (photovoltaic) solar which is expected to be rolled out this summer.

Thousands of homes and businesses are ready and willing to install PV solar on their premises once Government puts the necessary supports in place.

“PV solar complements the Government’s strategy to electrify energy use in heating and transport. Supporting solar installations makes sense and will allow homes, businesses and farms to generate their own sustainable power using roof-top or ground mounted PV solar,” he said.

MREF – a trade body representing companies and stakeholders engaged in developing, installing, supplying and manufacturing micro PV solar and battery storage solutions in Ireland – estimates that the demand for electricity usage in homes will more than double in the coming years.

It also estimates that 500,000 homes, 50,000 businesses, and 75,000 farms have suitable roof space to deliver up to 250MW electricity per year from roof-top PV solar installations.

“The Government wants to replace oil burners with heat pumps, which will double the electricity usage in most homes.

“Add in electric car charging and homes will see the average annual kilowatt hour (kWh) used increasing from 4,000 kWh per year to more than 10,000 kWh per year,” he said.

Speaking to AgriLand, Smith – who is the managing director of Local Power and former general secretary of the Irish Farmers’ Association (IFA) – also discussed his company’s plans to build “significant projects” for farmers this year, a number of which will be grant supported.

“I’m working with different groups of farmers in the renewable space on anaerobic digestion as well as the solar side. Local Power is a very open book; we’re looking forward to working with everyone in the industry.

I see solar and battery storage being very relevant for farmers. I’m focused very much on self-consumption and consuming the energy on-site; that is where my focus is.

Although Local Power is not specifically working with the IFA; it is understood that Smith is working with a number of individual IFA members on different projects.

Separately, the IFA recently highlighted how communities should have the greatest possible levels of ownership in all future renewable projects.

Speaking recently after the Citizens’ Assembly proposals on greenhouse gas emissions in agriculture – which includes a proposal to tax farmers for food production emissions – IFA president Joe Healy said the carbon tax proposal is a “no-go”; but added that other recommendations provide a real platform for change in the transition to a low-carbon economy.

Healy outlined how the state should enable, through legislation, the selling back into the grid of electricity from micro-generation by private citizens  – including energy from solar panels or wind turbines on people’s homes or lands.

The IFA president has called for this to be carried out at a price which is at least equivalent to the wholesale price.

Smith appears to share similar views on reducing carbon in the national economy.

“Everyone uses energy and everyone is paying the PSO levy to support all of this. The Government, instead of continuing to support big developers and big projects, should support small farms and individuals to generate some of their own energy – that’s what happens in every other country. We are way, way behind,” he said.

Referencing recent figures from the ESB, Smith said that Ireland is currently generating 38 million tonnes of carbon a year.

“By 2050, that has to be reduced to six million tonnes; yet – at the same time – there is going to be an extra one million people living in Ireland and an extra 500,000 homes. This is a journey that is only starting,” he said.

The key characteristics of the new scheme will be the promotion of technological innovations and the linking of energy efficiency measures with micro-generation supports.

A spokesperson for the Department of Communication, Climate Change and the Environment said: “The proposed pilot scheme will commence this summer and will target solar PV and self-consumption amongst domestic customers.

Further details of this scheme will be made available when the minister has received a study being undertaken by the SEAI [Sustainable Energy Authority of Ireland] into the likely uptake and demand for the scheme and has had an opportunity to consider its analysis.

The funding allocation will also be decided by the minister once he has received details on the proposed design of the new scheme.

The data gathered during this scheme will inform future phases of support for micro generation in Ireland.

“This will be the first phase in a multi-phased implementation of supports for micro generation in Ireland, as we move toward the new Renewable Energy Directive and enable the renewable self-consumer,” said the spokesperson. 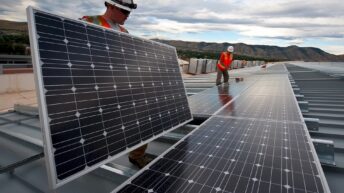