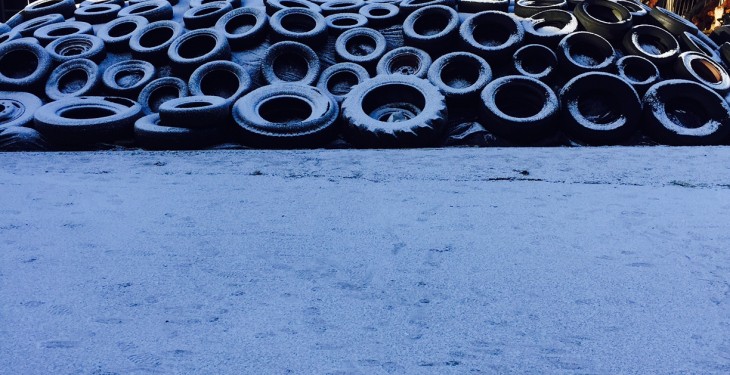 There’s a cold week in store with frost and ice along with more rain which could lead to more flooding in parts, according to Met Eireann.

Severe frost and icy stretches will clear slowly this morning, Monday, and will possibly linger into the afternoon in sheltered areas.

It will be very cold with a widespread sharp to severe air and ground frost with lowest air temperatures of zero to minus 4 degrees Celsius.

While there will be good sunshine in the morning, it will become cloudier in the west this afternoon.

Today will be a dry day apart from the odd wintry shower in the north and highest temperatures won’t reach higher than 6 degrees.

Frost will quickly set in again after dark and tonight will be cold at first, especially over the eastern half of the country with widespread frost and icy stretches on untreated surfaces.

There will be lowest temperatures between minus 1 to plus 4 degrees Celsius, however, cloud will thicken from the west and southerly winds will strengthen, clearing the frost later in the night.

For the week ahead, both drying and spraying conditions will remain poor. There will be little improvement in field conditions this week also with land remaining waterlogged.

Early tomorrow morning, Tuesday, rain or drizzle will develop in the west around dawn and overall it will be a wet and windy day.

There will be persistent rain in the west, which will then extend countrywide in the morning.

The rain is promised to be persistent through the afternoon and evening, with heavy falls in parts of Connacht and Munster with a risk of flooding.

There will be highest temperatures of 7 to 10 degrees tomorrow in fresh to strong southerly winds, reaching gale force along Atlantic coasts in the afternoon.

On Tuesday night persistent and heavy rain will continue in many areas during the first half of the night with further flooding possible.

Met Eireann has indicated that there will be a gradual clearance to scattered wintry showers will extend eastwards later in the night.

Winds will continue to be fresh to strong and gusty and will veer westerly with the clearance and moderate and there will be lowest temperatures of 0 to 3 degrees Celsius.

Last week was another cold week and temperatures are below average for this time of year, with cold winds expected over Ireland for most of next week, this trend is unlikely to be reversed any time soon, Met Eireann has said.

It will be coldest towards dawn with some frost and a risk of icy stretches.

Looking to Wednesday, during the morning rain is promised to clear into the Irish Sea and the day will be bright and cool with sunny spells and passing rain or hail showers in fresh west to southwest winds.

There will be highest temperatures of 4 to 7 degrees on Wednesday.

On Wednesday night showers will become confined to Atlantic coastal areas, elsewhere it will be mostly dry with clear spells and winds falling light.

There will be lowest temperatures on Wednesday night between plus 2 to minus 3 degrees with widespread frost and ice on untreated footpaths and roads.

According to Met Eireann, Thursday will be a bright and cool day with westerly winds and scattered showers, some heavy and possibly thundery and falling as sleet or snow in northwestern areas.

There will be afternoon temperatures of 7 to 10 degrees in moderate to fresh westerly winds.

It looks to be unsettled for the weekend with wet and at times windy weather and temperatures becoming slightly milder than average for February.