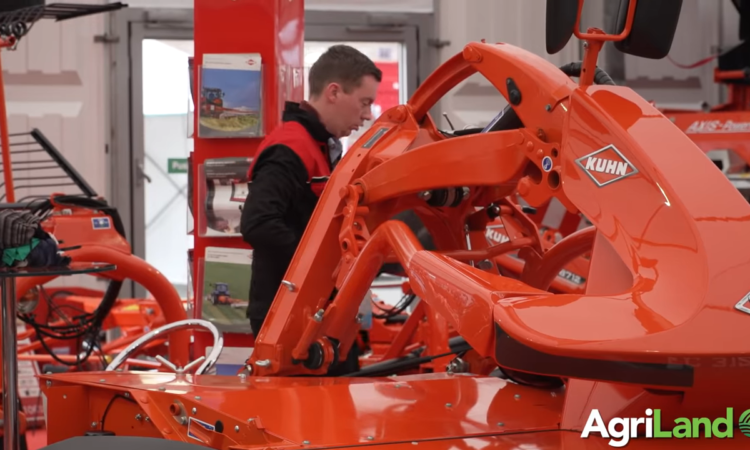 Representatives from the factories – in France and Holland – are in attendance alongside the Kuhn Center Ireland team.

The company also has a spare parts stand at the show, located across the aisle from its main stand.

One highlight is the FBP 3135 combination baler/wrapper (pictured below). 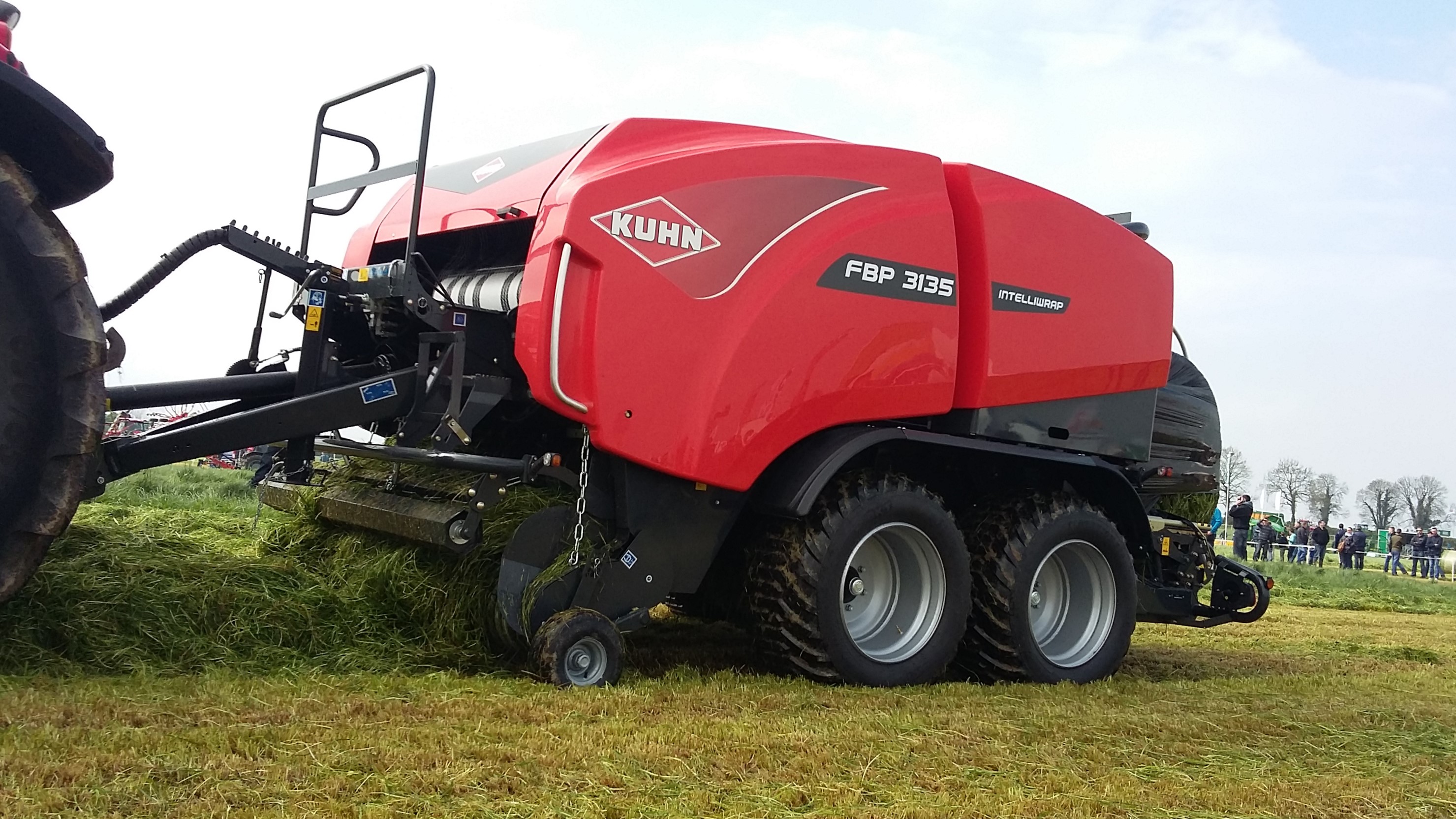 The FBP 3135 is notable for its film-binding system. This, says Kuhn, enables easier bale handling and plastic recycling.

Advertisement
The Kuhn system also supposedly reduces film usage and cost by up to 30% – by pre-stretching film by 70% prior to application.

Loading film rolls is also “easier”, as each roll weighs just 27kg (compared to wide-mantle film rolls which can weigh as much as 40-90kg).

The FBP 3135 can also be used with conventional net binding. Switching between film and net binding is described as “quick and simple”, as the two systems are separate and binding material doesn’t need to be swapped for different crops.

Yet another baler on show is the I-BIO+. It’s described as being “well suited to certain parts of the country where fields are smaller and not as flat”.

Other machines present include a front-mounted mower-conditioner, a semi-mounted rotary rake, two ploughs (a five-furrow Vari-Master and a seven-furrow Vari-Leader) and a Metris (4,100L) trailed sprayer. 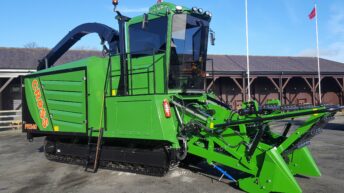 Pics: FTMTA Farm Machinery Show is open to the public