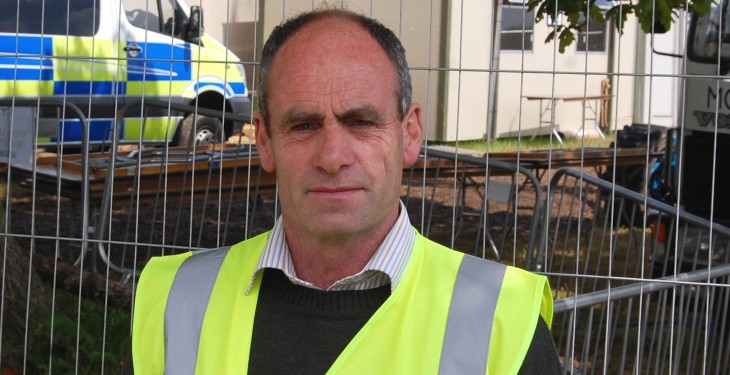 Co Wexford IFA Chairman Pat Murray has told Agriland that Minister for Agriculture Simon Coveney will move to further support the sheep sector prior to finalising the new CAP measures for Ireland.

Speaking on Day 4 of the World Sheep Shearing Championships in Gorey, he said:

“We will be asking the Minister to ensure that a separate Grassland payment is made available to the breeding sheep sector, one that is not amalgamated within the new Pillar 1 measures. In addition to this we want the grassland monies to be increased from €15 million to €20 million annually.

“Only in this way will we reverse the downwards trend in sheep numbers that has been so apparent over recent years.”

“The suckler cow sector has already received a top up support payment. Something must be done in equal measure for the breeding sheep industry.

“The sheep sector is extremely important to the farming industry as a whole in the South East. The industry employs 2,500 people on farm plus another 5,000 at processing level in this area.

“Co Wexford accounts for 10% of the country’s total farm output. We must build on this for the future. But this will only be achieved if farming is inherently profitable. In other words the processors must pay realistic prices for the lambs they are receiving.

“Irish lamb is now recognised as a premium product in countries such as France. The factories and Bord Bía must be more proactive in promoting the value and quality of Irish lamb.”

Pat Murray went on to point out that the Sheep Shearing Championships had been a tremendous success.

“Many IFA members in the Gorey area have worked in a voluntary capacity here at the site for the past number of days. Gorey last hosted the world championships twenty years ago. However, this year’s event has truly surpassed the successes achieved back then.”