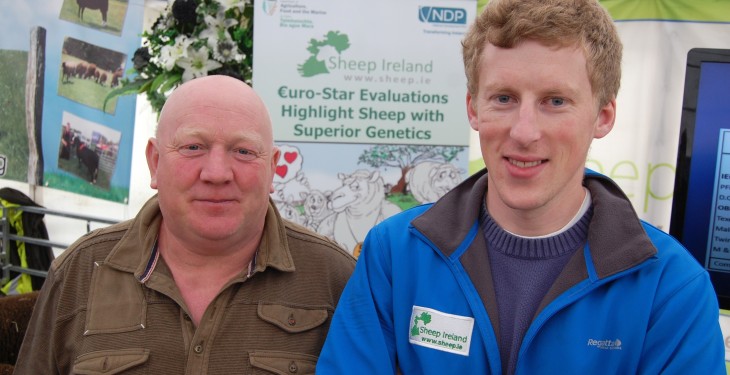 That was the clear message from Sheep Ireland’s Eamon Wall, who was attending Day Three of the Golden Shears’ World Sheep Shearing Championships in Gorey, Co Wexford.

“It is working at two fundamental levels,” he told Agriland.

“In the first instance, increasing numbers of pedigree sheep breeders are signing up for the programme. But, of equal significance is the fact that commercial flockowners now recognise the value of the figures that accompany each certified ram.

“Well over 50% of pedigree flockowners are signed up to the scheme, that’s around 500 in total. And there is every prospect of more coming on board over the coming years.

“We would be particularly keen for more hill flock owners to get involved. I recognise this is difficult, given that most hill ewes lamb outdoors. But, still the potential exists for the €uro Star scheme to make a real and positive difference for the hill sheep sector.”

The Sheep Ireland representative went on to point out that rams with a 5 star rating under the scheme are within each breed’s top 20% category, from a performance perspective.

“When buying a ram, it is important for the potential purchaser to carry out a complete physical inspection of the animal in question.   Once the physical checks have been completed and a number of potential acquisitions identified, purchasers should then use the €uro Star indices as a tool to identify their ideal choices. “

“Both participation in the €uro Star programme by pedigree breeders and the purchasing of certified rams by commercial producers is supported under the current Sheep Technology Adoption Programme. This represents a win:win scenario for the Irish sheep industry.”