So you think you can shear sheep! 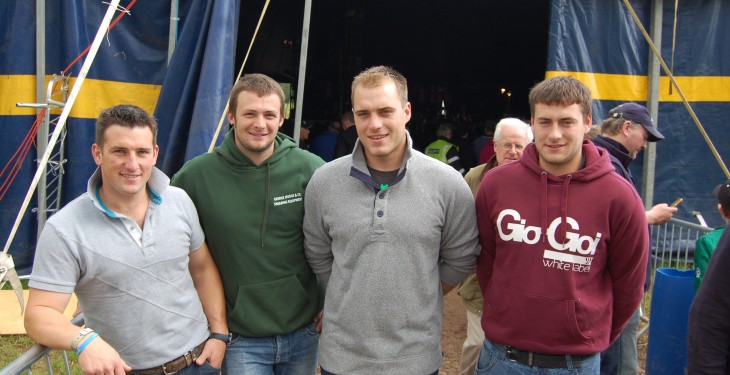 If you are up for shearing 33,000 sheep per year – across two hemispheres – then you might stand a chance of joining the big boys and competing in a world sheep shearing championships. Last night saw Nick Harding, from Devon, compete in the finals of the All Nations Senior Shearing Final. At the end of what can only be described as a titanic struggle, he finished in a very credible second place.

“Getting to the final of the competition was my objective prior to arriving in Gorey,” he told Agriland.

“Anything achieved beyond that would have been the icing on the cake. I am over the moon that I came in as the runner-up. I am one of a group of young shearers from Devon, who have been competing in the world championships this week. It has been a tremendous week. We have enjoyed every second of it.”

“So the opportunity was always there to develop my shearing skills. But I didn’t give any consideration to following a professional career in sheep shearing until I was twenty one.

“Last year I clipped 20,000 sheep in the UK and then followed that up by shearing 13,000 sheep in New Zealand during a nine week period.”

Nick told Agriland that he charges a fee of £1.20 per fleece.

“The aim is to take the fleece off in one piece and not to nick the sheep,” he commented.

Nick arrives on farm with his own trailer, containing all the shearing equipment that he needs.

“I normally work with a colleague and, between us we can usually shear up to 500 sheep per day. But senior shearers can exceed this number significantly.”