West Offaly and Lough Ree power stations to be demolished 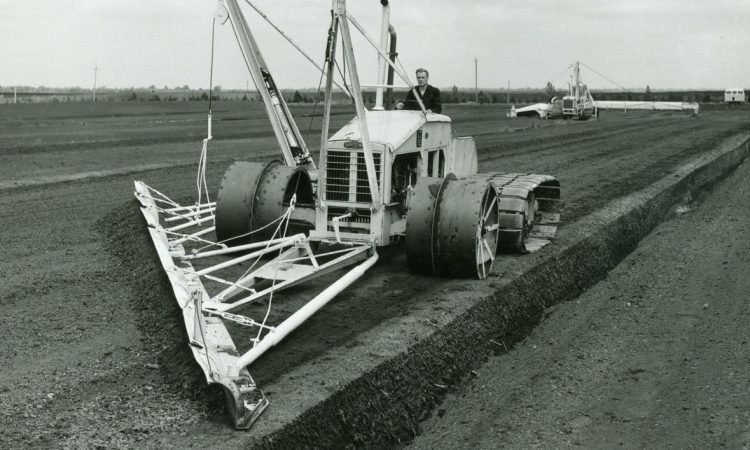 The ESB’s peat-fired West Offaly and Lough Ree power stations are set to be demolished at the end of 2020, it has been confirmed.

The development follows on from last November’s Government-supported announcement that the West Offaly plant – located in Shannonbridge, Co. Offaly – and the ESB’s Lough Ree Power Station – located in Lanesboro, Co. Longford – will shut down at the end of 2020.

Both plants are supplied with peat from Bord na Móna (BNM).

The decision to close BNM’s peat division 15 years earlier than originally promised under BNM’s initial decarbonisation plan – which was outlined in 2015 – came as a significant shock to thousands of midlands workers – both direct and indirect – that are expected to be affected by the looming closures.

In a statement to AgriLand, an ESB spokesperson confirmed the company’s decision to bulldoze the West Offaly and Lough Ree plants.

“As required by our planning permission and environmental licence, the station at West Offaly will be demolished and the site remediated following cessation of operations.”

Likewise, it was also stated that: “As required by our planning permission and environmental licence, the station at Lough Ree will be demolished and the site remediated following cessation of operations.”

Late last November, the Joint Committee on Climate Action held a meeting in Leinster House that focused on the so-called ‘just transition’ plan for the communities that will be impacted by the pending closure of iconic industry that has brought large-scale employment to the region for generations.

At the meeting officials from BNM, ESB Networks, the Department of Communications, Climate Action and the Environment and the Department of Housing, Planning and Local Government were grilled on the rationale behind the decision.

Independent TD for Roscommon-Galway Michael Fitzmaurice also posed fresh questions on how the closure of the plants will impact on Ireland’s national carbon emissions targets for 2020 and 2030.

The deputy also asked about any potential carbon credit “windfall or savings” that could be made by ESB/BNM after exiting peat.

It is worth noting here that Germany – which has a population of almost 83 million people – recently decided to implement a 19-year transition period to stop all 84 of its coal-fired power plants.

While Ireland – with a population of almost five million people – has decided to cease burning peat at two of its three peat plants by the end of 2020, without a definite, alternative employment plan for all people affected.

The third plant located in Edenderry, Co. Offaly – which co-fires on peat and biomass – has permission to continue operating until 2023, for now.

It was evident from the deputy’s line of questioning that he believes there is a significant lack of general knowledge on how the EU frames its plan to reduce carbon emissions – as it was highlighted at the meeting that there are two systems in place – a trading system and a non-trading system.

The meeting heard that emissions from electricity generation in all member states are specifically tied to the EU’s Emissions Trading System – they are known as ‘ETS emissions’.

Emissions generated outside electricity are called ‘non-ETS emissions’ (to be explained below).

The ETS operates on an EU-wide cap-and-trade system that involves 11,000 power stations and industrial plants across the bloc – including the ESB/BNM. 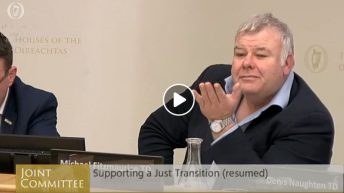