West Cork has the ‘write stuff’ 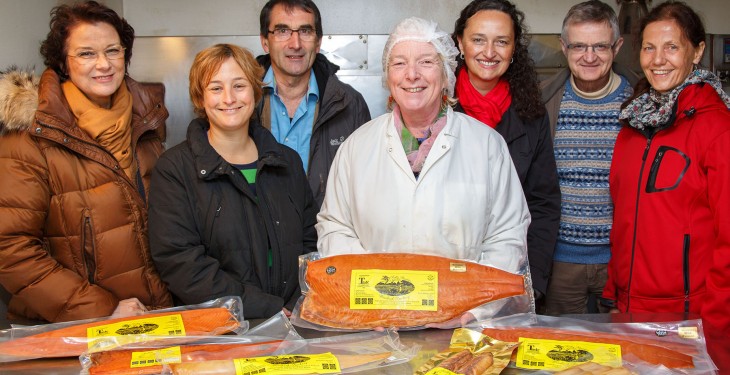 The group was made up of journalists from various popular magazines and websites, as well as a regional newspaper and a radio station, with a combined audience of almost three million readers and listeners – or potential German holidaymakers.

The visiting journalists are all members of the jury who select the winner each year in Tourism Ireland’s media competition in Germany for the best article about Ireland. They were invited to visit West Cork this week to research and experience at first-hand the spectacular scenery and wealth of things to see and do in this part of the Ireland.

Their itinerary included a trip to Heir Island, where they were introduced to sailing by the people at Heir Island Sailing School; they also enjoyed a walking tour of the island and lunch at the Island Cottage Restaurant. The next day, the journalists sampled some of the great “foodie” experiences on offer in this part of the country, with visits to Woodcock Smokery near Castletowshend and the Urru Culinary Store in Bandon. During their time here, they stayed at Casey’s of Baltimore.

Zoe Redmond, Tourism Ireland’s manager for Central Europe, said: “Tourism Ireland was delighted to bring this group of journalists to Cork. Seeing is definitely believing – so fact-finding visits like this are an extremely important element of our annual publicity and PR programme in Germany; they are a really effective way for us to get positive exposure for Ireland through the media, helping us to showcase the superb tourism experience on offer in this part of Ireland to millions of potential German holidaymakers.”

According to the latest Central Statistics Office figures, visitor numbers from Germany have grown by almost +12 per cent for June-August this year, when compared with the same three-month period in 2012.

Tourism Ireland undertakes a busy publicity programme around the world each year to raise the profile of the destination – and media visits to Ireland are a key element of that programme. In 2012, there were more than 1,400 media visits to the island of Ireland, which helped to generate articles and broadcasts around the globe worth about €50m in equivalent advertising value.