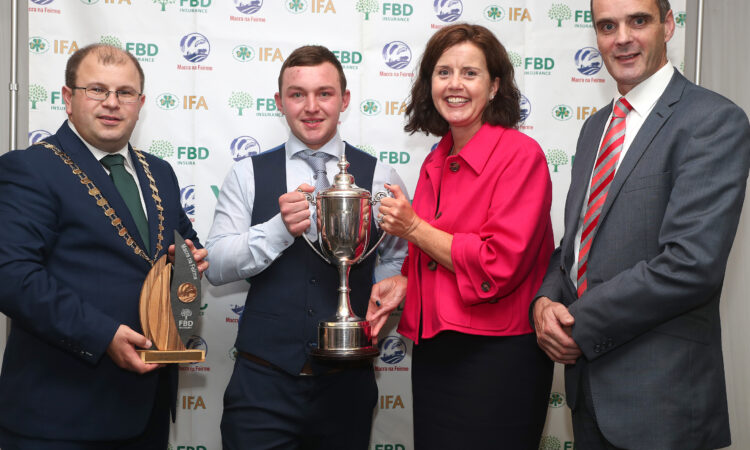 The “heavy land” that the Hawthornes farm in Co. Monaghan influenced one young farmer’s decision to venture into the poultry sector.

Last night (Tuesday, September 11), Daniel Hawthorne was crowned the 2018 FBD Young Farmer of the Year at an event in the Castleknock Hotel in Dublin.

Speaking to AgriLand after the announcement, the 24-year-old explained that he is currently running a herd of 30 Aberdeen Angus cows on the family farm in Co. Monghan – which consists of 80ha.

All animals are reared to beef, while the former Ballyhaise Agricultural College student also has a flock of approximately 50 ewes as well as handling – in or around – 400 store lambs on an annual basis.

Farming alongside his father, there is plenty of work to keep both men busy on the farm. Daniel also works off-farm as a full-time metal fabricator for forklift manufacturer Combilift in Monaghan.

However, the young farmer is in the process of becoming a new entrant in the poultry sector – with the construction phase of a new 12,000-bird free-range laying unit set to conclude in the coming weeks.

Hawthorne hopes that the unit will be up and running by the middle of October or early November.

This is a move which the Monaghan farmer has been contemplating since 2012, when he was just 18-years-old. But the level of investment required to set up the new enterprise delayed those plans at that time.

Continuing, Hawthorne said: “Over the past couple of years, a local farmer needed help running his unit. I have been working along with him, seeing the complete ins and outs of the whole thing.

“It’s an enterprise that I want to begin; I think that’s the way to go forward at the moment.”

At the moment, Hawthorne sees poultry and dairy as the most profitable sectors for a farmer to be involved in. But he encouraged farmers to examine all of their circumstances before making any decisions.

“You have to look at all your surroundings and see whether it is viable to go into dairying.

For the likes of myself working on heavy land, it’s six months in, six months out. It’s too costly to have dairy cows in for six months; that’s why I’m looking at poultry.

He stressed that getting established in the egg-producing market isn’t easy.

“It’s not a free for all; you have to get your figures right and know what you are getting yourself into,” the young farmer added.

Hawthorne admitted that he did contemplate making the switch to dairy farming, but decided against it.

“I looked into going into dairying. My father used to milk 90 cows on the home platform, but he quit in 2003 as he didn’t see it as a viable enterprise because of the heavy land that we are working.

“The hens will have to get out all year round,” he said.

The prospect of letting out 100 dairy cows or 12,000 hens is “incomparable really“, Hawthorne noted.

He outlined that he will continue to run a suckler herd and sheep flock – as well as the poultry enterprise – alongside his father in the future.

It’s an intensive workload between me and him as it is; between cattle, sheep and everything, it will take us both.

Hawthorne was first introduced to the world of Macra na Feirme by friends and he is currently an active member of the Newbliss branch. He tries to fit in events when he can, depending on his hectic schedule.

Continuing, the Monaghan farmer stated that he was put forward for the award by a friend – even though he wanted to hold off on entering until his poultry enterprise was in operation.

“I wanted to leave it off until I had my unit up and running; it’s only a business plan at the minute, but it is well through the construction phase.

“It’s nice to see the hard work and dedication that I have put in over the past couple of years paying off,” he concluded. 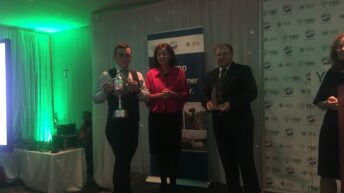