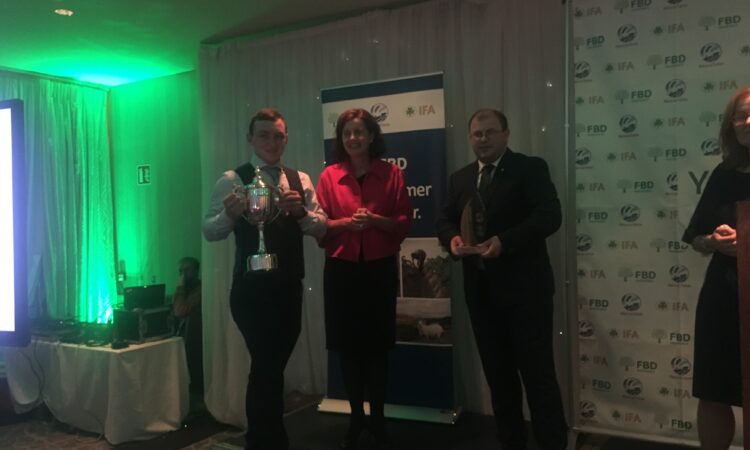 Daniel Hawthorne – a cattle and sheep farmer from Co. Monaghan in the process of entering the poultry sector – has been named the 2018 FBD Young Farmer of the Year.

The metal fabricator and former Ballyhaise Agricultural College student was announced as the 20th recipient of the award at the Castleknock Hotel in Dublin tonight (Tuesday, September 11).

Hawthorne was among six finalists revealed earlier today who had to go through the final round of interviews with the judging panel.

The young farmer will receive a travel bursary and the opportunity to experience farm practices abroad, while also developing his skills.

Advertisement
The shortlist of finalists included:

Since 2012, Hawthorne has been running the family farm with the help of his father.

The Monaghan man currently has a 30 Aberdeen Angus cow suckler-to-beef system along with 50 ewes. He also runs a store-lamb business, which handles around 400 lambs annually.

Currently in the process of becoming a new entrant in the poultry sector, Hawthorne has already obtained planning permission for a 12,000-bird free-range laying unit – with the construction phase “well underway”.

Completing his Green Cert in Ballyhaise, Hawthorne also works full-time as a metal fabricator for forklift manufacturer Combilift in Monaghan.

He is an active member of Newbliss Macra na Feirme. 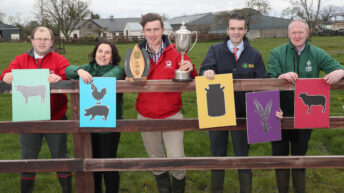