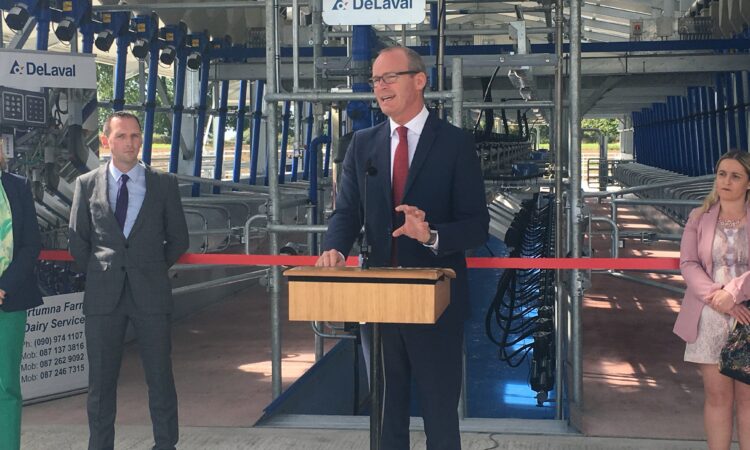 Tanaiste and Minister for Foreign Affairs and Trade Simon Coveney

Irish agriculture needs to expand in a sustainable manner, according to the Tanaiste and Minister for Foreign Affairs and Trade, Simon Coveney.

The Tanaiste stressed this point as he officially opened a new dairy facility at Gurteen College in Co. Tipperary yesterday (Monday, September 3).

During his opening address, he noted that farmers need to be able to “adapt to new realities” in order to produce food in a sustainable manner.

Technology, better equipment, better education and a better understanding of our natural environment will all have a role to play in this, the former student of Gurteen College added.

We cannot have a situation where people grow in an unsustainable way and then look to the Government to solve their fodder shortage problem.

“Instead, the Government, farming organisations, agricultural colleges and farmers themselves need to work together to make sure that we put resilience into the system – so that in difficult years like this one, we can survive them,” the Tanaiste said.

This resilience is also important when it comes to ensuring that the state can put money in support packages for farmers and that the banking system in Ireland is responsive and shows the necessary flexibility to allow farmers “get through the seasonality of pricing”, he added.

Continuing, the Tanaiste reflected on the time when the decision was made during the last Common Agricultural Policy (CAP) reform process “to do away with dairy quotas“.

“I was hugely excited by the opportunity for dairy farming in Ireland and I still am.

I remember taking some criticism because it just so happened that, within months of abolishing quotas, there was a significant reduction in dairy prices – which actually had very little to do with quota abolition and much more to do with global world prices, in terms of demand and supply.

Since the abolition of quotas, the Tanaiste believes that Ireland has been a world leader in terms of “sustainable growth in the dairy sector”.

The former Minister for Agriculture, Food and the Marine remains optimistic regarding the future of Irish agriculture.

He explained that the Government wishes to encourage farm diversification as well as ensuring that mainstream, commercial farming is as profitable and sustainable as it can be.

Furthermore, the Tanaiste is of the opinion that a new generation of farmer is emerging in Ireland and that they will bring farming to a much more demanding, but exciting, place. 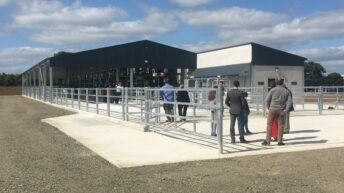