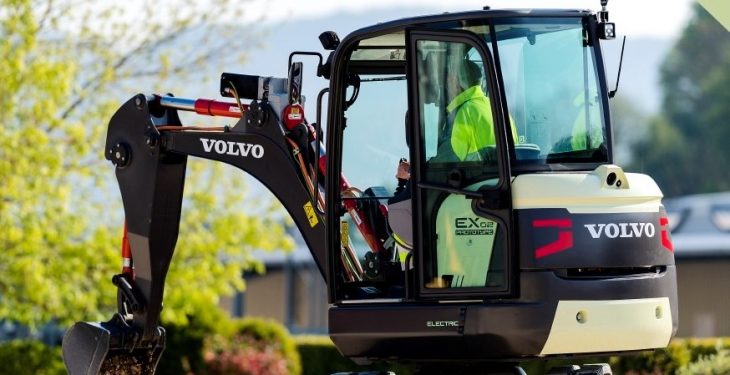 While primarily a construction-orientated piece of equipment, mini-diggers are often used for landscaping and on-farm activities.

It is further evidence of the drive among machinery manufacturers, in both the agricultural and construction sphere, to look at alternative power-generation systems.

To make the EX2 prototype fully electric, the engine has been replaced with two lithium-ion batteries, totalling 38kWh. These, says Volvo, store enough electric energy to operate the machine for eight hours in an intense application, such as digging compact ground. 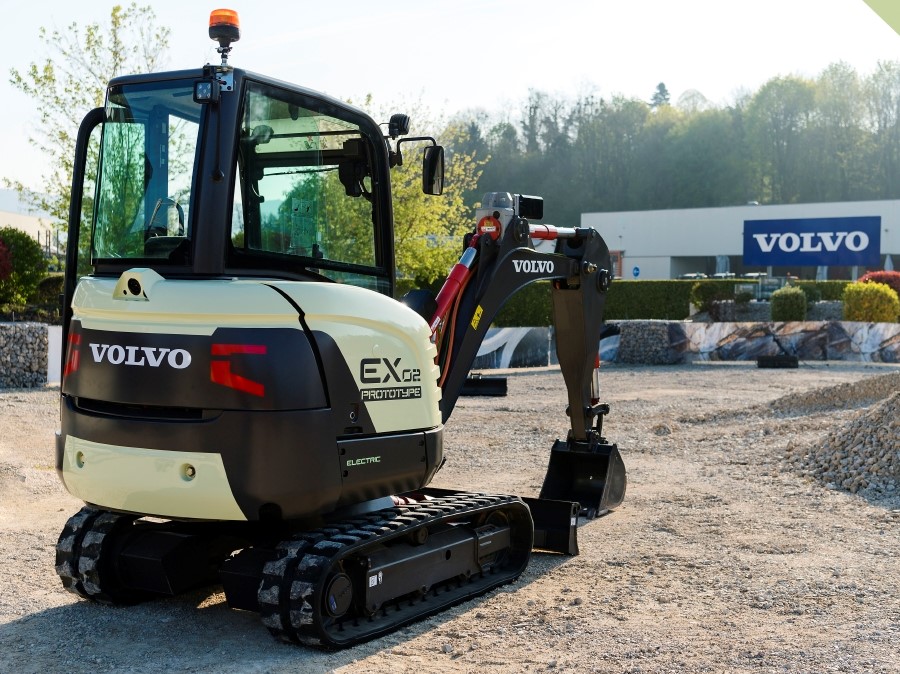 The hydraulic “architecture” has also been replaced with electric components, which incorporate electro-mechanical linear actuators (instead of traditional hydraulic rams).

Removing the hydraulic system and the combustion engine, as well as reducing the cooling needs, has led to significantly lower noise levels.

At this stage, the EX2 is purely a research project and there are currently no plans for commercial availability.

“In line with the Volvo Group’s vision to be the most desired and successful transport solution provider in the world, Volvo CE is committed to contributing to sustainable development,” explained Thomas Bitter, Senior Vice President of Marketing and Product Portfolio.

The EX2 stemmed from the company’s earlier ELEXC research project, which was partly financed by the French government as well as various funding bodies in France. Volvo CE worked with a team of six partner companies, which all contributed towards the €7 million project.

The ELEXC work started in 2012 and concluded in 2015. Volvo CE has since been working on other research projects connected to the EX2, such as durability tests. 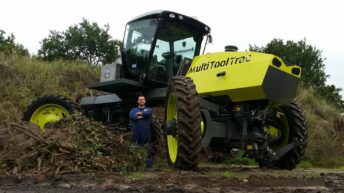 Video: Is this electric ‘systems tractor’ a glimpse of the future?