The spreading bodies of the UK-bound Vredo machines are sourced from Tebbe.

The machines shipped over include a massive 687hp VT7028, which was bought by Farming General Services Agri – reportedly the first company in the UK to buy a Vredo self-propelled machine five years ago. 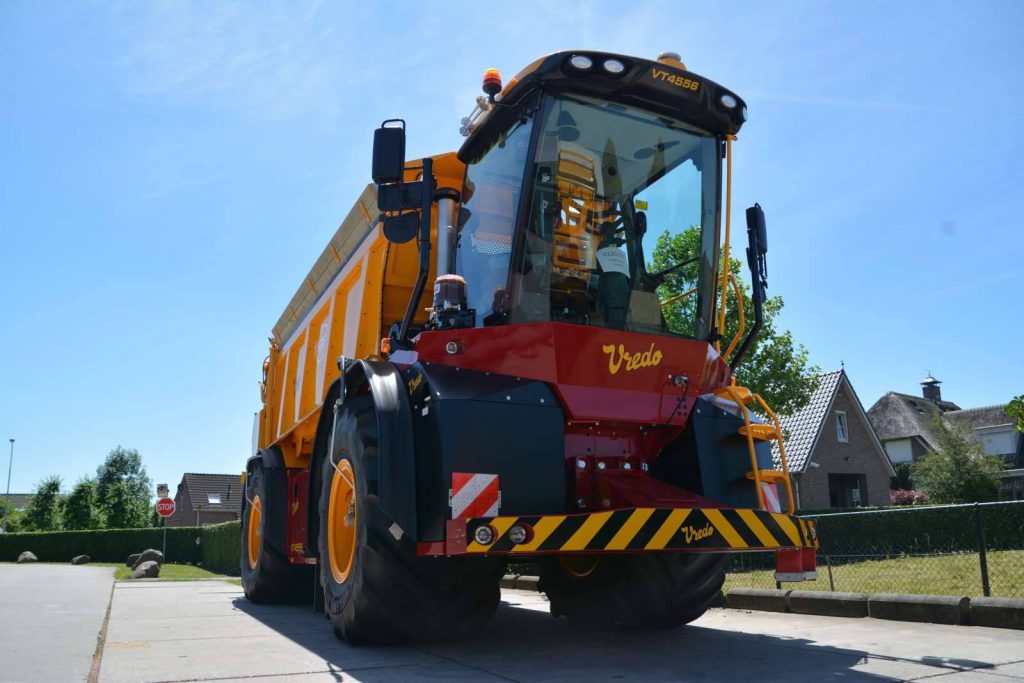 The rest of the fleet on order comprises seven VT4556 spreaders for Anglian Water, a large water company based in the east of England, and six machines for O.J. Neil Contracting, a company operating for Thames Water – the London-based utility company responsible for the public water supply and waste water treatment in much of the greater London area.

The VT4556/Tebbe models purchased for the UK are the “solid spreader” versions of the 450hp machine, with open-top bodies on the back (in place of the closed tanks on the slurry-spreading incarnations of the VT4556).

The “solid spreader” has a capacity of 15m³ or 20t. The manufacturer said: “Thanks to the mechanical PTO drive, the spreader can – at a constant input speed – efficiently create a constant spreading pattern [with] low fuel consumption.”

The VT7028 – like the one currently en route to the UK – at 687hp is claimed to be one of the world’s largest and most powerful self-propelled machines of its type.

The pump has a capacity of 12,000L/min, so it takes almost three minutes to fill the big 32,000L tank. A chopper (or slicing filter) is fitted in front of the pump, to avoid messy and awkward blockages. 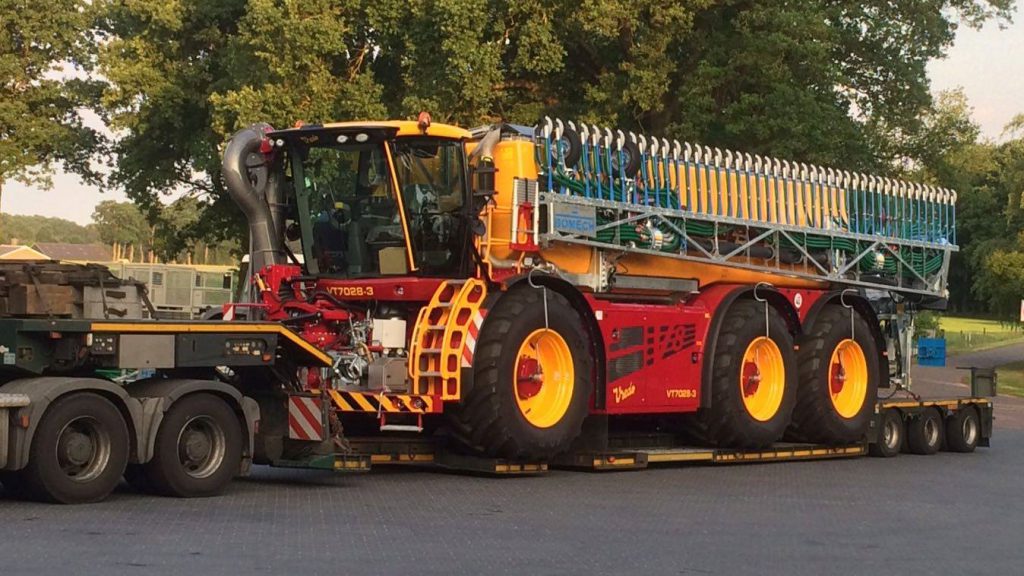 The Dutch firm launched the latest VT7028 at the ATH (Agro Techniek Holland) farm machinery show in the Netherlands last year. Prices reportedly start from about €600,000. 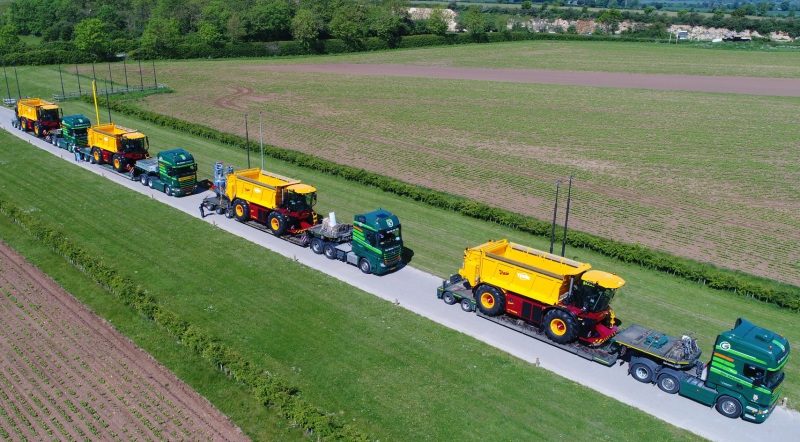