Kennedy Bros runs a sizeable agricultural contracting business in Ballyforan, Co. Roscommon. There is a farm enterprise in the mix, but the contracting is what keeps the wider family-run entity busy.

It is now run by the third generation of the family – brothers John and Tom.

Slurry work is a big contributor to overall turnover; Kennedy Bros runs four tankers and an umbilical system. In any given year, they empty up to 340 sheds within a 30km radius. Silage is also a major undertaking; this year they expect to cut 2,300ac of pit silage, as well as making and wrapping over 30,000 bales. 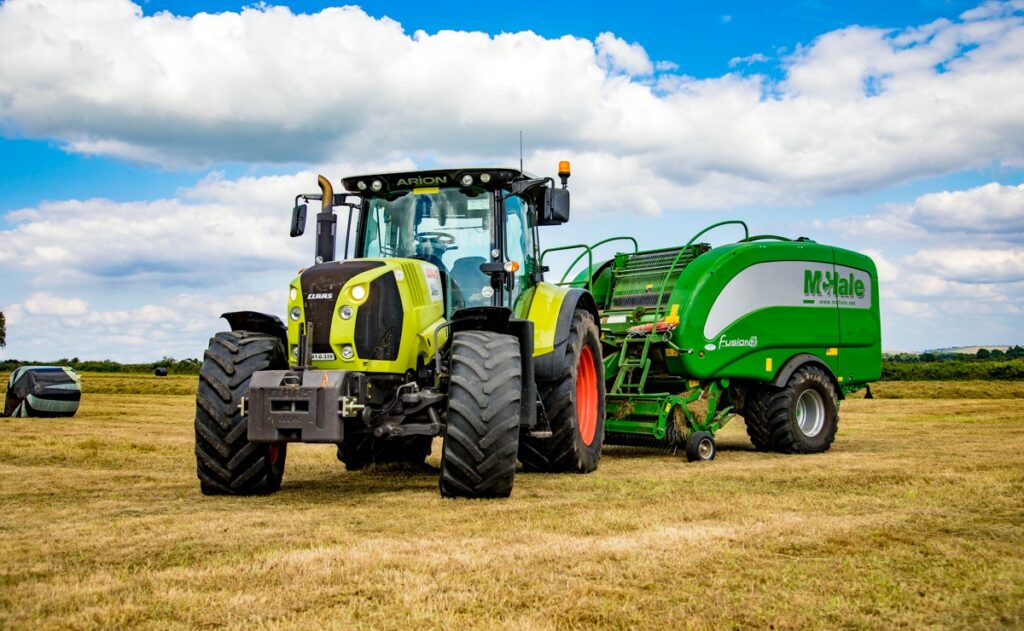 Other activities include grass reseeding; they were involved in cereal crops many moons ago – but little of this work now remains in the Ballyforan area.

In all, 12 tractors are charged with tackling a growing workload – and one that stretches right throughout the year.

Speaking to AgriLand this week, John Kennedy gave us an insight into the operation, focusing especially on the machinery fleet.

We run a lot of Claas equipment; we have eight Claas tractors, a Claas mower and rake and, most recently, a Claas Jaguar self-propelled forage harvester. That was bought new this year. 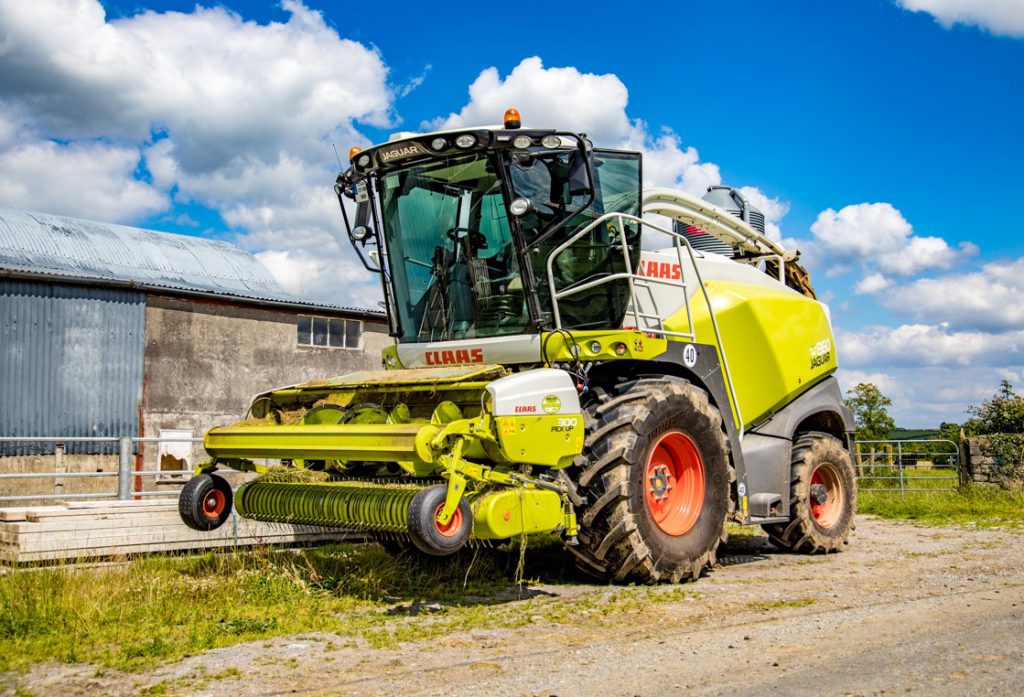 We bought our first Claas tractor back in 2011. We were mostly running Deutz-Fahrs up until then; but the dealership was changing and we decided to try another brand.

We had good experiences with Claas from early on; we have been buying them ever since. 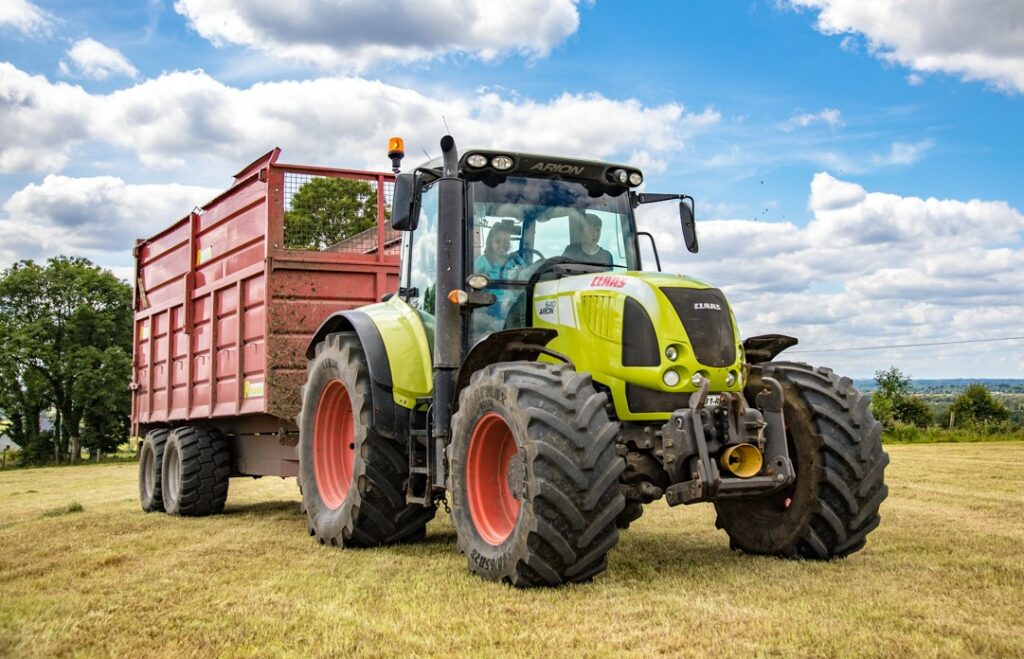 We deal a lot with Quigleys Garage in Ahascragh – for Claas. They have a great store and keep a good stock of parts. We also deal with other outlets and suppliers too, of course, including JMC Parts in Cork. They supply some of the wearing parts for silage equipment and so on. 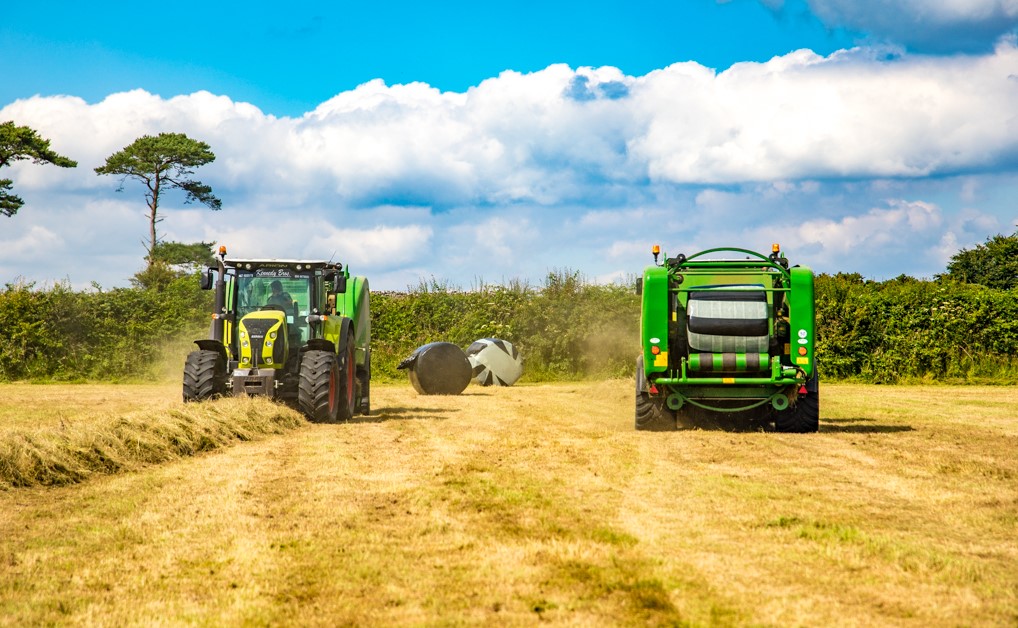 There is no one particular tractor I could point to; a lot of the Claas models we’ve had have been good. They’re very comfortable on the road; the cab is fully suspended and they’ve got front axle suspension too. They’re very smooth; anyone who drives them likes them. 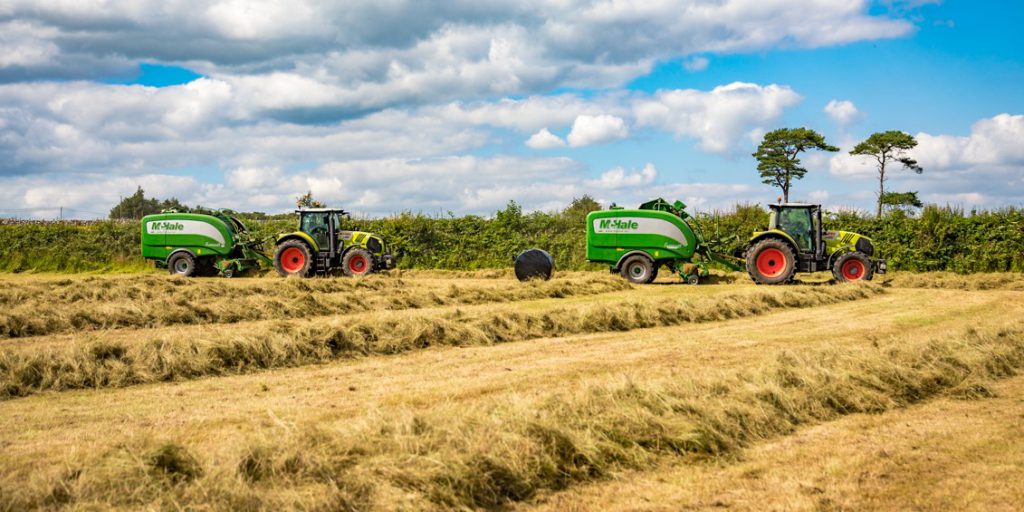 We still have the first one that we bought in 2011; she has 11,000 hours clocked up already and we have no plans to move it on yet. We also have an older John Deere 6810 that has 15,000 hours and we’ll probably hold onto that for a while longer too.

I wouldn’t like to single out any individual one; we’ve tried a few different brands over the years, including tractors with CVT [stepless] transmissions; we actually have three of them at the moment. Some have been very good, but they do cost big money to repair and overhaul when they get to big hours.

The best machinery investment was the first McHale Fusion [baler/wrapper] back in 2003; that started us off at the baling in a serious way. I made 4,000 bales that year; it has grown ever since. Now we run three Fusions – two Fusion 3s and an older Fusion 2. 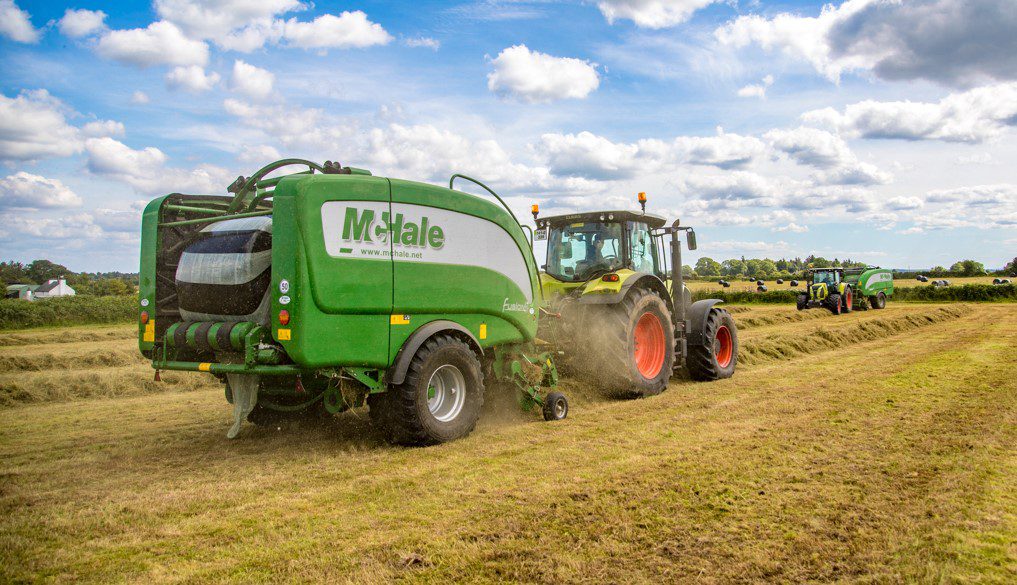 The umbilical slurry spreading system was also a good investment; a lot of work has come from it. We regularly travel up to 30km from home with it.

The Claas Jaguar 860 forage harvester; we got it new this year. It’s coming to the end of its first season and we’re really happy with it. We had owned other brands previously, but the Claas is shaping up better. The whole operation has run smoother with it.

During AgriLand’s visit, we actually had a Krone Big X out on demo – just to try it out. 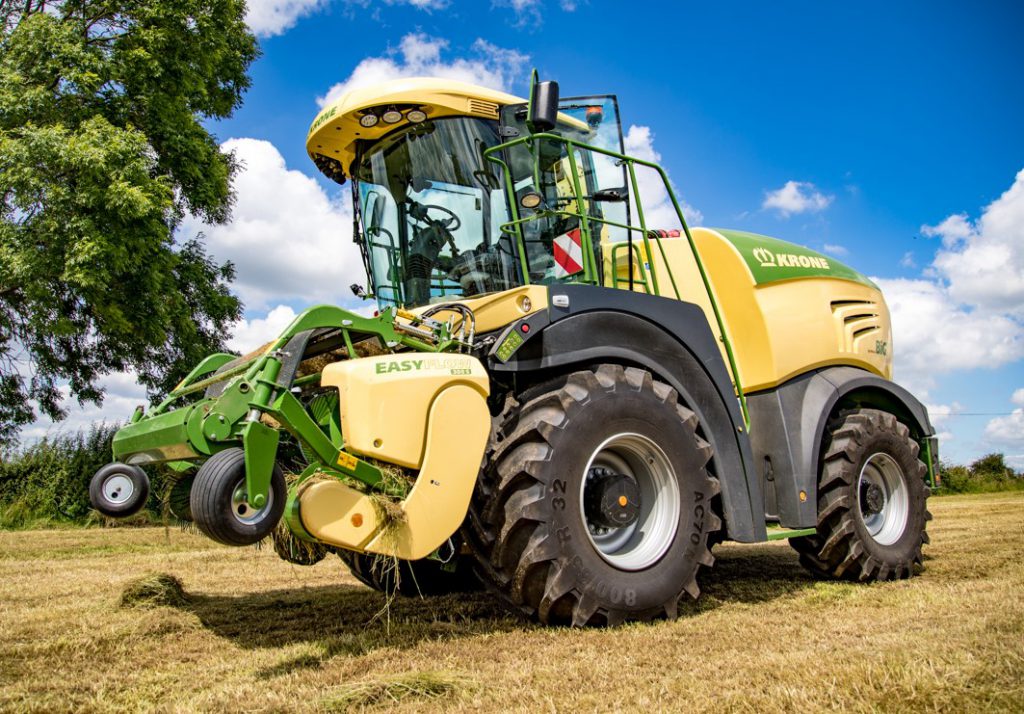 It all depends on the tractor or the machine. We have tended to buy a tractor every year; we buy machinery as and when it’s needed. 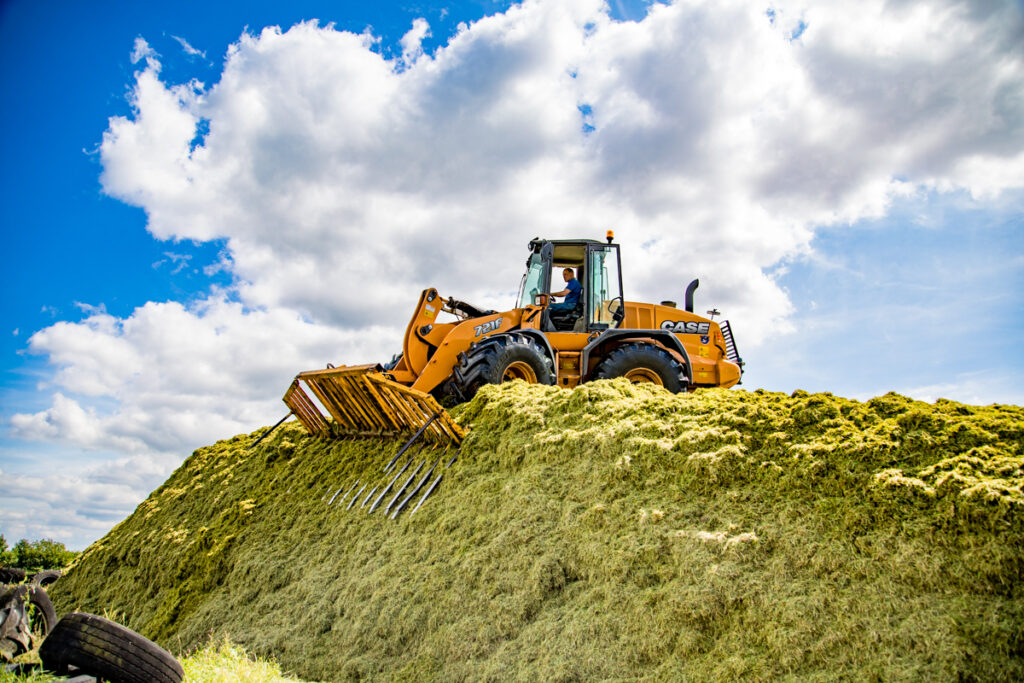 We buy most of the machinery new – mowers and rakes, for example. We have bought some of the Claas tractors new; others have been second-hand with, say, 1,000 or 1,500 hours on them. New tractors are expensive these days. 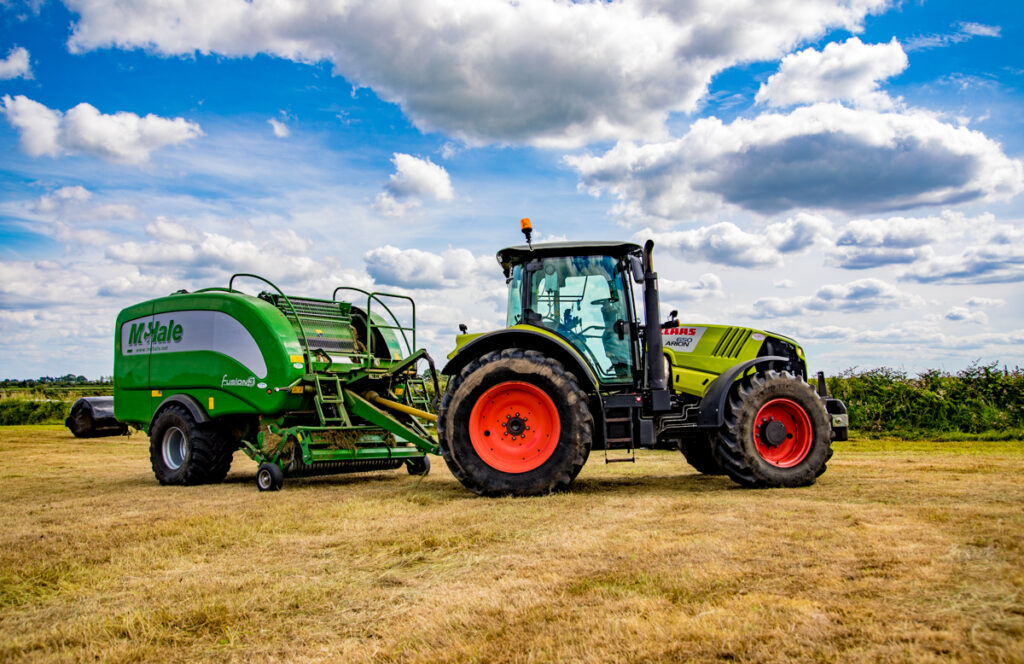 A few years back, one of the guys was driving beside the harvester – side-filling at silage. He drifted off and drove straight into a pole – in the middle of the field. He gave it a good knock; it broke clean off! He woke up fairly quickly. In fairness to him, he’s a good operator – and he was working long hours at the time.

The air gun [impact wrench] and the jack. There’s nearly always a puncture to fix on something. 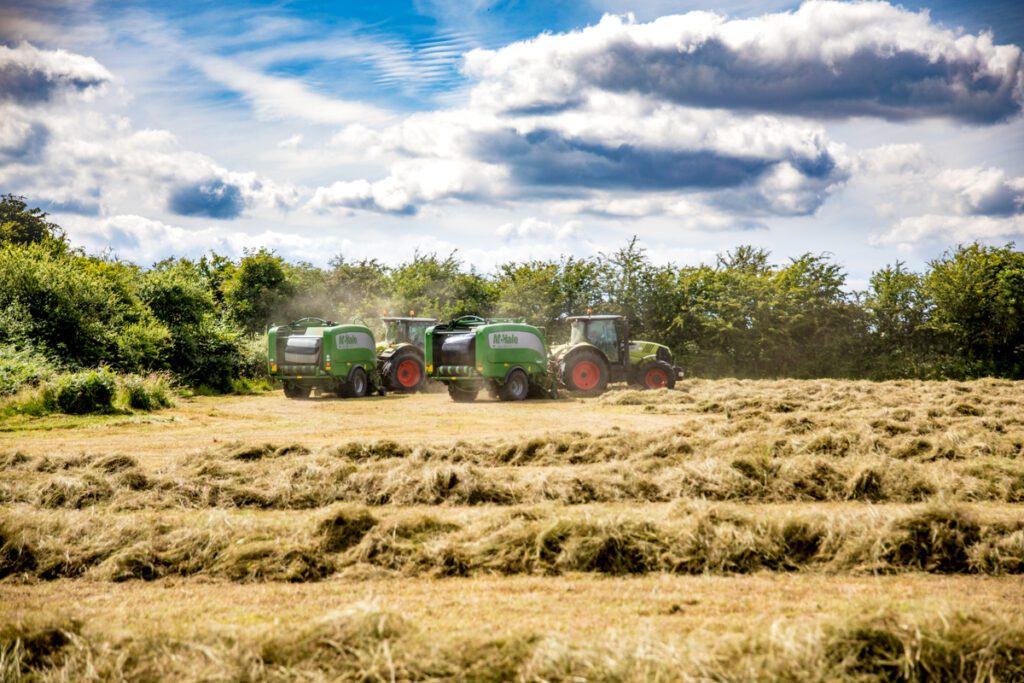 We do have a vintage tractor; it’s actually the Fordson Major that our grandfather – Tom Kennedy – started out with. The tractor has been refurbished and it’s as good as new. In fact, I’d say it’s nearly better than when it was new!

What classic tractor should still be in production?

It’s hard to say; maybe the old Ford TW models. They were tough old tractors; they rarely broke down.

We’re into the third generation of the business now; Tom and myself are heading things up at the moment. Before that, my father and his brothers – John, Pat and Willie – ran it. 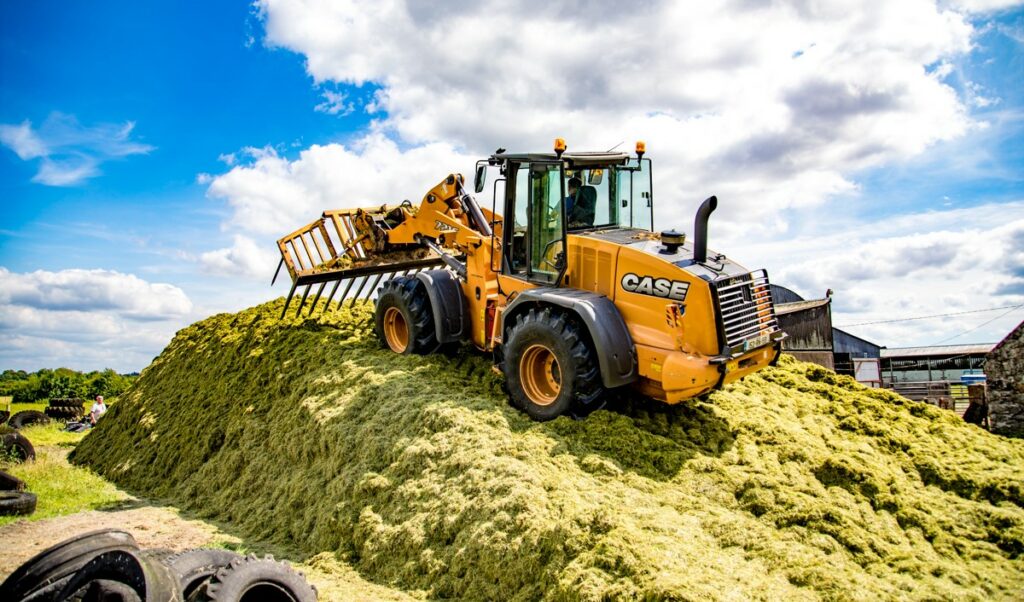 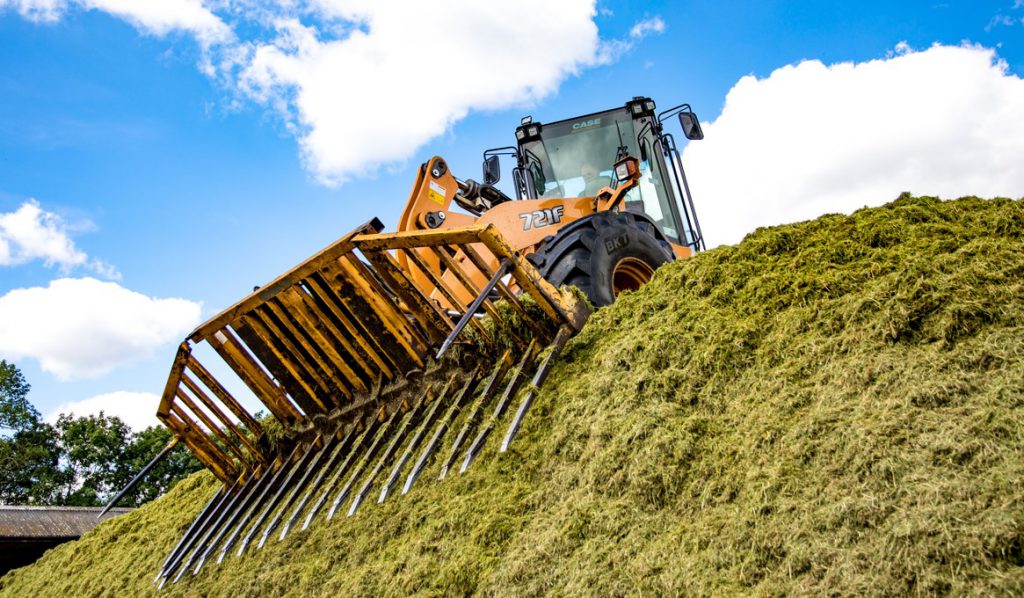