Farmers in Northern Ireland are being encouraged to take advantage of a pest control scheme being run by the British Association for Shooting and Conservation (BASC NI).

The scheme is run in conjunction with the Ulster Farmers’ Union (UFU), according to the union’s Deputy President, Ivor Ferguson.

He said: “The aim of this scheme is to help put farmers in touch with people who shoot, so they can help reduce the damage being caused by pests.

“The pest control service which has been in operation since August 2011; it is provided free of charge and has proved popular with both BASC and UFU members.”

Pests can be a significant and costly problem for farmers, the Director of BASC NI Tommy Mayne explained. Shooting is the most effective way of reducing the damage they cause, he added.

“The BASC/UFU Pest Control Scheme provides a win-win situation for both shooters and farmers – by giving BASC members access to new shooting opportunities and providing farmers with much needed help with pests that are damaging crops, taking livestock and spreading disease.

Farmers will also have peace of mind from knowing that BASC members are covered by BASC’s robust first resort insurance policy.

“The scheme is only open to BASC and UFU members and we would encourage all UFU members to spread the word about the free service that BASC members are providing to the farming community,” he said.

People who participate in shooting can visit the BASC website to find details on how to join. As part of the scheme BASC NI will put UFU members in touch with their closest registered BASC members.

A valid firearm certificate must be held by any BASC member who wishes to register for the scheme. 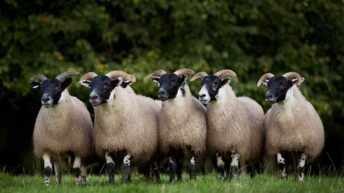