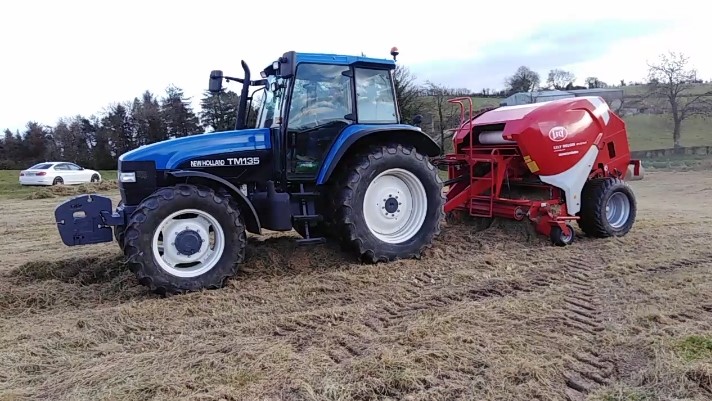 On Tuesday, March 24, Lionel McConnell from Carrickmacross, Co. Monaghan, got an unusual phone-call for the time of year. He wasn’t sure if what he was hearing was true.

His neighbour – Aidan McNally – who is a suckler farmer rang him to see if he would be able to bale 5ac of ground for silage.

The field, which was closed off since last autumn, was “gone too strong” for cattle to graze, so Aidan opted to bale it instead.

This prompted him to ring his local contractors – Lionel and Blake McConnell (McConnell Agri Plant and Hire).

Speaking to AgriLand, Lionel said: “I was surprised when I got the call from Aidan. Making silage is at the back of most farmers’ minds at this time of the year, including ourselves.

“Last Wednesday evening, Aidan mowed the crop himself. Afterwards, we decided to let it dry out for a few days and then – on Friday – I came down and raked up the crop with our 20ft Kuhn rake.

“It was a very heavy crop…that proved to be the case when it worked out at eight bales an acre.

“Surprisingly, the ground was very dry and we didn’t really mark the field at all. The weather over the last week or so has been great; that helped to dry out the ground massively.”

Lionel added: “This was the first time I got a call to make silage in March. Generally, the silage season doesn’t kick off until the first week in May, so it took us by surprise when we got the call.

It was great to be able to get out this early in the season to test out the baler and wrapper …to see if they were in good working order, as they had been parked up for quite a while.

“Thankfully, we only had one or two small issues, which was great to be able to identify this early – before the busy silage season gets going in May.” 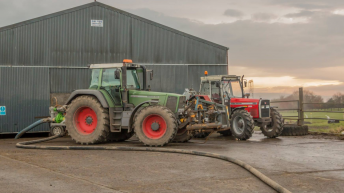