AgriLand paid a visit to Nurney, Co. Kildare, to get a spin on a restored Zetor Crystal 8045 – a tractor that will surely evoke fond (or troubling) memories for some Irish farmers and contractors.

John W Anderson spoke to John Deering (pictured below), who brought the tractor back to its former glory.

John explained that his brothers and he did a lot of silage contracting years ago; they had Zetors for a big chunk of their working lives. 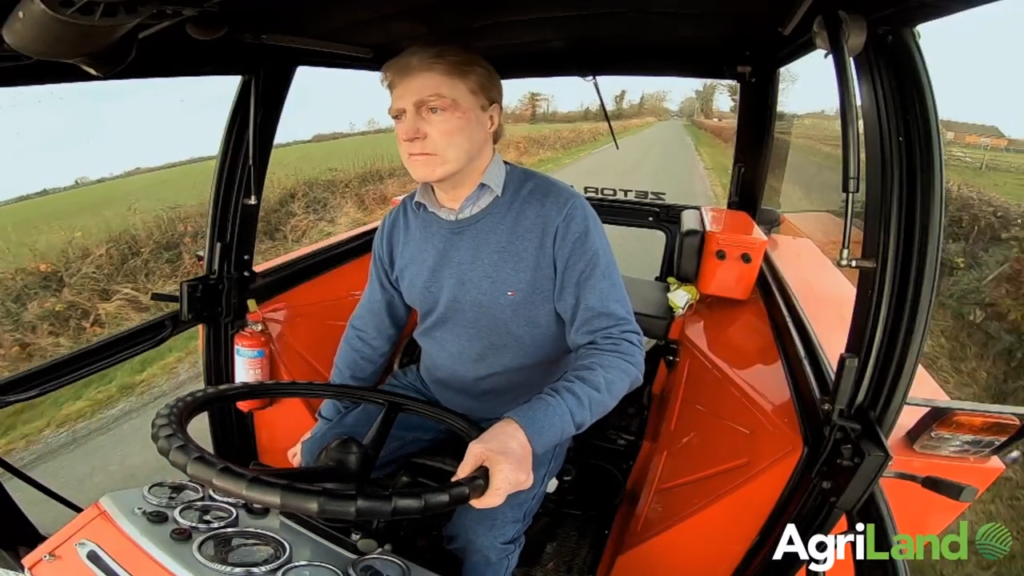 He said: “We took a shine to them, so when I got the chance to restore one I said…I’d get it. I have this one 10 years.

“It was in a bad state when I bought it, so I decided I’d go through it. As a mechanic, I know a good bit about them.”

He added: “I decided I’d [keep it] not completely original but as near as. I got it sand-blasted; now there are Deutz-Fahr [back] rims on it; there are TYM rims on the front. I stripped the engine, fitted a 40kph gearbox and did the brakes and all the wiring.

I got a local panel beater to do anything that was red; I did the rest myself.

“The reason I got 40kph was for doing tractor runs. The later Zetors were fitted with 40kph boxes. I bought this [gearbox] off a tractor breaker; it needed no modifications. There’s no problem with it.”

When he stripped the engine, he got the crankshaft done, as well as the pistons and liners. He also got the head re-conditioned. He then worked his way back from the clutch (having fitted a new one) to the PTO.

He explained: “I also did the front steering – fitting a ram and an orbitrol unit from the later Zetors. That made a big improvement. There’s also new mudguards and lights; we basically threw everything on it.”

He went on to describe what the myriad of gauges are for; there are more on the 8045’s dash than on most tractors of its era. 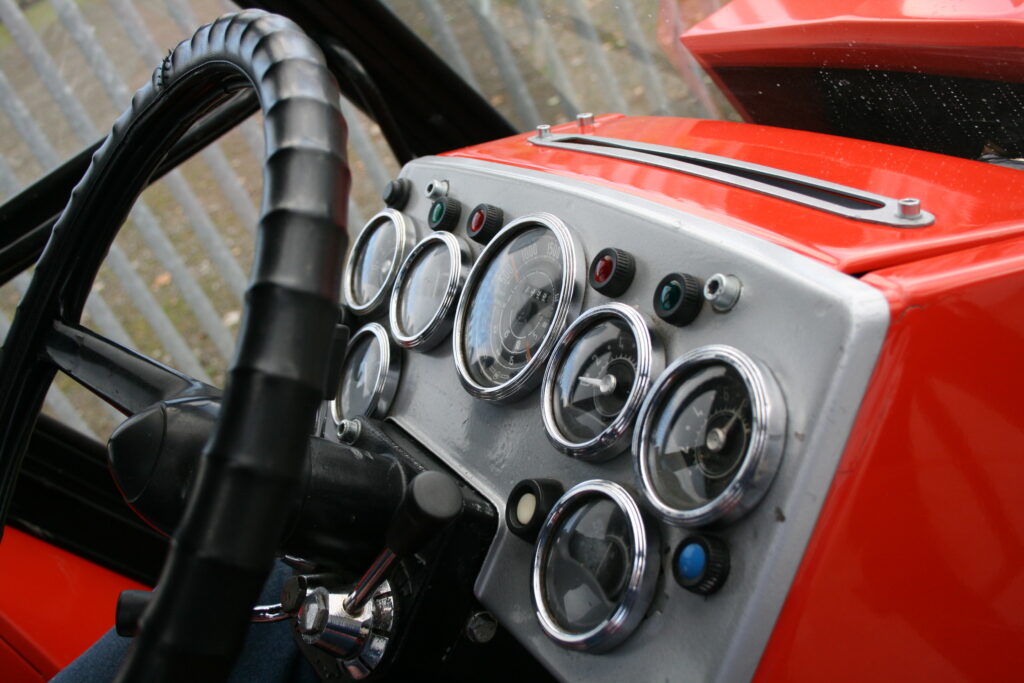 John also referred to the process of painting the tractor, before recalling how the first Crystal he (and his family) had compared to the likes of the Massey Ferguson 178 and Ford 5000 at the time.

He described the Crystal as being “ahead of its time” – singling out the well-equipped cab and on-board air compressor for particular praise.

He said: “I thought it was a great machine to put up silage with; it was very easy on fuel. I had no problem doing 40ac a day with it.” 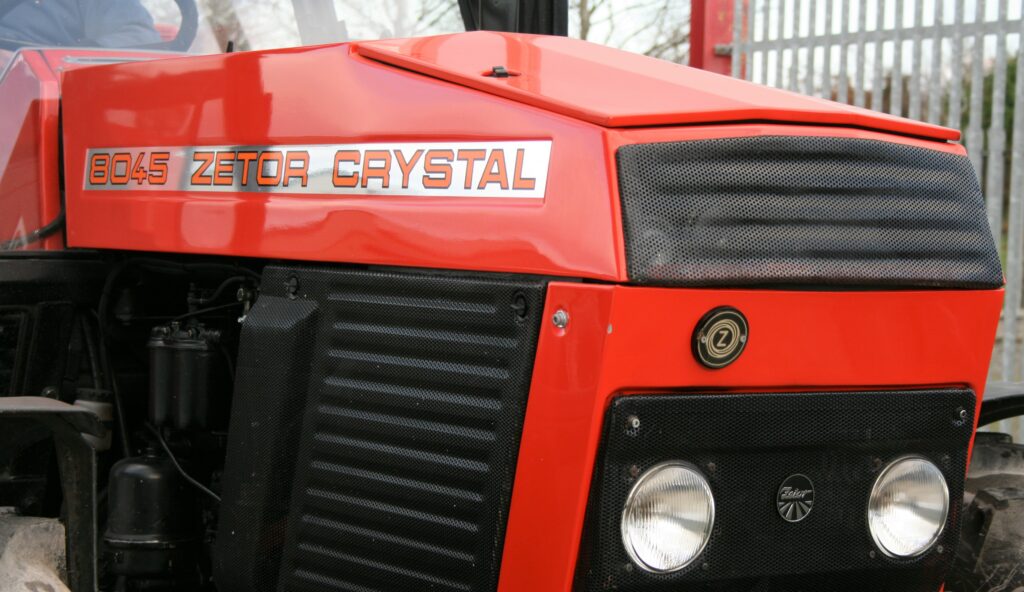 He concluded: “This tractor’s getting on – like myself. I think she’s after doing enough. We might retire together.” 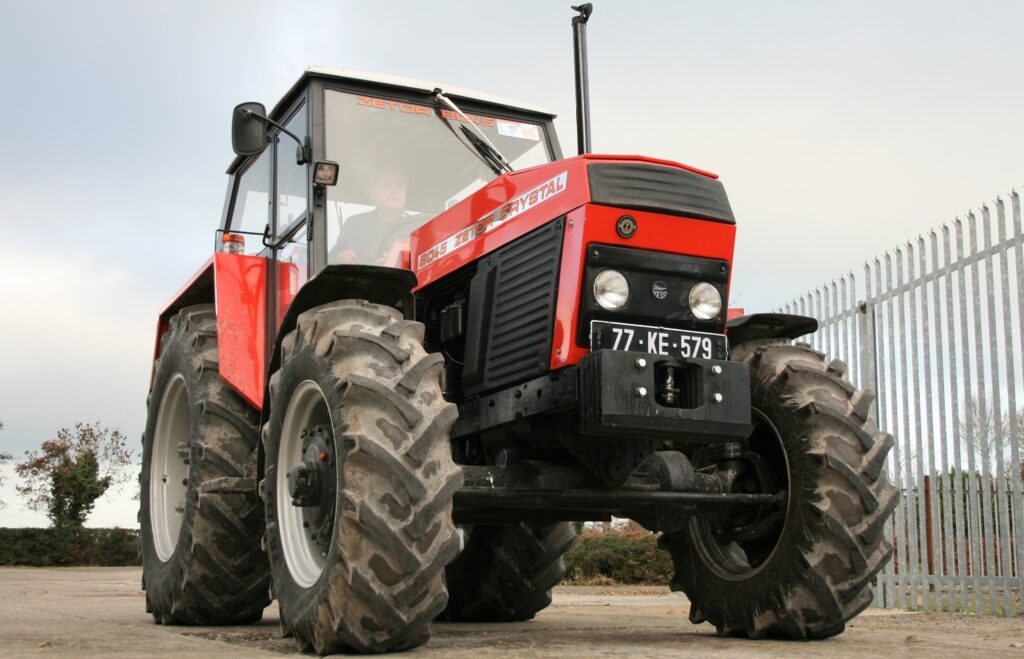 Video: At the wheel of a 'gentle giant' lifting 600ac in Co. Meath