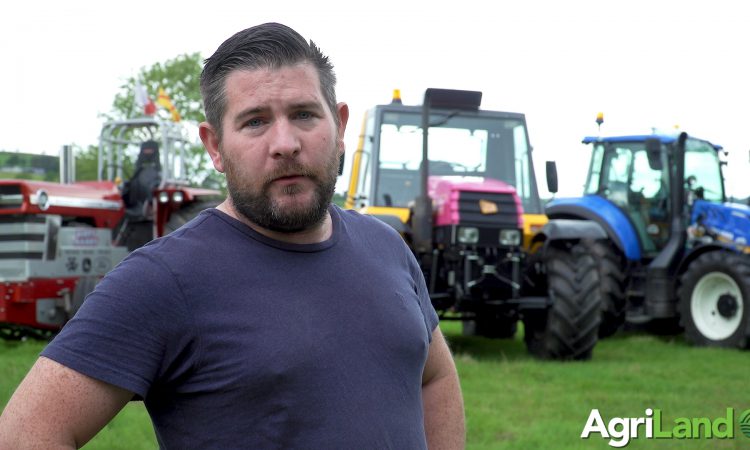 AgriLand paid a visit to Co. Tyrone to talk to the owner of a special and unusual JCB Fastrac – a ‘prototype’ tractor with a fascinating history.

We spoke to Johnny Hamill (pictured above), from just outside Dungannon, to find out how he discovered this eye-catching machine…and to find out why he was so keen to buy it.

Our camera-man Kevin Farrell produced this video (below).

Johnny explained: “This JCB [tractor] – ‘P5’ – is one of 13 prototype Fastracs that were made. As far as we know, she’s the only one [of these prototypes] that still exists.

P5 came up at a JCB auction; it was actually [my nephew] Paddy that came across it.

“We decided to buy it; take it home; tidy it up; and try and keep the history of this tractor alive.”

Johnny explained that he had a Fastrac years earlier – a 145-80 – which was used for agricultural contracting work. He said: “When we sold it, I always said that I’d buy one again – to restore; do up; and keep for a show-piece.

“[Back then] we did go on a search – for years. We eventually found one in Essex. We went over; did the deal; came back home to get the lorry and low-loader; and – next thing – Paddy found this prototype [pictured below] on a website. It was coming up at an auction for sale. 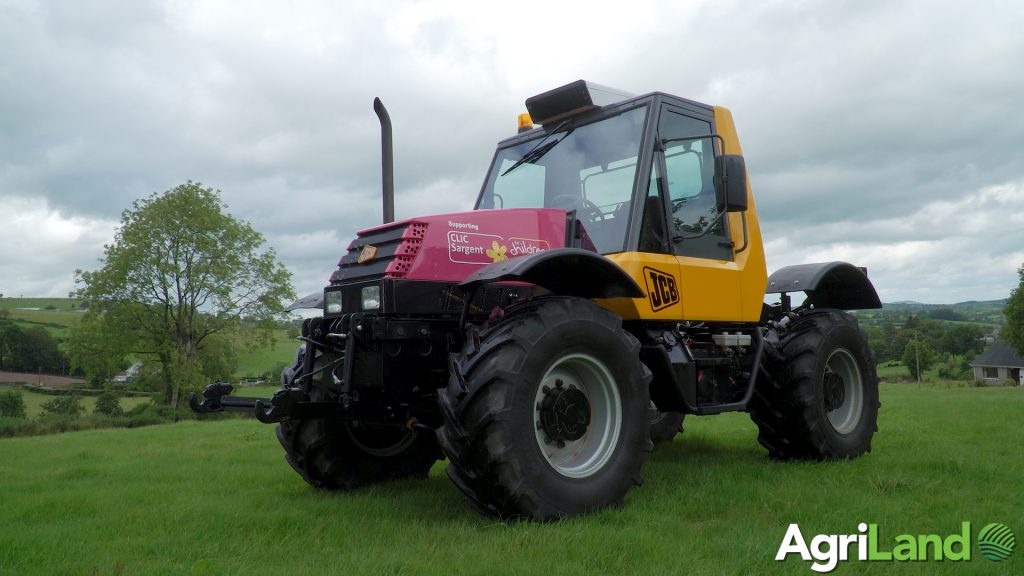 “We made the trip back across to the auction; saw the tractor; and saw that she was in good shape. We did the business and bought it – so the lorry ended up going over to lift two tractors instead of one.”

Johnny went on (in the video) to explain how, at the auction, he met engineers involved in the early days of the Fastrac development programme – who put some of the P5’s history in context.

Since getting the ‘prototype’ tractor home, he said that they’ve spent “hours and nights in the shed – working at it and getting it back into good shape”.

He explained: “We had a bit of servicing to do – a bit of electrics; a bit of hydraulics; and a wee bit of paint-work. We have it in good shape now.”

The tractor’s already had a run out, during which it brought two tractor-pullers (on a low-loader) to a charity event in Co. Monaghan.

That prompted us to also chat to Harky Watt – the owner of one of the aforementioned tractor-pullers. He talked about his long association with Johnny and, by extension, JCB Fastracs of one sort or another! 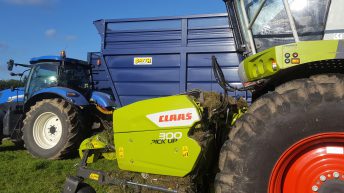 Video: A different ‘angle’ on trailers…from a midlands silage contractor