Video: How do you move yours? 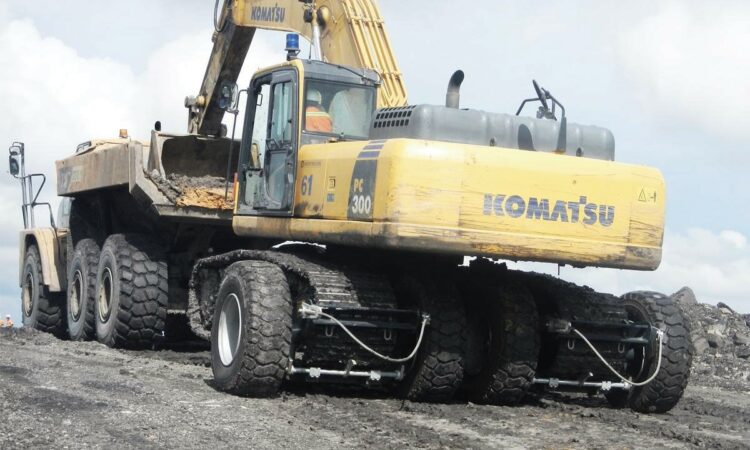 A Finnish company by the name of Sleipner claims to have the ultimate solution for moving tracked excavators – apparently saving time and money.

Though intended for larger tracked equipment, this system may have applications for smaller excavators too.

The smallest ‘transport system’ offered is the E30; it’s suitable for excavators in the 22-31t category. The largest is the E550 (suitable for monsters with operating weights of up to 565t).

Each (patented) E-series transporter is comprised of just 100 or so components. This, claims Sleipner, means that they’re relatively simple pieces of equipment – subject to “minimal wear and tear”.

The objective is to move hydraulic excavators faster and more safely.

When an excavator has finished digging (ready for onward transport to the next job or location on the site) the operator drives it onto the unit, whereby one end of the excavator’s tracks sits on the transporter’s wheels.

The operator then places the excavator’s bucket in the body of a dump truck/trailer, thus lifting the other end of the excavator off the ground.

Thereafter, the dump truck/trailer is used to tow the excavator about the site. Because the excavator is then running on wheels (rather than tracks), significantly higher transit speeds can be attained.

Sleipner claims that it takes just five minutes to get an excavator on and off the E-series platform.

The frame is apparently designed to last for 20 years – with “minimal maintenance”.

While obviously aimed at quarry-sized equipment (for the most part), could this system prove useful for transporting excavators of a size more appropriate for, say, on-farm drainage and general plant hire work here?

The concept underpinning Sleipner’s ‘transport system’ was apparently developed in a chrome mine in Finnish Lapland. The man behind the product is Ossi Kortesalmi, who worked in mines for many years.

Convinced that the principle was worthwhile, he went on to establish Sleipner.

He now claims that the system has proven itself in many applications – from limestone quarries in central Europe to the tropics of central Africa. In fact, the entity now has customers in over 30 countries spread across four continents. 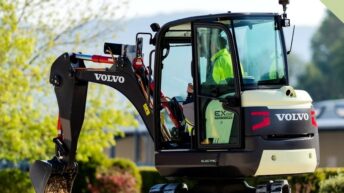