Video: Harvesting maize to sowing winter corn in a matter of minutes

Things move very quickly on farms these days and this video is a perfect example of how no time was wasted on one farm.

The video was taken back in October by Martin Coogan, and it features two local contractors from Co. Carlow, as they work together to harvest a maize crop and till and sow winter corn.

The drone footage shows Basil Stephenson operating a brand new 2015 Krone Big X 700, which he runs as part of a contracting business covering the counties of Wicklow, Kildare, Carlow and Dublin.

A number of Class tractors can also be seen in the drone footage, ranging from 2010-2015 with various horsepower to pull the 18 foot Smyth trailers.

The aerial footage also shows these tractors bringing the harvested maize silage back along the roads to be stored in a silage pit.

Coogan said that as soon as half of the 25ac maize crop was harvested, another local contractor, Cassells Bros pulled into to plough and sow winter corn for next year’s harvest.

The footage shows a number of John Deere tractors working in the field to plough, harrow and sow winter corn.

Coogan also said that things moved quite quickly, as the field was wet and there was rain forecast for the weekend.

He added that Cassells Bros is a large operation near Rathvilly in Co. Carlow, and it carries out a number of contracting jobs from ploughing, sowing, tilling, harvesting and silage harvesting. 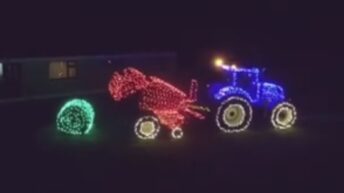 Video: A farming Christmas lights display like no other! 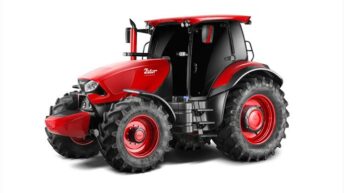