Video: ‘Every trade-in that comes in…is overhauled from one end to the other’

AgriLand was on-site yesterday (Friday, August 9) as preparations were underway for Sunday’s Tullamore Show. We spoke to Alan Douglas (pictured above) – one of the numerous dealers applying the finishing touches to tractors and machinery at the event.

This video (below) was shot by our camera-man Kevin Farrell.

Alan explained: “We’re machinery dealers; we mainly concentrate on Claas. We were Renault [tractor] dealers since 1995; those were very popular tractors in their day…and there’s still a good following for Renault tractors.

“Claas took over in 2004 and, since that, it has really developed the tractor market. They’ve expanded all the ranges; it covers all the farmers’ needs.” 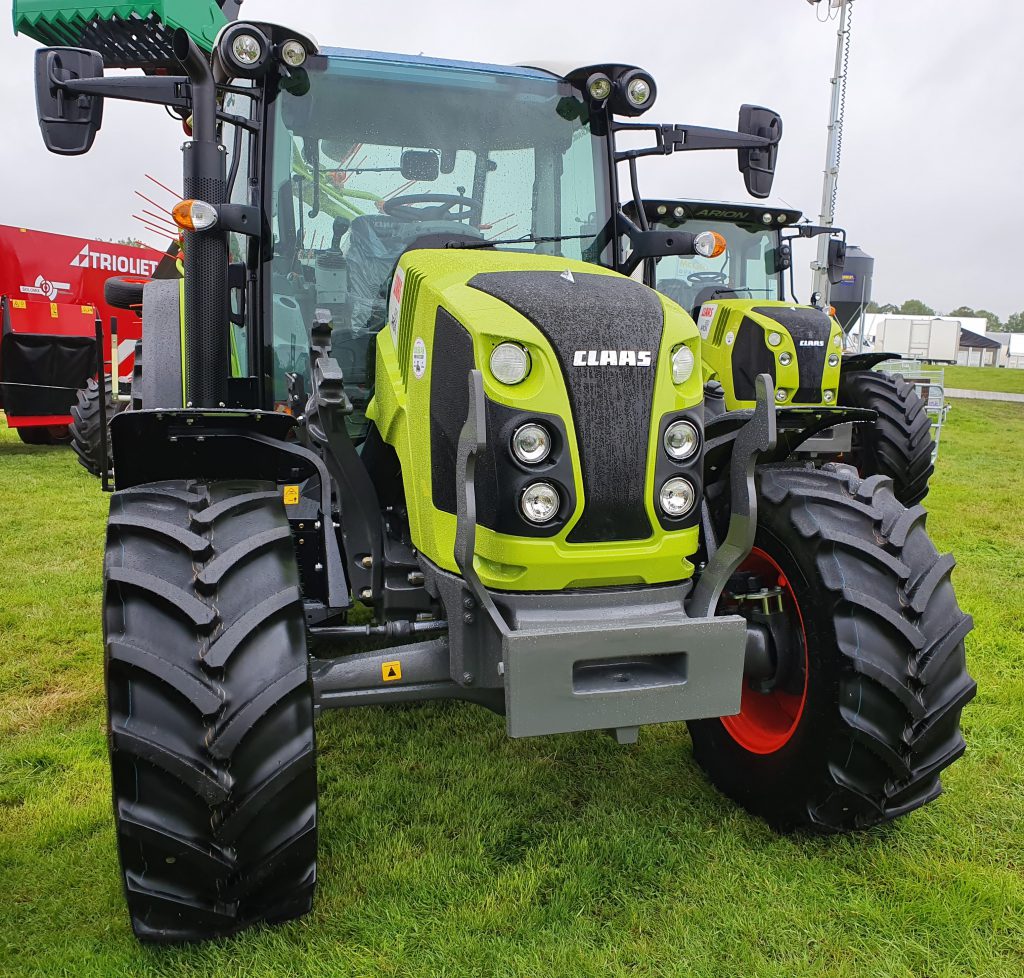 He added: “In the tractor market, we’re finding – up to this year – that stock-men were buying tractors up to 110hp…which was the [Claas] 300 series. This year, we’re finding that they’re changing them for the 400 series.

“An important thing for us – as a dealer – is the second-hand tractors.

Every Claas tractor that comes in – as a trade-in – is into the workshop…and fully overhauled from one end to the other. There’s nothing spared on them; whatever they need they get.

“That’s important, because it keeps the second-hand value up…and the customer’s happy with the tractor.”

He said: “We have customers looking for good tractors all the time.”

We also spoke briefly to Robert Birney – the site manager for the Tullamore Show. In the video, he told us about the preparations undertaken thus far – noting that much of the machinery was already on-site. 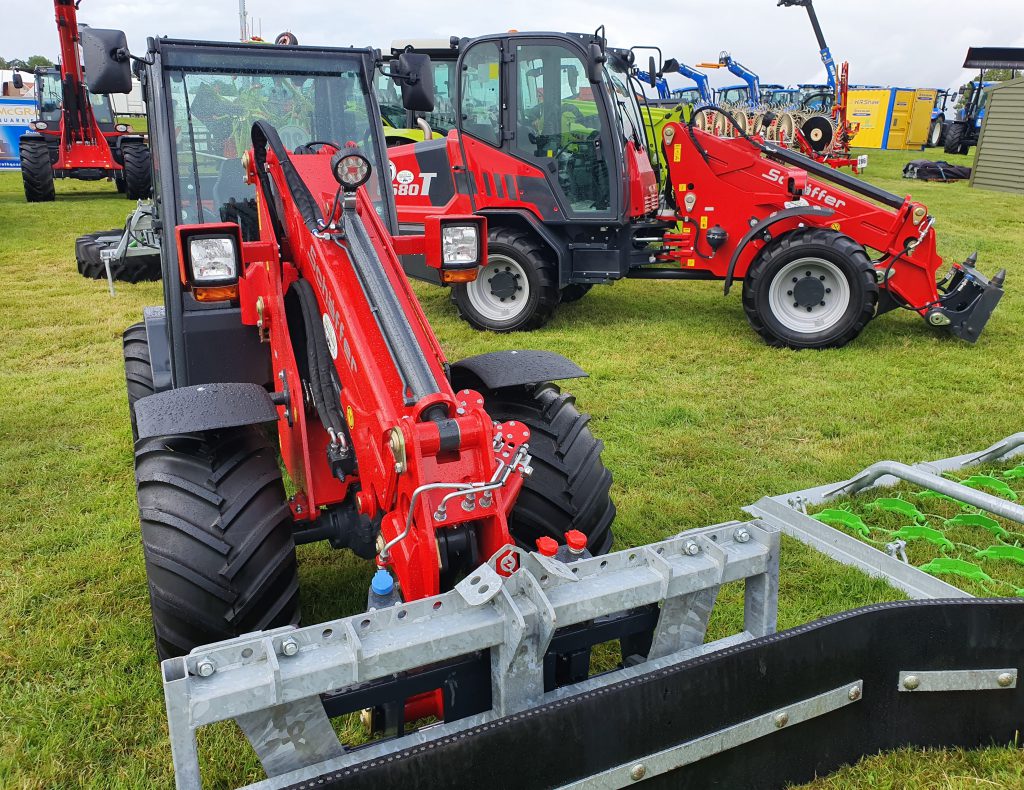 He said: “Everybody knows this is a national livestock show, but we have a huge amount of machinery and equipment on-site.

The machinery has been coming in predominantly within the last week; we’ve accommodated them by putting in steel track-way…and there are gravels roadways to protect the ground.

He explained that the show has been going since 1991. He mused: “There’s everything from grandfathers to grandsons on-site – to make it happen!”

Finding your way around

Meanwhile, the organisers of the show have released a detailed map of the site, showing the locations of the various (exhibition and activity) areas.

With this map at your fingertips, you should never find yourself at a loss – wondering what direction to face or follow.

Below is a JPEG image of this site map; simply click on the image to open up a larger version. 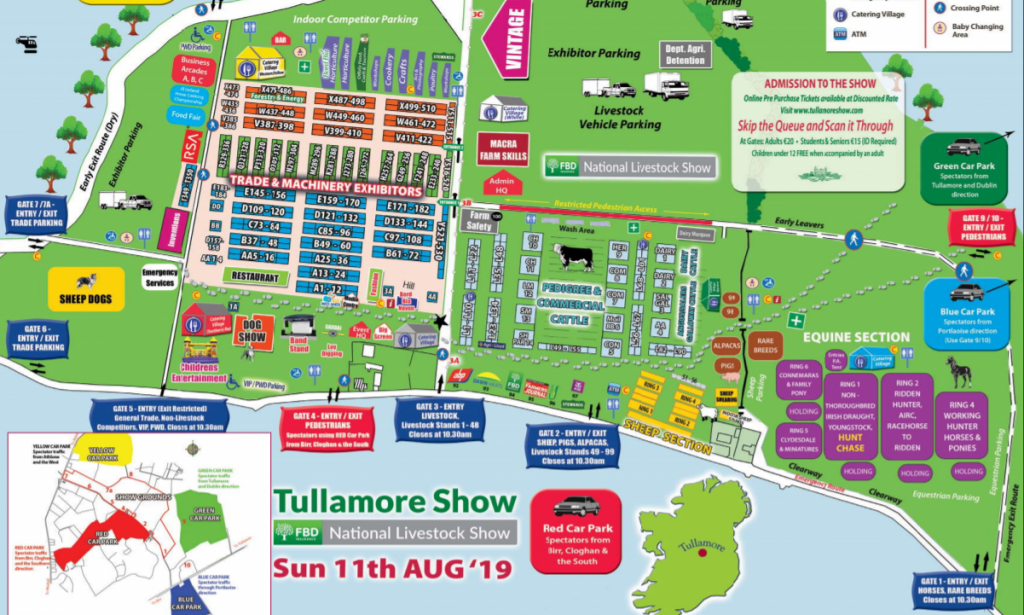 Alternatively, if you have a suitable viewer (application) on your PC, tablet or smart-phone, we also have a PDF version.

Click on this link or on the button below to open it (in which you will be able to zoom in and decipher all of the finer details). Site map: Tullamore Show 2019

The show’s organisers have also released a Gardaí traffic plan for the broader area, showing the locations of the various car-parks.

Below is a JPEG image of the car-park map; simply click on the image to open up a larger version. 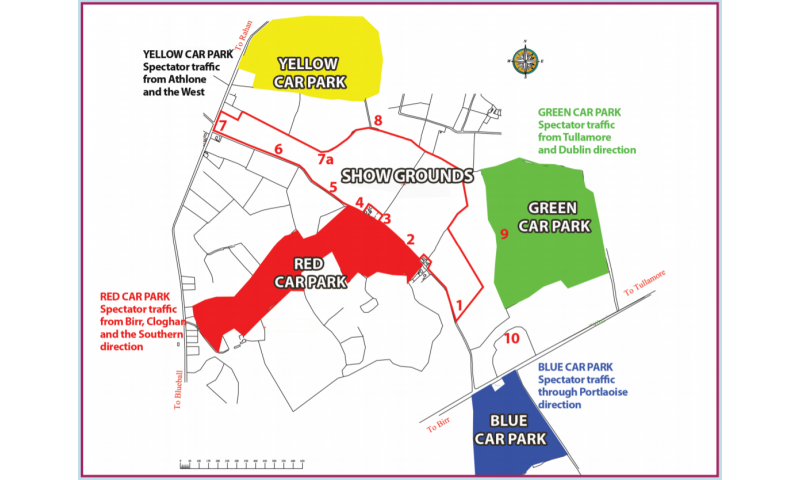 To learn more about the events, exhibitors and entertainment at this year’s show, you can visit the Tullamore Show and FBD National Livestock Show website.